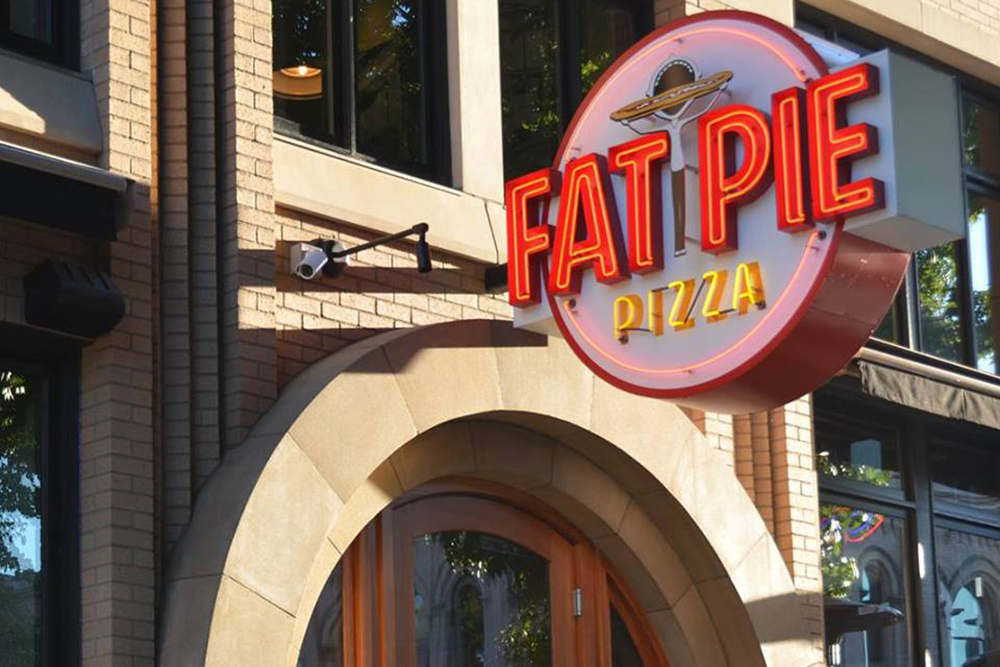 Eating at the ultra-hip Cogan’s, with two stores in Norfolk, Virginia, will give you “spaceman strength and endurance,” according to the company’s pulp fiction-inspired marketing materials. Cogan’s motto—“Pizza. Beer. Gorillas.”—grabs attention on a wide range of logoed merchandise, including T-shirts, caps and hoodies, while sidewalk signage draws the eye with original—and decidedly offbeat—artwork, and a green-skinned beauty with antennae sprouting from her head lures guests to the full-service bar. coganspizza.com 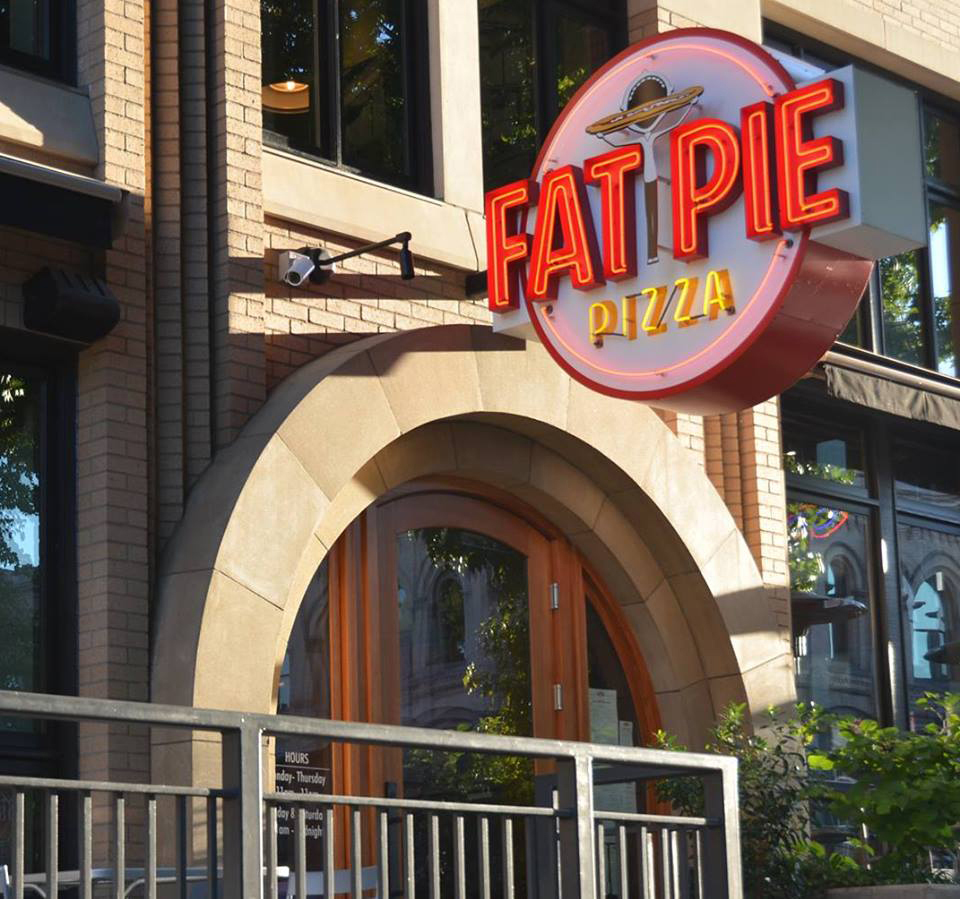 Located in Bellingham, Washington, FatPie built its reputation on Chicago-style pies made with a flaky cornmeal crust, but owner James Swift later added Detroit and New York styles to the mix. Swift’s company, the Raptor Group, also operates donut and ice cream shops in Bellingham, and Swift is known for trying to replicate foods he remembers from his travels or his childhood. Along with its elegant indoor setting, FatPie delivers dual-level rooftop seating in warm months. fatpiepizza.com 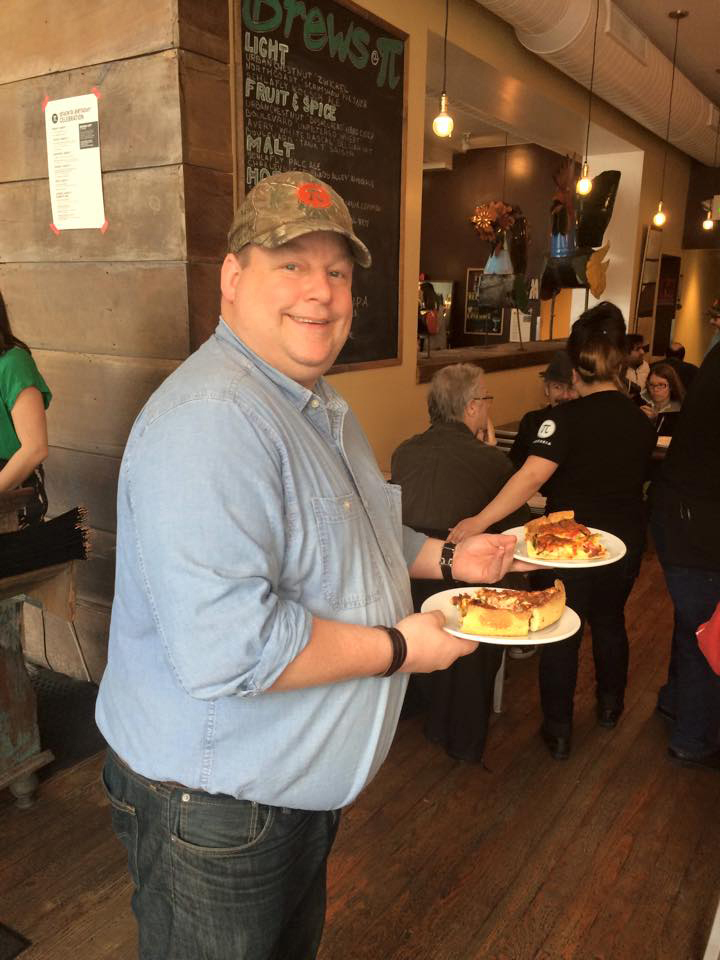 After noshing on fare from St. Louis’ Pi Pizzeria during a campaign event in October 2008, President Obama reportedly called the shop and said their pizza was the best he’d ever had. The White House later invited Pi’s team to Washington, D.C., to cook for the first family. Along with deep-dish pizzas, executive chef Cary McDowell is renowned for snacks like his Billy Goat Chips, pint of mussels and spicy pickles made with Huy Fong chili paste. pi-pizza.com 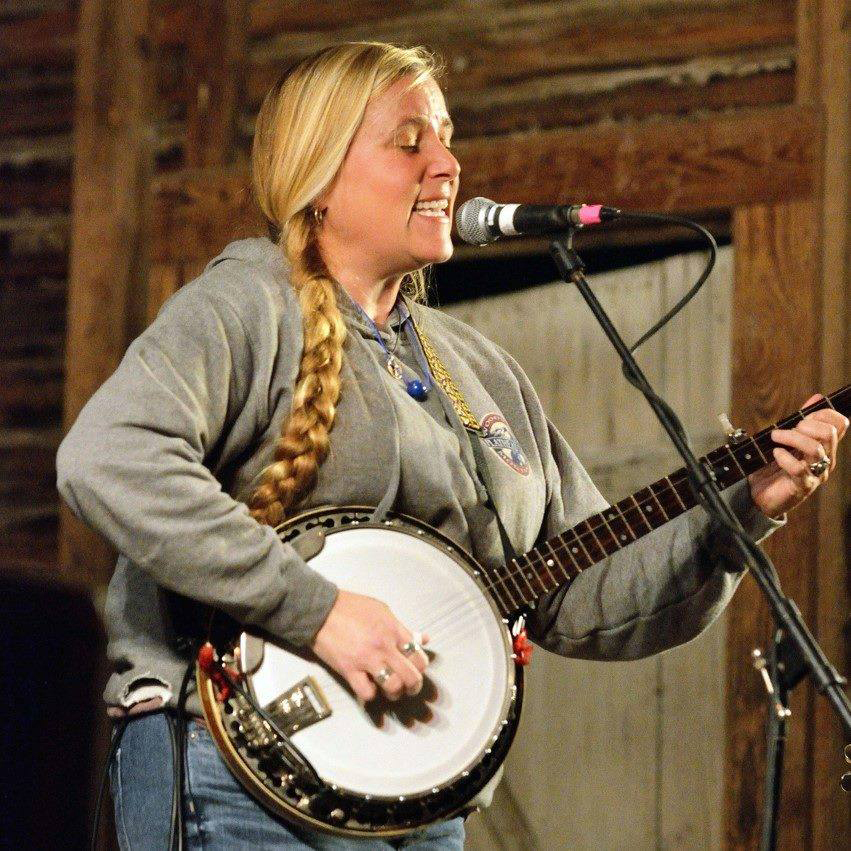