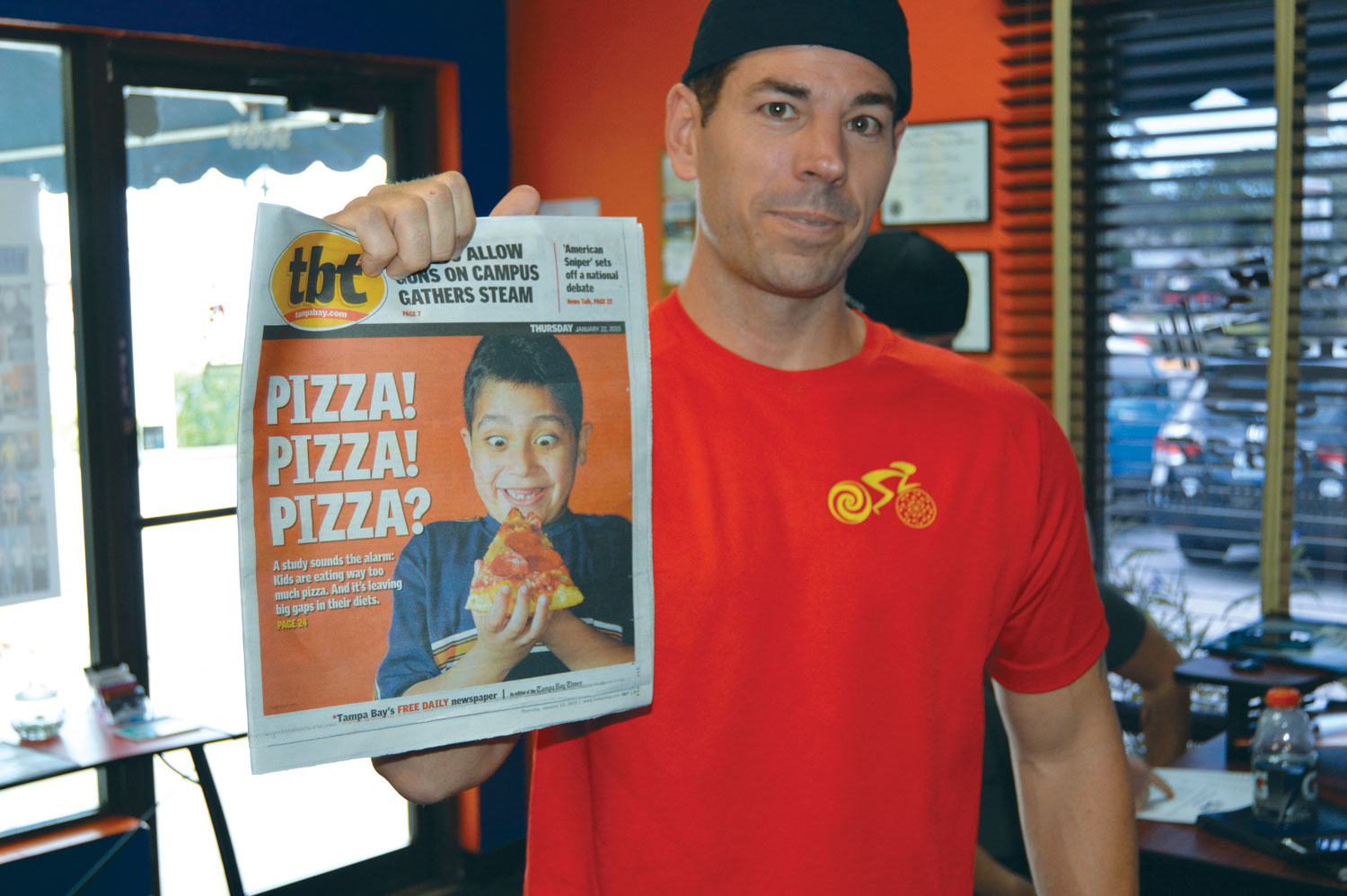 Friend of PMQ, pizza dieter and entrepreneur Matt McClellan has landed a major profile in another great magazine that ends in Q. GQcom takes a nutritional look at athletes while interviewing the owner of Tour de Pizza in St. Petersburg, Florida. McClellan was last featured in the May 2015 issue of PMQ Pizza Magazine before his GQ breakthrough.

GQ's Luke Darby interviews McClellan, who now coordinates his pizza intake with professional body building competitions. But McClellan's greatest passion continues to be standing up for America's embattled independent pizzerias. “I’m in an industry where it’s really easy to get picked on by nutritionists and doctors who always want to target our industry to make a quick buck,” he says. “‘Don’t eat carbs, don’t eat gluten, don’t eat sugar.’ Our industry is mostly independent, family-owned businesses, and we lose money every time one of these trendy diets come out.”

Read more about McClellan's pro pizza nutrition testimony to GQ and enjoy some of his bodybuilding photo poses.