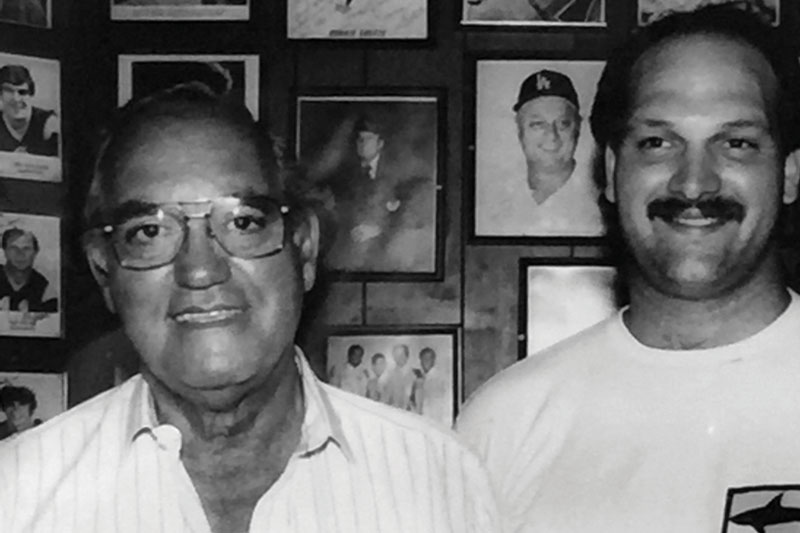 When he wasn’t working his beat, Frank Cozza, a police officer in Anaheim, California, often spent time in a restaurant called Costello’s in the 1950s, until the business moved locations. Its replacement, a beer and pool hall, eventually folded, and Frank’s wife, driving past the vacated building, noticed a “For Lease” sign. Frank leaped at the chance to create his own venue, and Mama Cozza’s Italian Restaurant (mamacozzas.com) opened its doors in 1965, with Frank and his wife helming the operation.

The couple did have some help: Friend Jack Sullivan, executive chef at the local Disneyland Hotel, initially guided them through the ins and outs of the biz. But when Frank’s Italian-born mother visited from New York in 1968, she swiftly kicked the couple out of the kitchen and went to work, showing them the “proper” way to cook her homeland’s delicacies. “My grandmother changed everything,” recalls Frank Cozza Jr., son of Frank. “My father knew how to cook, but not for people.”

Luckily, as a police officer, the elder Cozza counted many friends in the community, and word-of-mouth soon spread. Small menu tweaks occurred over the decades, but generally the recipes and menu have remained the same—and Frank Jr. believes this steadfast consistency has kept the restaurant afloat, even in rocky economic times.

Meanwhile, accommodating touches make customers feel like family; they’re treated to a pre-meal relish tray and breadsticks, plus after-dinner anisette and oranges, on the house. The lounge offers a lively atmosphere, with sports on six TVs and weekend live entertainment, while an adjacent banquet room hosts large parties. “We’re not looking for the one-time customer,” Frank Jr. notes. “We want people to come on a regular basis because this is their home. My father prided himself on service, so we make sure customers feel taken care of.”

Being in Southern California, Mama Cozza’s has attracted plenty of celebs over the years—Rudy Vallée, Ernest Borgnine and Gwen Stefani, to name a few—but the restaurant created its own celebrity when it was featured in 2010 on the popular Food Network show Diners, Drive-Ins and Dives. “That sparked my father’s life and gave him a sense that he did well,” Frank Jr. proudly remembers. “The 50 years have gone by so fast. It’s been a nice ride, and we just keep going.”