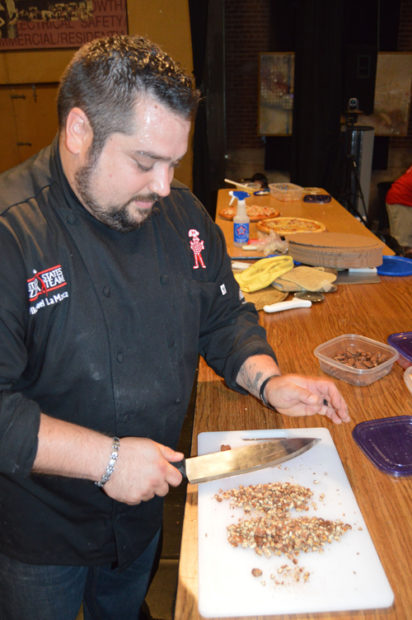 Mike LaMarca played the flavor card on Independence Day with his Orange Crush pizza to win the second annual Slice of Americana competition. The event took place in Oxford, Mississippi, home of the event's sponsor PMQ Pizza Magazine. Eleven pizzaioli, from sites as far away from Oxford as Fort Lupton, Colorado, and Katy, Texas, competed in a grueling culinary test of pizza taste, presentation and crust perfection.

LaMarca owner of six pizzerias called Master Pizza, based in the Cleveland, Ohio, area, said his creation, the Orange Crush "Takes you through many levels and flavors of one of the most versatile fruits." The pizza is prepared with a base of orange zest fermented in canola oil mixed with herbs and spices. That's topped with a layer of fresh-cut and grated parmesan, asiago, mozzarella and provolone cheeses and thick-cut honey-cured bacon and dried cranberries. Finally, LaMarca's citrus vision crushed the field with its toppings of fresh arugula, fresh-cut orange slices, tomatoes, fried orange peel and crushed candied pecans (pictured). 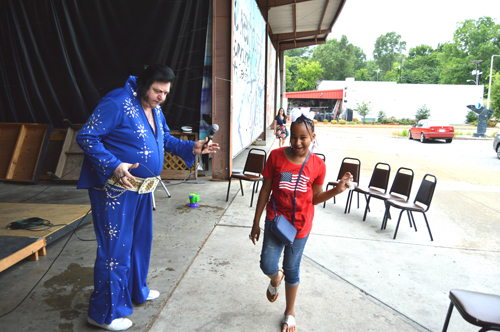 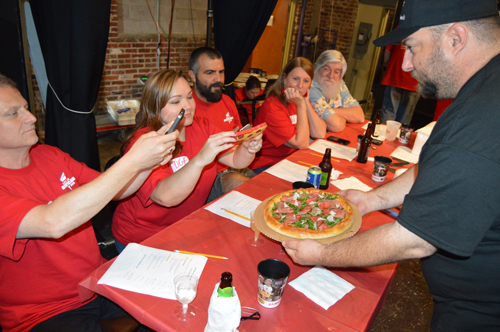 But Slice of Americana was just as much a celebration of pizza and American icons as it was a competition. An Elvis impersonator performed for attendees and sampled the pizza along with a steady crowd of 200-300 pizza lovers who purchased tickets. Kids took part in dough-stretching and spinning classes outside of Oxford's Powerhouse venue, while a fascinated gallery watched the pizza-makers prepare and bake their creations before presenting 11 different competition pizzas to the judges for tasting. The pizza chefs busily shared ovens donated by event sponsors on the Powerhouse stage while the play-by-play was excitedly narrated by Oxford Arts Director Wayne Andrews. 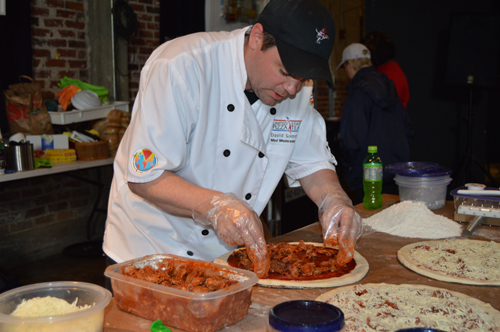 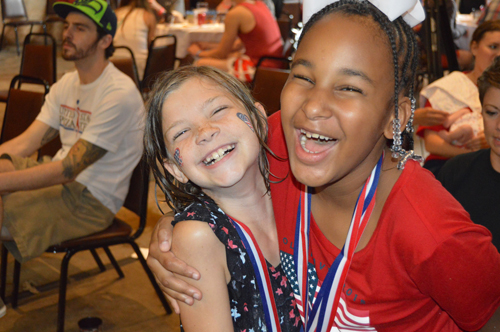 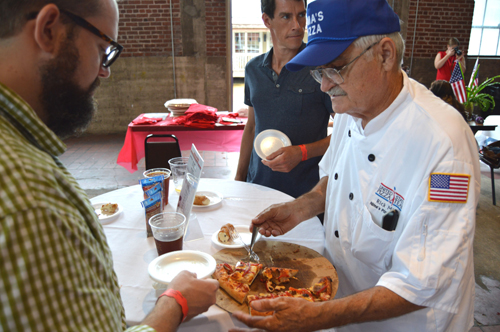 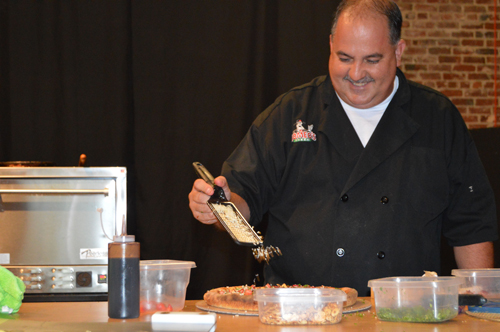 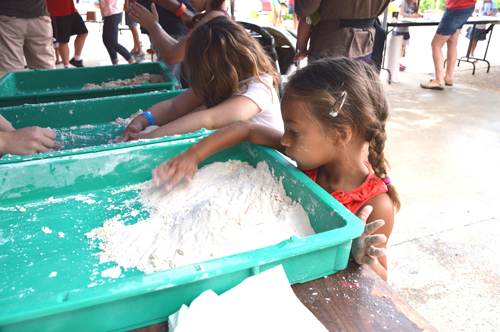 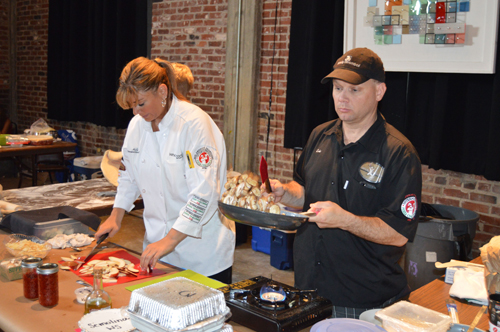 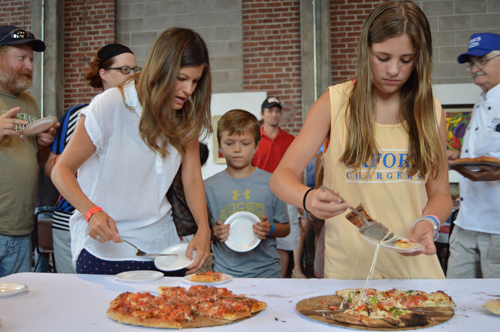