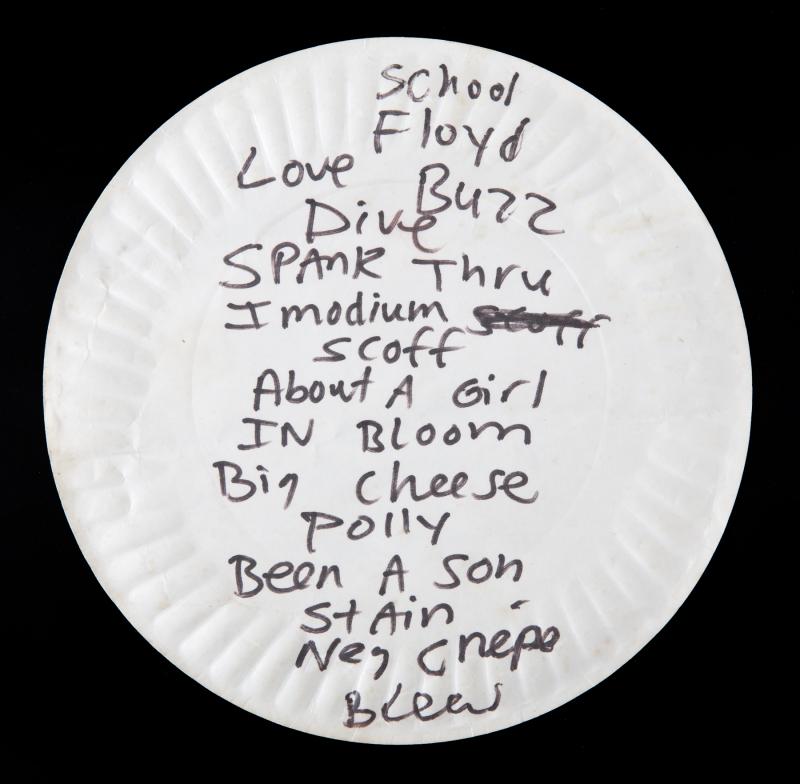 One of the many famous faces of anti-establishment, Kurt Cobain's legacy has ironically made him mainstream, especially as his grease-soaked paper plate that he once ate pizza from auctioned for $22,400.

Julien's Auctions posted the item on May 18 as part of its annual Music Icons Auction in New York City with a small starting bid of $1,000. It closed the auction the same day with the massive winning bid, although the bidder is unknown.

The paper plate dates back to April 23, 1990 at the 9:30 Club in Washington D.C. before Nirvana skyrocketed in fame. A band member of THUD, Johnny Riggs, was the one who saved the plate.

In his signed letter of authenticity, he wrote: "After eating some pizza before the show, Kurt made out his set list. He took the paper plate that he’d been eating pizza on, and wrote the set list on it with a black Sharpie. There is a distinct pizza stain on the back that you can see in the closeup photo. (I grabbed the plate when they were done playing. That makes it more cool than just a piece of paper. It’s a lightly-stained pizza plate from Kurt’s own meal!"

The set list had 15 songs on it from "School" to "Blew," all songs from their debut album "Bleach."

"This is a piece of history. A handwritten set list by Kurt before the fame hit. You don’t see many of those anymore; most of the ones that came later weren’t handwritten," Riggs wrote. "This is a hard piece to let go of, but I’ve held on to it for nearly a quarter of a century. I hope it brings you some joy."

The exact pizza they ate that night is unknown, but its grease lives on forever with Kurt Cobain's legacy, especially at a value of over $22,000.