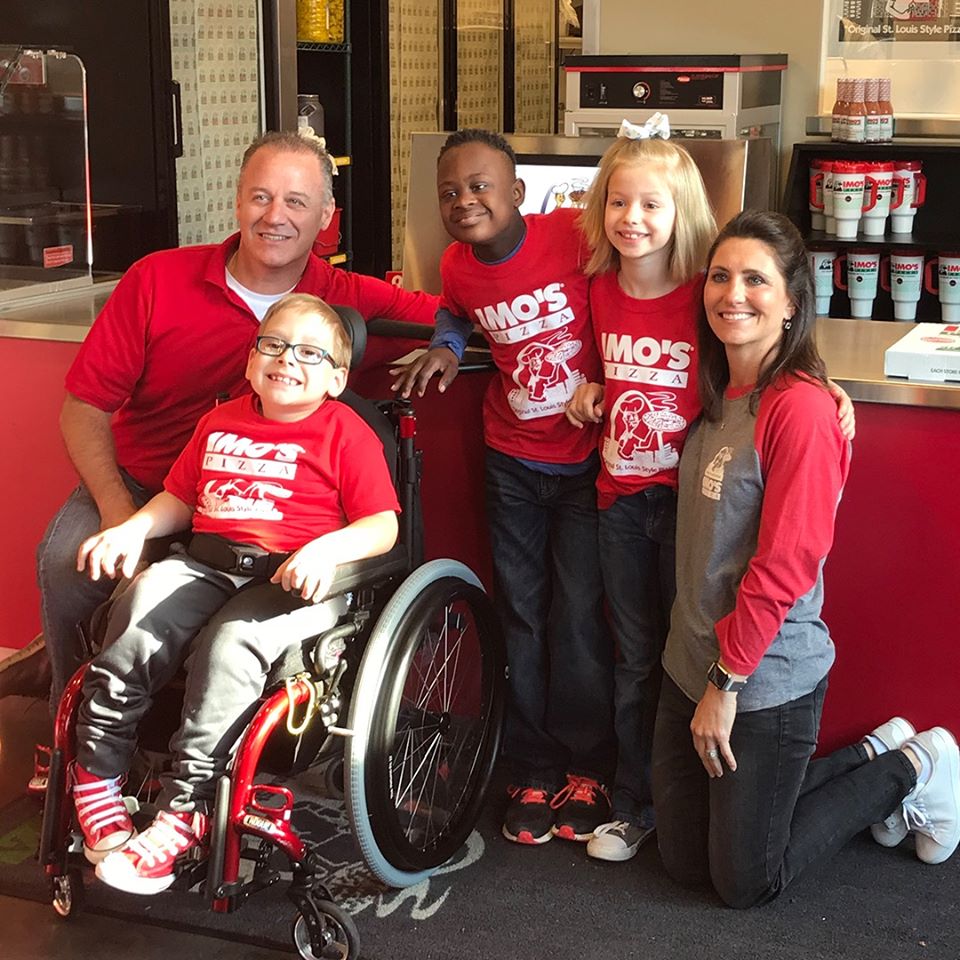 Imo's Pizza has partnered with and raised funds for Variety - the Children's Charity of St. Louis for more than 20 years.

Fifty-five years since the first Imo’s Pizza opened in The Hill neighborhood of St. Louis, an heir to the family-owned business is taking on an “Impossible” challenge—adding plant-based meats to the menu.

Imo’s claims to have originated the St. Louis style of pizza, which includes a unique blend of cheeses called Provel, along with a cracker-thin crust that’s cut into squares, a slightly sweet sauce and toppings that are placed all the way to the edge of the crust.

Now Carl Imo, president of Imo’s Pizza and son of founders Ed and Margie Imo, says the chain will add plant-based ingredients from Impossible Meats to some of its pies for customers who want vegan options. “Everyone’s getting into that market,” Imo told the St. Louis Dispatch.

According to the newspaper, Imo’s has tested about 15 plant-based meat products and plans to roll out new meatless options this summer. They will likely include meat-free sausage and pepperoni toppings.

Imo’s famous Provel cheese blend was created in 1947 specifically for pizza applications. It combines provolone, Swiss, cheddar and liquid smoke. Provel may have been crafted to mimic the smoky flavor of a pizza coming out of a wood-burning oven.