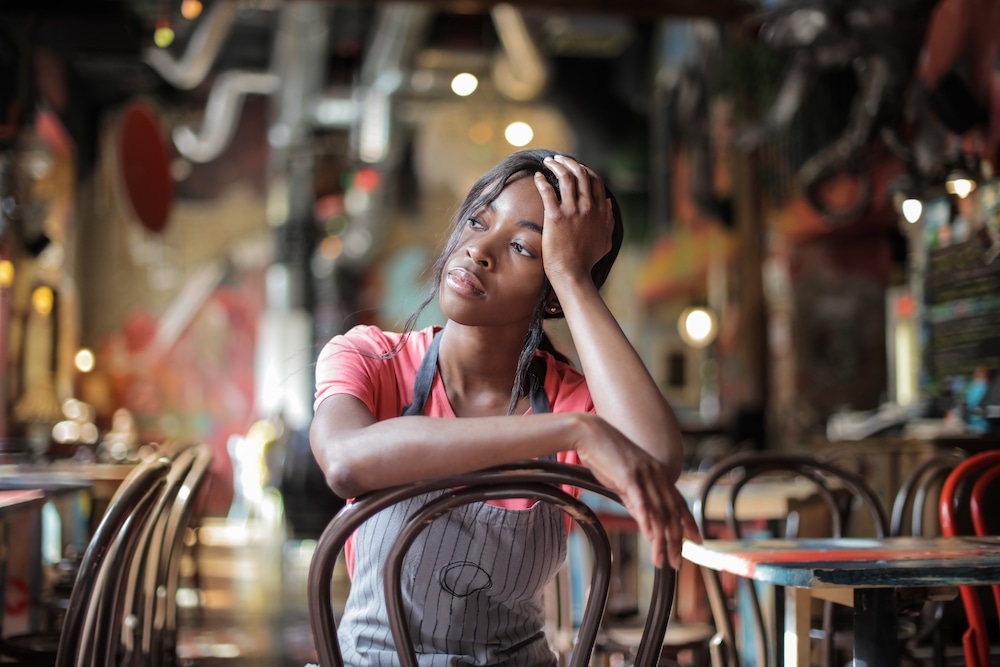 Editor’s note: This story has been updated as of 11:05 p.m., Wednesday, March 25, with quotes from a National Restaurant Association executive.

A Senate bill with bipartisan support would provide relief for many Americans—including restaurant owners and employees—affected by the coronavirus health crisis in the form of substantial increases in unemployment benefits and low-interest loans to small businesses.

Nationwide, restaurants have either been forced to close their dine-in services or have voluntarily shut those services down, sacrificing billions in sales and sending employees home without pay. Others have closed their doors entirely for the short term. Although many restaurant owners, especially in the pizza sector, have found some success offering only delivery and carryout, reduced services and hours of operation will likely hurt their revenue for weeks or months to come.

After considerable haggling and finger-pointing over the past week, Democrats and Republicans, including Senate Majority Leader Mitch McConnell, Minority Leader Chuck Schumer and Treasury Secretary Steven Mnuchin, reached an agreement on the bill early on Wednesday morning. The bill would still have to be approved by the House, but media reports indicate Speaker Nancy Pelosi, who collaborated with Schumer throughout the process, intends to fast-track it to approval.

The stimulus deal comes with a price tag of $2 trillion.

The legislation includes direct payments of $1,200 to American adults in the middle class and lower income levels, plus $500 to parents for each child under the age of 17. It also funds a significant expansion of unemployment insurance and provides $350 billion in the form of loans for small businesses impacted by the coronavirus pandemic.

The bill allows small businesses, such as independent pizzerias and other types of restaurants, with fewer than 500 employees to obtain loans of up to $10 million from local Small Business Association (SBA) lenders. Pizzeria owners can use the loans to cover rent, mortgage and payroll expenses, including paid sick, medical or family leave, as well as costs related to group healthcare benefits. Depending on the extent the loans are used to keep employees on the payroll through June 30, 2020, the loans can be forgiven.

The unemployment benefits will be of special interest to fulltime restaurant workers who have suffered job losses or temporary layoffs in the wake of the coronavirus crisis. The bill includes an extended unemployment insurance program that will allow four months of  so-called “full pay” rather than the usual three months.

The bill also raises the maximum unemployment benefit by $600 per week in addition to state benefits, which range from an average of $200 to $550, depending on the state, according to CNN. This provision will be applied for up to four months. And the bill would add up to 13 weeks of extended benefits covered by the federal government. Most states currently offer unemployment benefits only for up to half a year, although some offer limited extensions.

Schumer, who pushed for the added unemployment benefits, told CNN the bill provides “unemployment on steroids.” He said it means “the federal government will pay your salary, your full salary, for four months.”

Additionally, the bill would create a pandemic unemployment assistance program to provide benefits for independent contractors, gig economy workers and the self-employed.

As CNN notes, however, it’s unclear how the bill will help part-time workers, who aren’t eligible for any unemployment benefits in some states.

The National Restaurant Association (NRA) last week asked Congress and the President to provide more than $350 billion in targeted relief for the restaurant industry. As the coronavirus pandemic spreads, the NRA forecasts industry sales to decline by $225 billion during the next three months, costing between five million and seven million jobs. It estimated that a three-month shutdown of restaurants would create a total economic impact of $675 billion “since every dollar spent in restaurants generates an additional $2 elsewhere in the national economy.”

After details of the bill were released on March 25, Sean Kennedy, the NRA’s executive vice president of public affairs, praised Trump and leaders in both parties for “crafting a relief bill that gives unique recovery options to the restaurant industry. This measure is an important first step to help restaurants weather the storm, take care of our employees, and prepare for when we are given the signal to open our doors once again.”