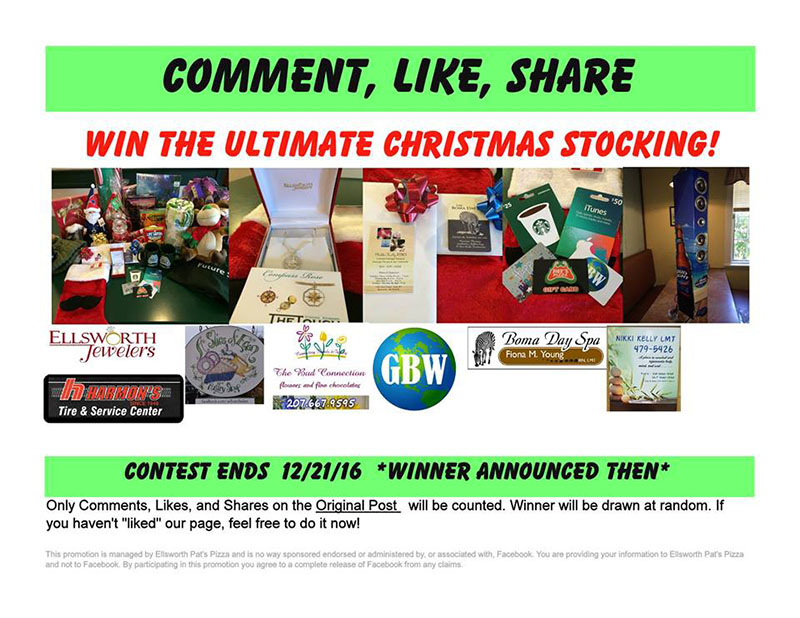 When Tim McCarthy stuffs a Christmas stocking, he really stuffs it. The manager of Pat’s Pizza in Ellsworth, Maine, McCarthy oversaw a Facebook promotion that generated thousands of reactions, comments and shares and boosted the pizzeria’s social media presence throughout the community.

According to McCarthy, the promotion’s posts garnered a total of 10,752 reactions, 7,240 comments and 6,828 shares. Once the promotion hit the magic number of 6,000 reactions, McCarthy sweetened the pot by adding a second winner for the $200 gift card for Pat’s own pies.

“We have a widely followed Facebook page with nearly 24,000 fans,” McCarthy said. Not bad at all for a pizzeria located in a town of only 7,000 people!