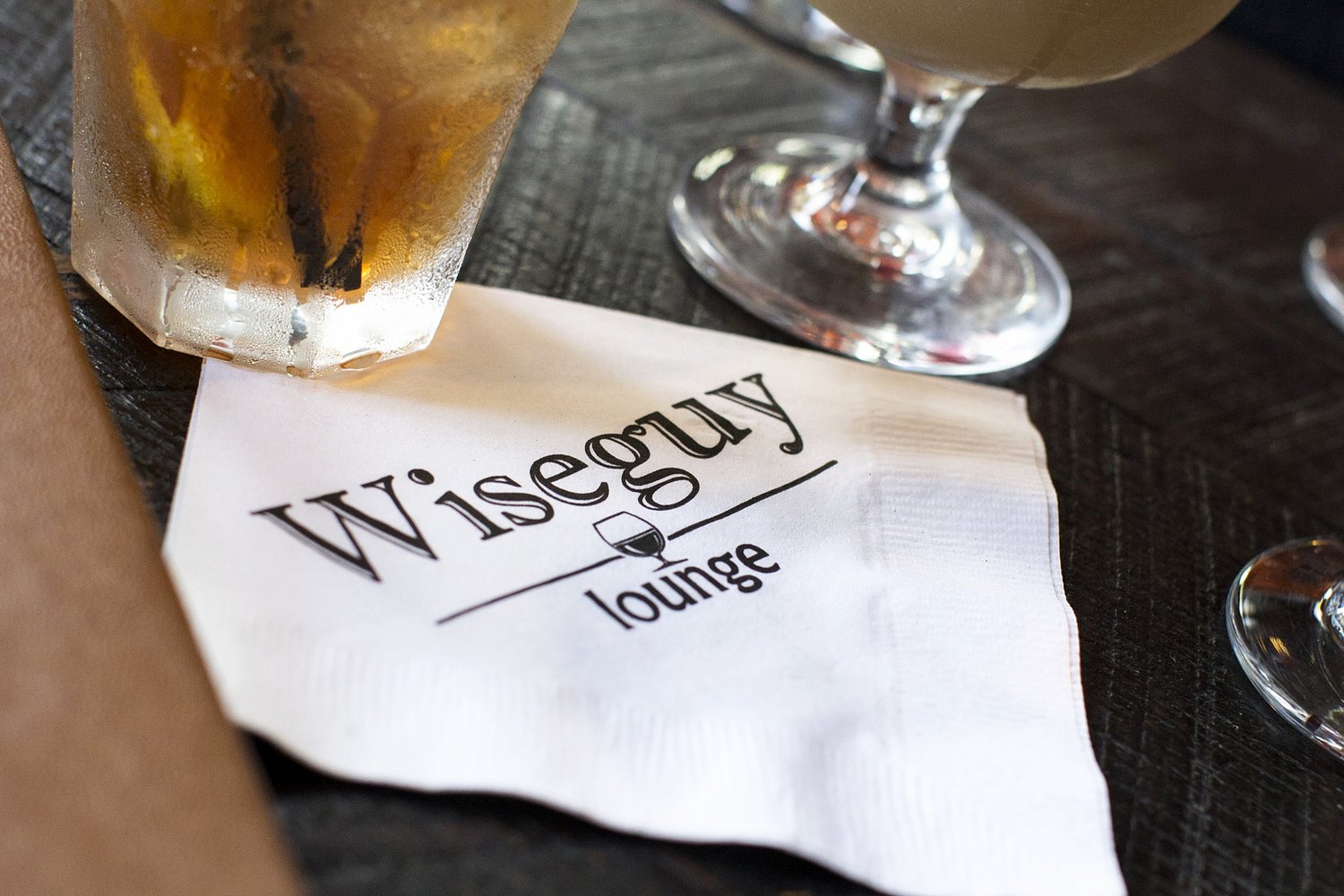 A Lexington, Kentucky location of Goodfellas Pizzeria announced it’s “closing down shop to retrain” employees after a negative video review went viral two weeks ago and caused a huge backlash on Yelp. But the store’s co-owner later clarified that the retraining will actually take place in the mornings before the store’s regular business hours.

The Goodfellas Pizzeria in the Distillery District found itself under siege on Yelp earlier this month, thanks to Dave Portnoy, the founder of the BarStool Sports website, and a Goodfellas employee who was caught on-camera asking Portnoy to leave the restaurant. Portnoy, who appears in BarStool Sports video reviews of pizzerias around the country, had just taken a bite out of a cheese slice and complained that it was “ice-cold.” As Portnoy continued to gripe on-camera about the slice, an unidentified Goodfellas employee walked up and asked him to “make your way out this way,” pointing away from the pizza shop.

Portnoy left in a huff, exclaiming, “What a mistake that guy made!”

The video was posted on the BarStool website on a Monday night, and, due to the outrage of the site’s fans, the restaurant’s Yelp rating reportedly plummeted from around 4.3 out of 5 stars to 1.5 stars within hours, according to Kentucky.com.

The Goodfellas store’s co-owner Alex Coats reacted quickly, acknowledging the employee’s mistake and admitting to Kentucky.com, “Unfortunately, we dropped the ball. They served him a cold slice of pizza, and it escalated from there.”

Goodfellas tweeted out an apology, which Portnoy accepted. Portnoy said he felt “kinda bad for them” and planned to visit the store again next time he’s in town. Many of the pizzeria’s fans also rallied to show their support and posted their own positive reviews on the store’s Yelp page. Its rating is now back up to around 4.5 out of 5 stars again.

On Tuesday, October 23, the Goodfellas location posted a notice on Instagram announcing how it would remedy the situation with its staff.

“We are blown away by the support we’ve received over the last two weeks and deeply appreciate your business over the years,” the post read. “You have reignited our purpose. That said, we’ve got some work to do. We’re closing down shop to retrain our staff and get back to basics—delicious, hot slices and exceptional service.” 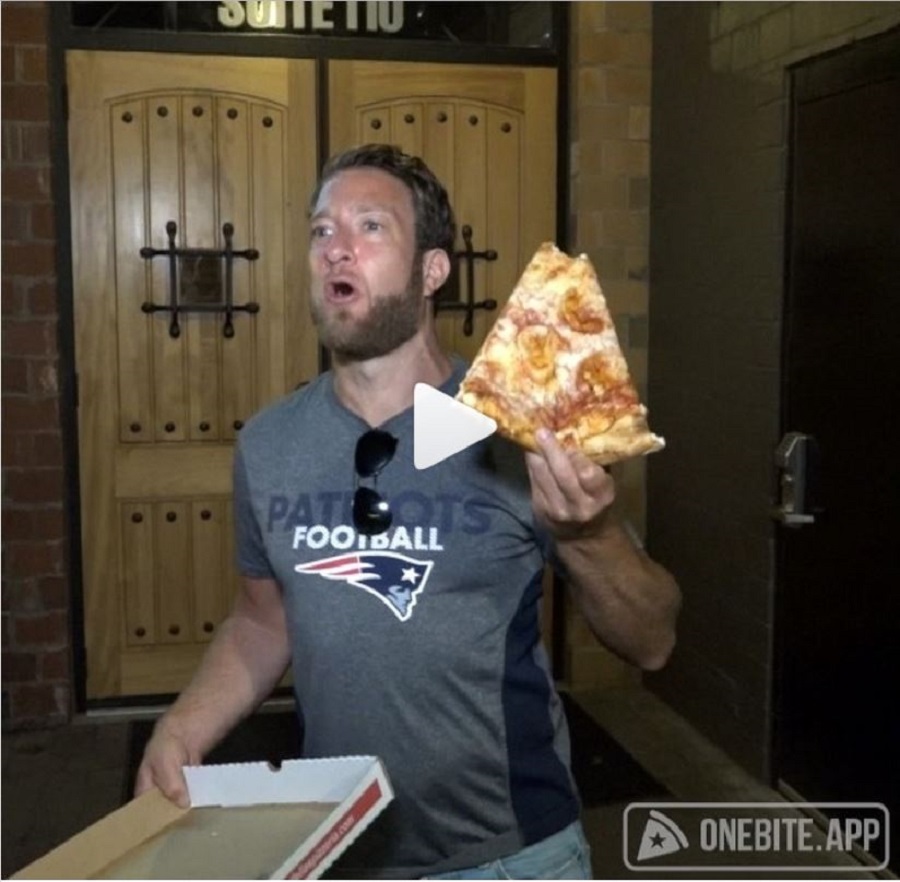 To clear up any confusion about the shop’s operation, Coats told Kentucky.com that the training would take place “at the beginning of the day, two to three hours before we open. It’s while we are closed, but we’re not closing (the pizzeria).”

To show there were no hard feelings, Portnoy tweeted a response to the announcement, saying, “This is stunning. I’m now rooting hard for @GoodfellasPie.” 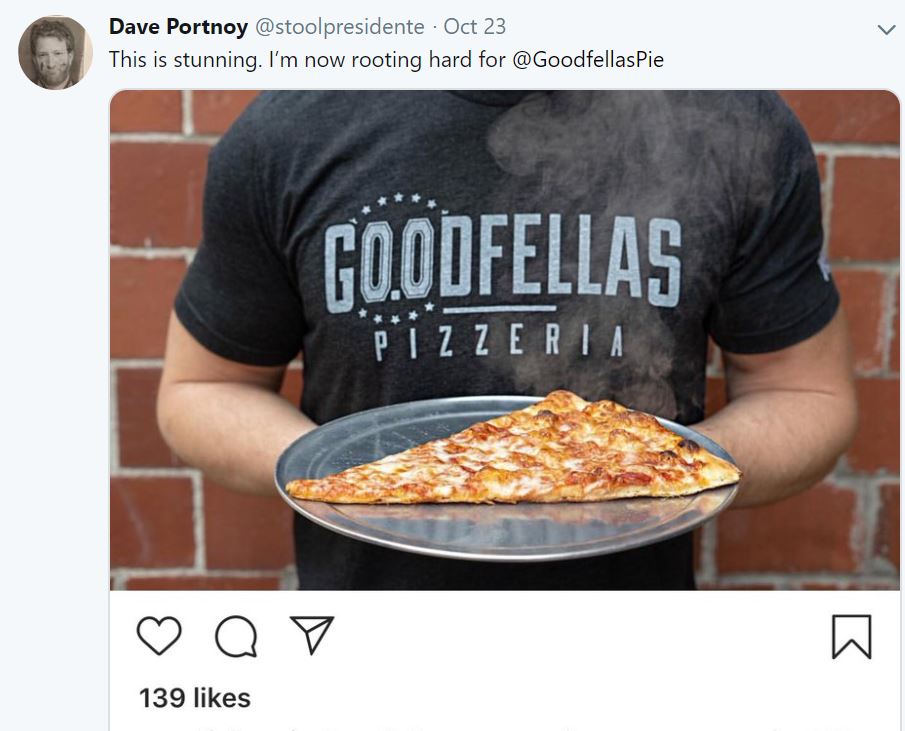