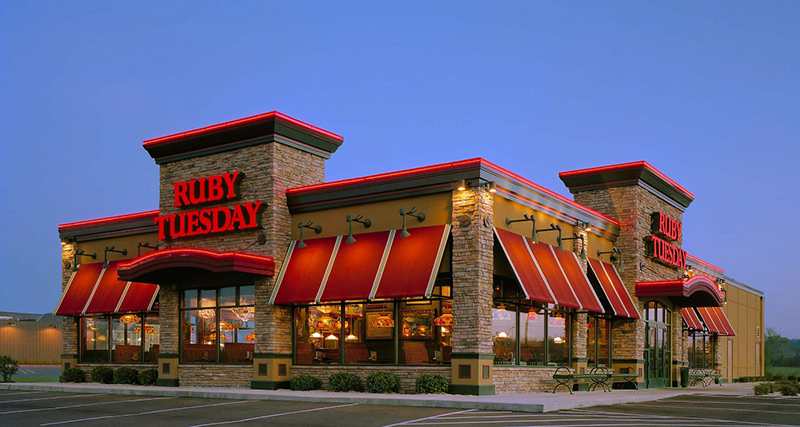 Chains are hurting as the U.S. undergoes “one of its biggest restaurant shakeouts in years,” the Wall Street Journal reported recently, but independents aren’t really doing any better. The number of restaurants has been exceeding customer demand, leading to closures and bankruptcies around the country.

Ruby Tuesday Inc. recently announced it will say goodbye to nearly 100 restaurants, while Bob Evans Farms closed down 27 locations in April alone, plus 20 last year. Three lesser-known restaurant companies have also filed for Chapter 11 bankruptcy protection. These include Cosi Inc., Rita Restaurant Corp. (parent company of the Don Pablo chain) and Garden Fresh Corp. (operator of Souplantation and Sweet Tomatoes.) Five others have also filed for court protection this year and will likely shut down locations.

“Part of the problem is that the supply of restaurants continued to grow in past years, even when foot traffic didn’t,” the article states. “Between 2006 and the industry’s peak in 2014, the number of restaurants in the U.S. grew 7.3 percent to more than 638,000—outpacing the 6.9 percent growth rate of the U.S. population over that period, according to NPD Group, which studies eating patterns in the U.S.”

The total restaurant count is now down to a little over 624,000 the WSJ says. Ultimately, the numbers are looking better for the big chains than for smaller operators. Many independents have closed their doors, while many chains continue to add new stores. It hasn’t helped that the 18- to 35-year-old demographic has been cutting back on restaurant visits, although people under the age of 20 are going out to eat more—just not enough to make up for the drop in patronage from other consumer groups.

“Uncertainty about the outcome of the U.S. presidential election and what it might mean for the economy plays a role,” the WSJ goes on to say. “But young people also have found they can save money by shopping at the grocery store, where food is at its cheapest point relative to restaurants since the mid-80s, according to government data. Although millennials, who have delayed marriage and having children, don’t typically fill up their grocery carts, many of them like to cook.”

Delivery companies specializing in meal kits-to-go have begun to take their toll on traditional restaurant services, the WSJ says. Restaurant lunchtime visits are also down, while some chains are struggling with heavy debt loads. “If restaurants can’t make their offerings distinctive and compelling enough for customers, they will need to consider providing delivery service, analysts and industry executives say. Some operators are doing both. In the past two years, Darden’s Olive Garden has placed an emphasis on offering catering delivery and takeout and has been trying to appeal to millennials with meals served at pop-up communal tables around the country.”