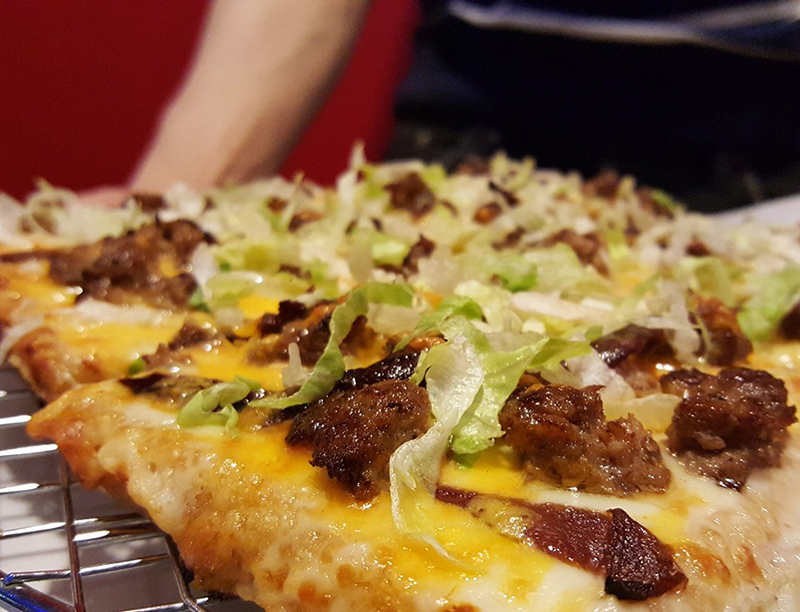 Kim, the owner of Seoul Waffle Pizza in Los Angeles, has invented a truly original style of pie. According to Thrillist.com, he makes his dough using wheat flour cut with rice flour, resulting in a crust “that’s closer to thin-crust pizza than the breakfast staple.” Capitalizing on the popularity of fusion cuisine, it’s topped with a combination of Korean- and American-style meats and veggies.

According to LA Weekly, the restaurant’s menu features nine waffle pizzas, including the Seoul Lover (topped with sweet beef gulgogi, grilled kimchi and corn) and the Spicy Chicken (gochujang, onions and scallions). The Four Seasons combines a tomato pesto, pepperoni, kimchi aoli with chicken breast, and barbecued steak. As any wafflephile would expect, every order comes with maple syrup. “The result is so enjoyable,” writes the LA Weekly’s Heather Platt, “it’s puzzling as to why it’s the first time someone thought of this combo.”

Los Angeles Magazine’s Josh Scherer described the waffle pizza (pizza waffle? piffle?) as “remarkably crispy,” adding, “There was never anything wrong with waffles and pizza by themselves … but when you combine the two via novelty food alchemy, you get the perfect intersection of form, function and Instagrammable magic.”