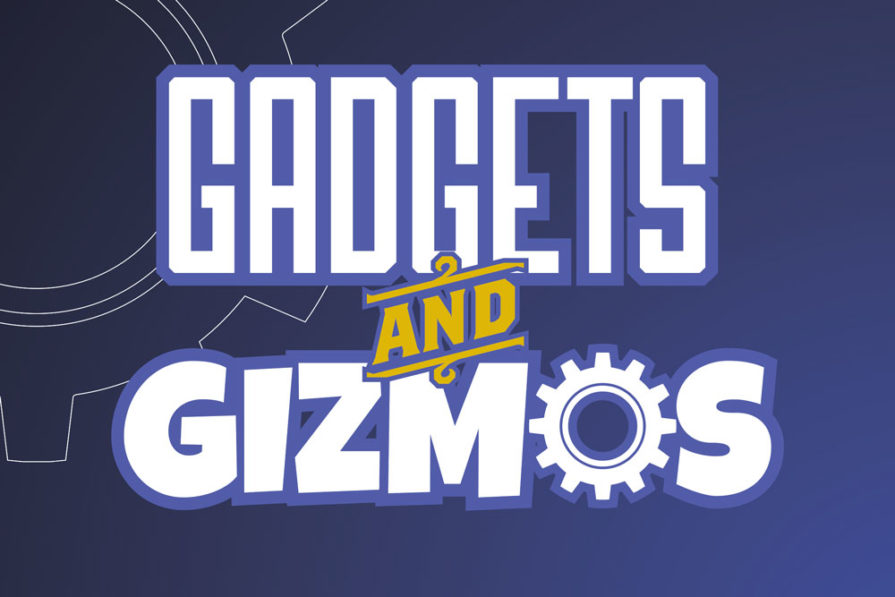 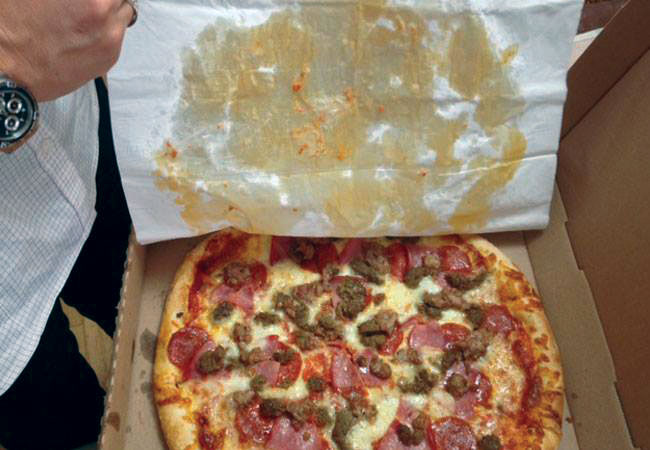 When it comes to recyclable packaging, grease is not the word. Grease-stained pizza boxes may be rejected as unfit for recycling, but this new liner from StitZii aims to solve the problem and boost business’ green credentials. Placed as a barrier between the box and the pie, the StitZii liner—comprised of three oil-absorbing, multi-ply paper layers and an oil-resistant oleophobic layer—traps and removes excess fats, oil and grease. Once discarded, the liners decompose quickly, leaving near-zero waste in landfills. And if sustainability isn’t enough, the company says its liner can remove up to 27.2 calories, three grams of fat and 15 milligrams of sodium from a single slice of pizza! stitzii.com 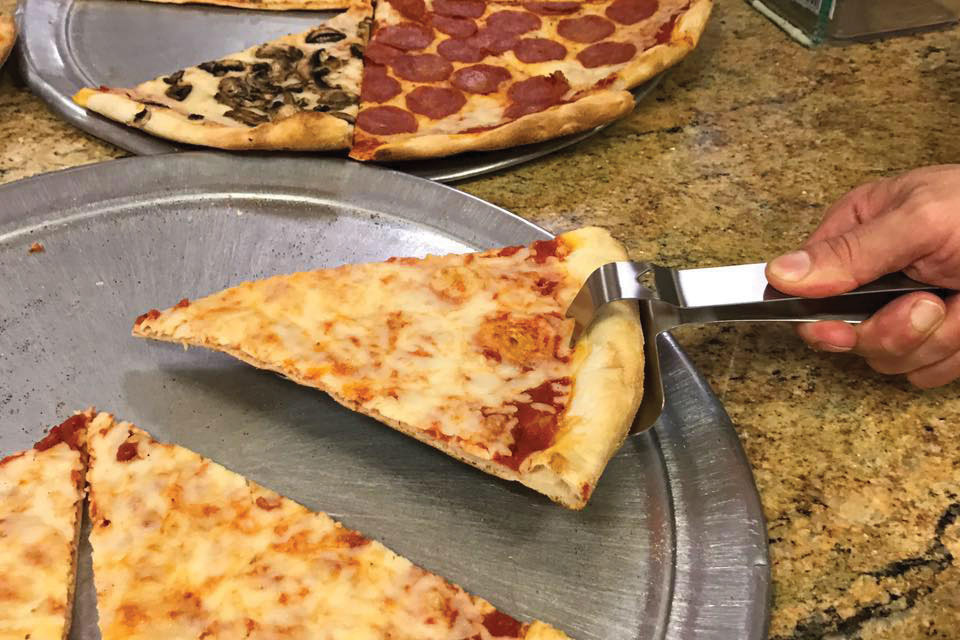 Keep Your Hands to Yourself

When it comes to someone pawing a pizza after it comes out of the oven, customers can be, well, touchy. John Giovanni, owner of Giovanni’s Pizza & Pasta in Whitehouse Station, New Jersey, invented The Pizza Tong after fielding a Yelp complaint about an employee handling a baked slice with his bare fingers. It doubles as a spatula and a pair of tongs with a heat-resistant handle. The tong lets you grip the pizza firmly, while the spatula slides smoothly underneath, letting you move the pie or slice without touching it directly or wearing gloves. thepizzatong.com 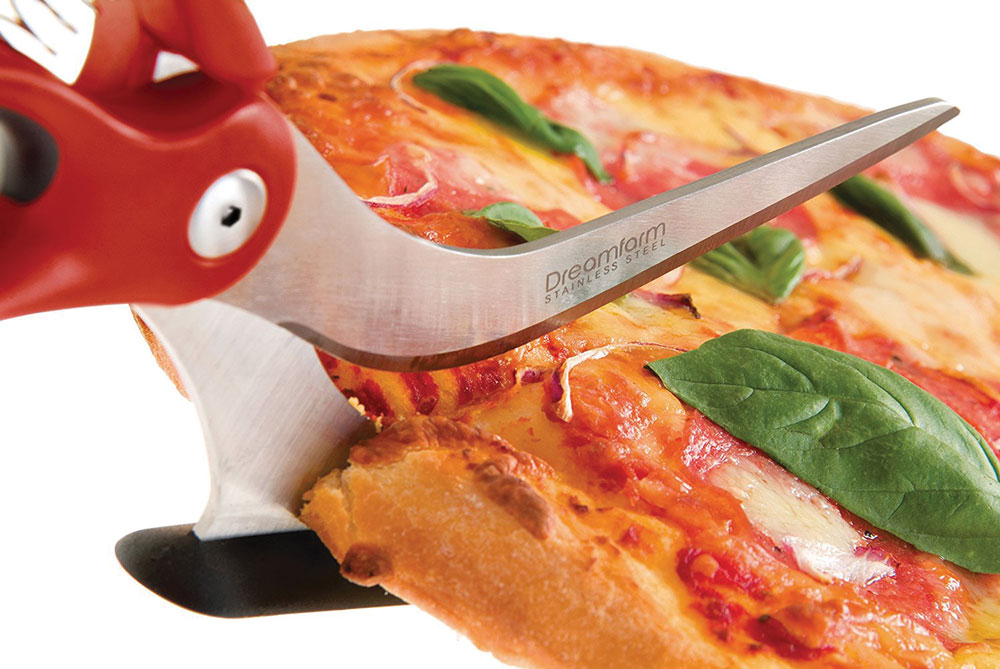 Tired of hacking away with your old-fashioned pizza cutter? This fun-to-use tool combines a nylon spatula base with a pair of scissors boasting hardened, extra-long German stainless steel blades. Simply slide the base underneath the pie and start cutting. Scizza’s base won’t scratch your pans or dull on pizza stones and is heat-resistant up to 400°. Amazon reviewers gave this handy-dandy gadget 4.7 out of 5 stars. Available on amazon.com or dreamfarm.com 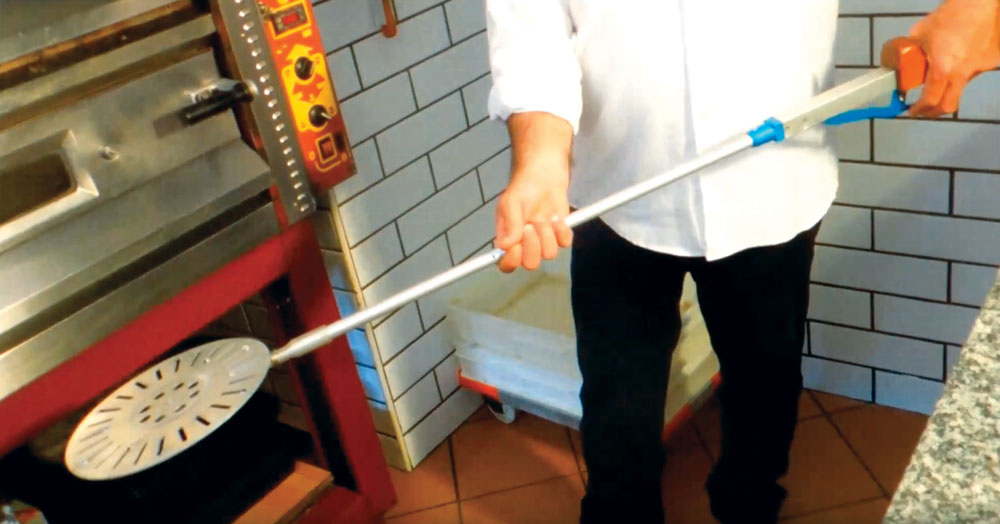 Peels: The Next Generation

Ever tried to teach a new employee how to deftly handle a peel and rotate pies in a superhot oven? Did you hate every minute of it? The RotoPeel shortens the learning curve, thanks to a rotating disk that can be manipulated with a control lever on the handle. With a press of the lever, the disk spins by just a few degrees at a time, allowing you to more easily rotate and reposition pies for the optimal bake. That means a new employee can get the hang of pie cooking pretty quickly. All the RotoPeel needs now is an American distributor; at present, it’s available only in Italy. vesuvian-design.simply.net 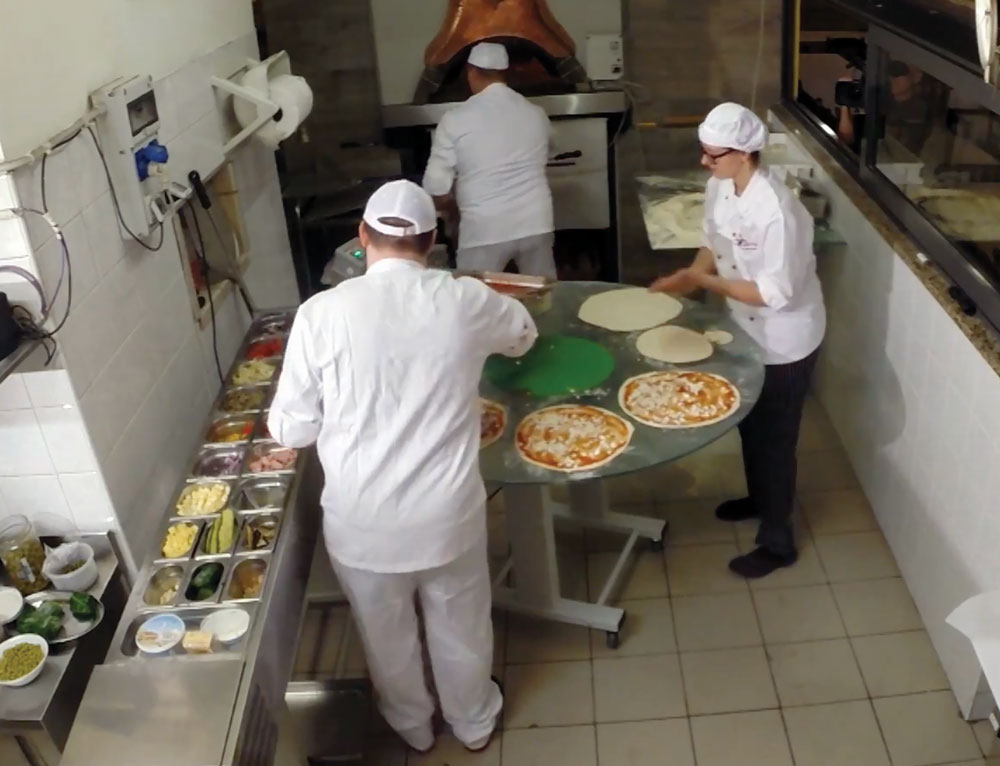 A New Spin On Pizza Prep

The RotoPizza Table helps your crew prep pies faster and work better as a team, even in cramped spaces. This circular prep table rotates at a preset speed as two or more employees handle assigned tasks for building the pizza—stretching the dough, ladling and spreading sauce, and adding cheese and toppings. Spin-speed controls encourage a steady work pace during rush periods. The table is lightweight and foldable, so you can move it out of your way to make more room in the kitchen or carry it with you on catering jobs. rotopizza.club 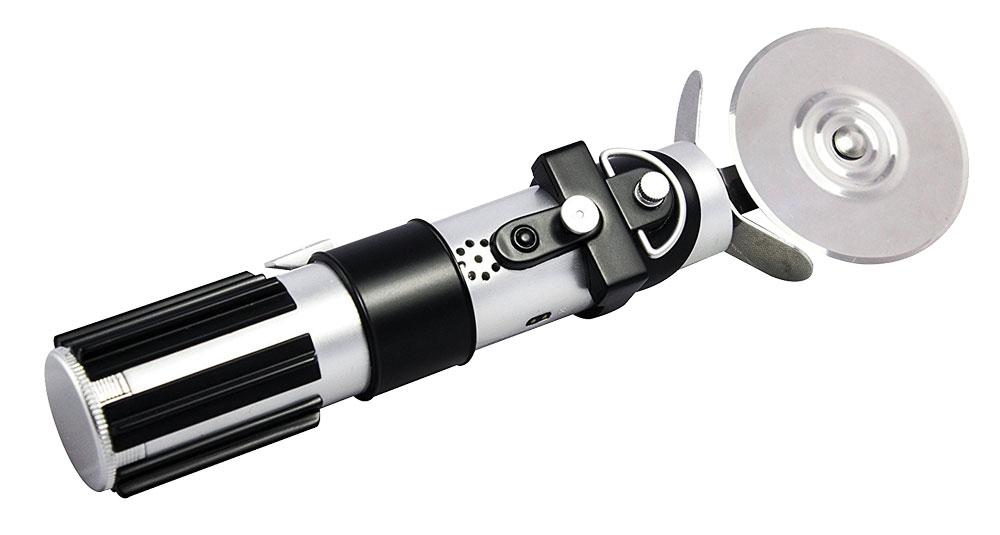 Who wouldn’t want the power of Darth Vader’s own lightsaber in the kitchen? This officially licensed Star Wars pizza cutter is modeled after Vader’s iconic weapon of choice and even makes lightsaber sound effects as you’re slicing away at the pizza. The cutter itself is battery-powered and made of plastic, but the Force is strong with a stainless-steel blade. Through Amazon Prime, it arrives in just two days, which is the next best thing to hyperdrive. Available on amazon.com

This pizza cutter wins the prize for size. Stretching 29” and tipping the scales at five pounds, it comes with an extended ashwood handle that can be customized with your pizzeria’s logo. Use it as a conversation starter or as a giveaway item for prized employees or favorite customers. And the commercial-grade stainless-steel blade is plenty sharp, offering precision cutting, so it’s functional, too. giantpizzacutter.com