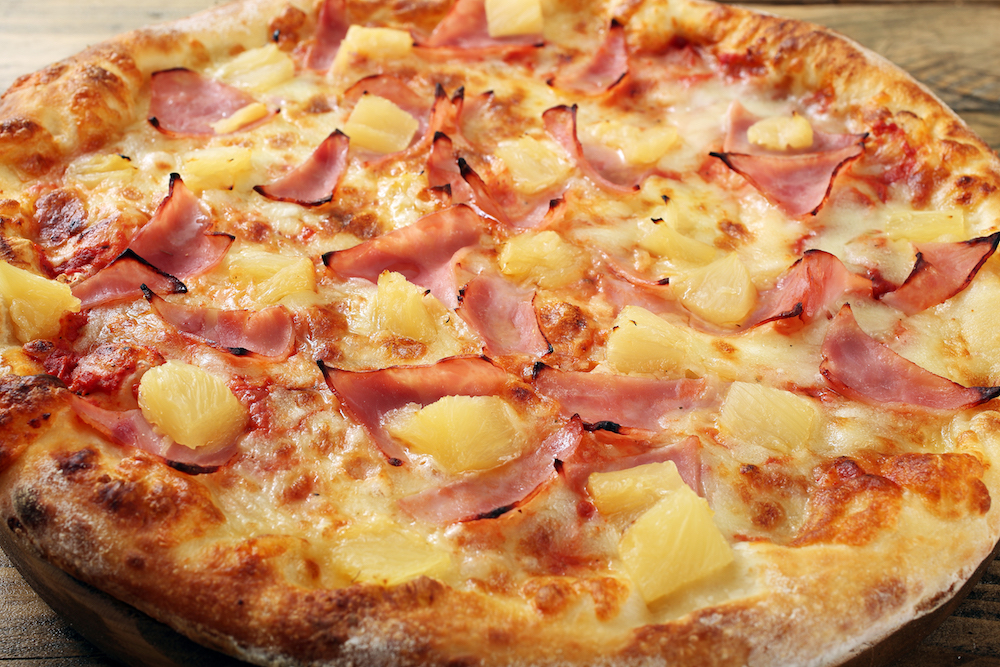 At least one respected culinary expert gives two thumbs up to pineapple on a pizza.

You say pizza isn’t pizza without pepperoni? We’ve all got our favorite toppings, and we all know we’re right when we say they’re the best. That goes for professional chefs, too, as Business Insider recently reported.

The news site rounded up a passel of chefs and culinary experts to comment on the best pizza toppings, and they all gave different—and sometimes surprising—answers.

Mindy Oh, executive chef of Mora Italiano in Encino, California, recommends piling kimchi on a plain cheese pie. “I grew up with my sister making this for me before Saturday morning cartoons,” Oh said. “The slight funk and crisp nature of kimchi combined with cheese and tomato sauce is unlike anything else.”

We don’t doubt that for a minute, Mindy.

These are mostly good, safe choices, but, of course, there’s a troublemaker in every bunch: In this case, social media influencer Luisa Ruocco of the Hungry Traveller. “I’m just going to come out and say it,” she told Business Insider. “My favorite pizza topping is pineapple! Often the topic of much heated debate, I actually love how the sweetness and tartness cuts through the fatty ham meat it’s often paired with. My Italian grandmother would kill me for saying this!”

Don’t worry, Luisa—we won’t rat you out to Nonna.