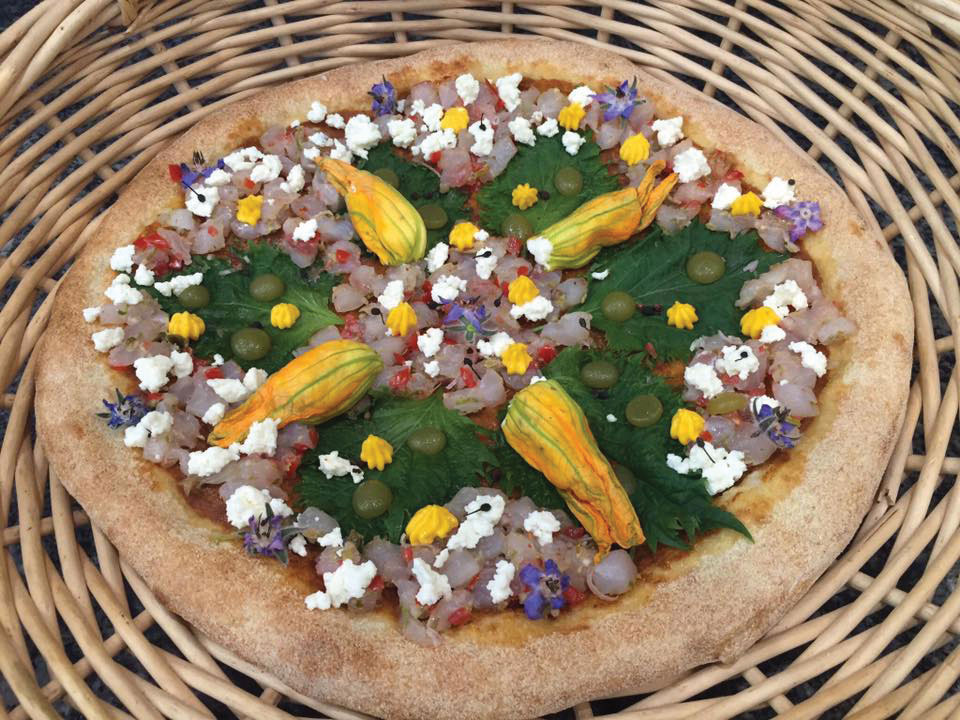 Ludovic Bicchierai took home the gold medal in the prestigious Pizza Classica division at the 2016 World Pizza Championship in April. His Pizza Gustosa, topped with sea bream tartar, is a fusion of his two favorite foods—pizza and bouillabaisse, a traditional French fish stew from the south of France. “It took me three years to perfect the recipe,” Bicchierai says. “At the base is a fish and shrimp bisque. The sea bream tartar is made with capers, shallots and chopped tomatoes. Zucchini flowers are stuffed with the tartar mixed with Brousse du Rove [a regional French cheese]. It’s then topped with a green Tabasco gelatin and pearls of creamed scallops.” Despite the recipe’s intricacy, Bicchierai says the pie is “great to serve on a beautiful day when customers can enjoy casually sitting on the terrace.” A simplified version could be made for takeaway orders, he notes.

In South America’s Southern Cone, pizza finds a perfect partner in the soft chickpea bread known as fainá. Inspired by a cultural transplant called farinata from the Liguria region in Italy, fainá is a thin, crunchy bread that’s served with pizza and placed on top of each slice. You can find instant mixes at the store, but nothing beats fainá prepared in the traditional way, using large round pans in a brick oven. 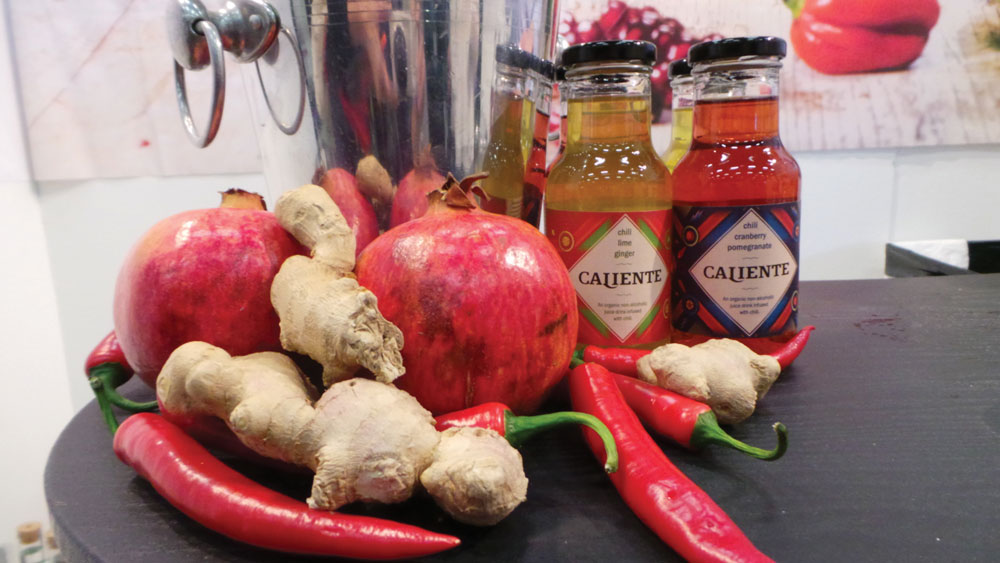 European countries, especially those with populations historically prone to alcoholism, are witnessing the emergence of spicy beverages as nonalcoholic alternatives to the hard stuff. Low-alcohol beer and wine have long been sold in Scandinavia, where alcohol is tightly controlled, but these new drinks—such as beverages infused with chili and ginger—have a prickly mouthfeel and supposedly trigger an endorphin rush similar to a runner’s high. 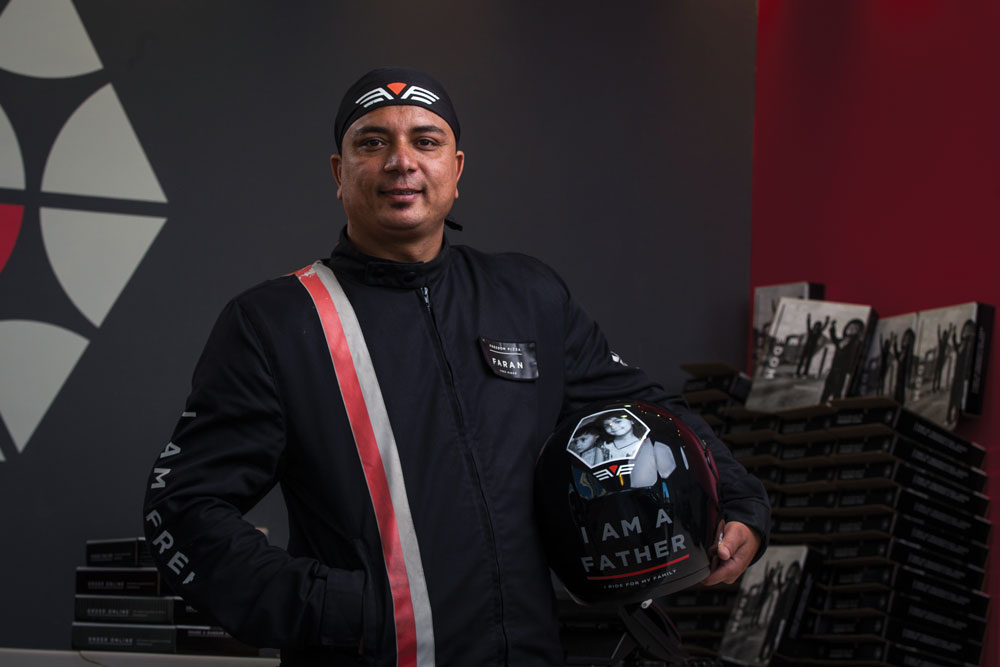 Freedom Pizza, based in the United Arab Emirates, is taking safety to a new level with its #SafetyDelivered campaign. “Our drivers often work for a greater purpose—to support their families and provide a better future for their children,” CEO Ian Ohan notes. With that in mind, Freedom Pizza has developed several ways to remind drivers to stay safe. Each driver is asked to sign a safety pledge and carry it on the road. Whenever a driver leaves the store, he calls out, “I will drive safely.” And as they don their gear to make a run, drivers catch glimpses of their loved ones in photos attached to their custom-designed helmets, a powerful reminder of what’s at stake with every delivery.