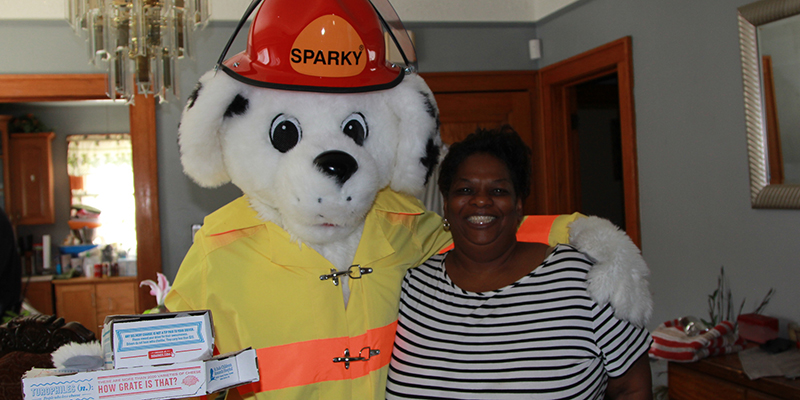 Some Domino’s customers will get a little drama with their pizza deliveries, thanks to a partnership with the National Fire Protection Association (NFPA) to deliver fire safety messages to homes across the country.

During Fire Prevention Week (Oct. 3-9), participating Domino’s stores throughout the U.S. will highlight this year’s campaign theme, “Learn the Sounds of Fire Safety,” with flyers on top of pizza boxes. The flyers will include important fire safety tips, such as educating everyone about the sounds smoke alarms make, what those sounds mean and how to respond to them.

“Every year, Domino’s stores look forward to partnering with their local fire departments and the NFPA to spread fire safety messages in an exciting and unexpected way,” said Domino’s spokeswoman Jenny Fouracre. “This is the 14th year in a row that Domino’s has brought the program to neighborhoods across the U.S.”

“In a fire, mere seconds can mean the difference between a safe escape and a tragedy,” said Lorraine Carli, NFPA’s vice president of outreach and advocacy. “That is why it is so important that everyone in the home understands the sounds of smoke and carbon monoxide alarms and knows exactly how to respond. We hope to raise awareness about these potentially life-saving messages through our partnership with Domino’s.”