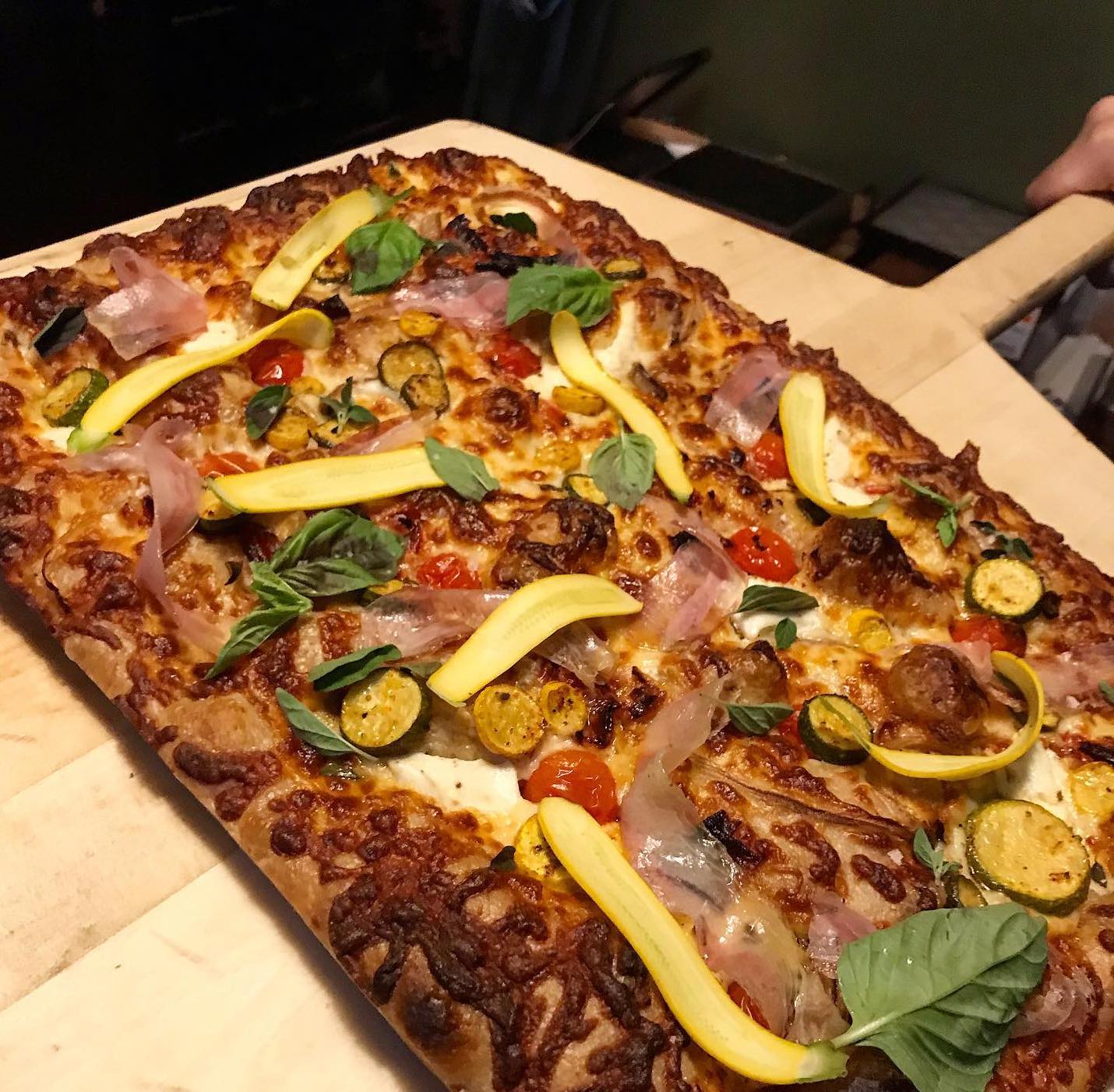 Table, Donkey and Stick offered a summer-themed Sicilian pizza in a fundraiser for My Block, My Hood, My City.

Four acclaimed fine-dining chefs in Chicago teamed up with three local pizzerias this week to raise money for a Windy City nonprofit that serves underprivileged youth. The collaboration yielded a trio of innovative artisanal pizzas featuring unusual ingredients, according to Block Club Chicago.

Caleb Trahan, the sous chef at Wicker Park restaurant Schwa, hit upon the idea after Schwa found success during the coronavirus shutdown by working with other eateries around the city. “Several of us involved had all done a little collaboration together when the shutdown happened and we had to switch to takeout-only,” Trahan told Block Club Chicago. “We were scrambling to figure out things. We all helped each other … I thought maybe we could use that same camaraderie to help in other aspects.”

Trahan’s partners in the August 10 fundraiser were Ryan Pfeiffer, formerly of Blackbird; Edwin Perez of Rootstock Wine & Beer Bar; and Brian Fisher of Entente. One hundred percent of the sales were donated to My Block, My Hood, My City.

Fisher worked with Table, Donkey and Stick, located in Logan Square, to concoct a summer-themed Sicilian-style pie made with a ratatouille sauce, pancetta, truffle ricotta, cherry tomatoes and baby squash.

Pfeiffer and Perez teamed up with the owners of Eat Free Pizza, part of a Bridgeport food court called Pizza Fried Chicken Ice Cream. They served up a poutine-and-chilaquiles-inspired pie called The Jeff.

My Block, My Hood, My City helps young people in underserved communities gain a greater awareness of the world and opportunities beyond their neighborhood. The nonprofit takes students on explorations focused on the culinary arts, STEM, arts and culture, citizenry and volunteerism, health, community development, and entrepreneurism.

“I like their mission statement, and they are an organization that I’d like to continue to work with because they do these outings with the teens and give them access to different food and dining experiences,” Trahan told Block Club Chicago. “That’s just one part of what they do. I’m trying to build a longer-term relationship with them.” 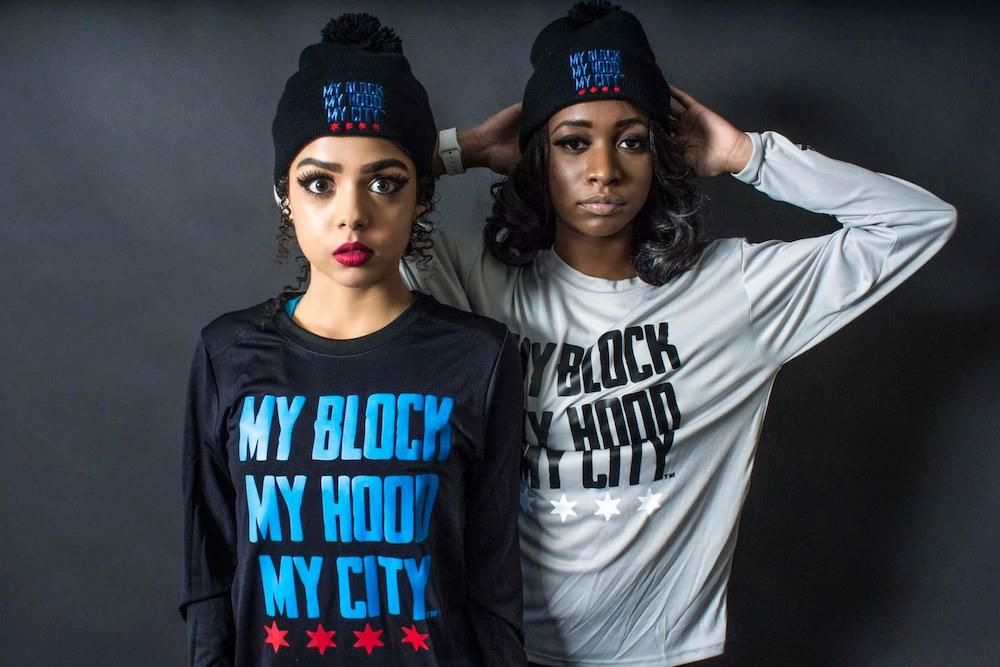 Ernesto Gonzalez, community organizer with My Block, My Hood, My City, told Block Club Chicago that the fundraiser could help pay for laptops or reliable internet service for the youths served by the organization as well as other social-distanced excursions.

“Our whole philosophy … is, ‘What’s something simple that you can do that will have a positive impact on your block?’” Gonzalez said in the interview. “And the whole essence of that phrase is like, ‘OK, I am good at IT. I can make a website for a local nonprofit.’ These restaurants stepped up and said, ‘You know what? We make food, and that’s what we’re good at, and we’ll do this to help others.’”