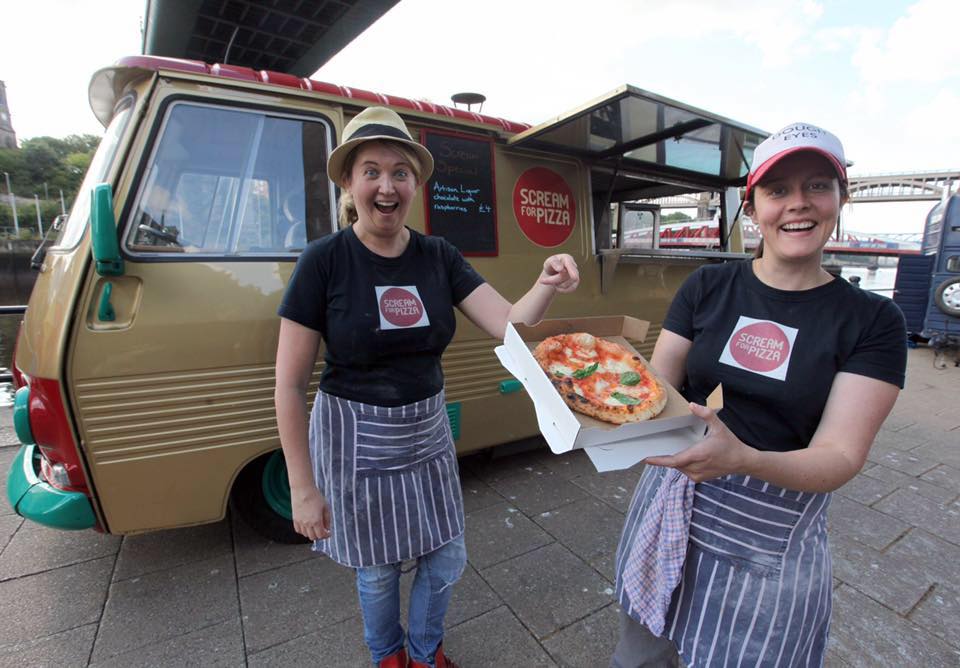 The owners of a popular British street-food van have a great concept—and an even better name—for a new pizzeria in in Northeast England’s Newcastle Upon Tyne.

According to the Chronicle, Alex Walker and Vicky Featherby, owners of the Scream for Pizza mobile operation, will celebrate women in the food industry with their planned brick-and-mortar operation, to be called Zzas and Bras.

“We’re looking at a predominantly female-led kitchen using the products of female artisanal food producers,” Featherby told the Chronicle. “We just thought it was something we could have some fun with, having female producers making the cheeses and charcuterie or getting female chefs to create a special pizza for us each week."

The entrepreneurs will take over a building formerly occupied by an Italian restaurant called Sapori Café. Zzas and Bras will specialize in shareable 18” pizzas baked in a wood-fired oven.