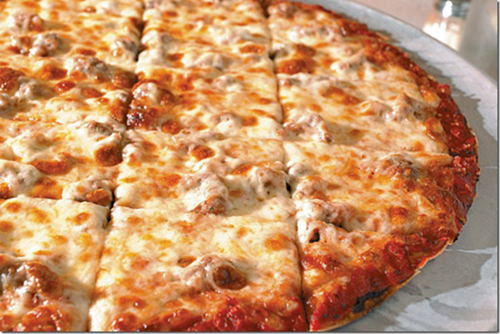 A hole in the FDA’s just-delayed menu labeling mandate really penalizes squares. That’s square-cut Chicago style pizza slices and other regional favorites that aren’t served up in traditional triangles. Instead of December 1, 2015, the regulation won’t take effect until December 1, 2016. When the data drop does happen, pizza slice shape could competitively smack some independent pizzerias.

Betsy Craig, CEO and founder of the nutritional data consulting firm MenuTrinfo, says her organization has contacted the FDA three times requesting a modification of the regulation language that requires individual pizza slice calorie counts to reflect “uniform sectors.” In non-governmentese, that means rectangular-served slices of pizza specialties, which earn fanatical devotion nationwide, including Chicago-style. St. Louis-style, Detroit-style and New York “Grandma” pies, will have calorie numbers listed per pie. Craig says those can be big numbers and a big fat sticker shock disadvantage for independent pizzerias.  “One of our clients is Rosati’s in Chicago, who happen to make some of the best Chicago-style pizza in the world,” Craig says. “This unfortunate, rigid stance by the FDA puts all Chicago-style pizzerias at a massive disadvantage. Big chains, like Domino’s and Pizza Hut, who serve traditional triangles-shaped slices, will not have to face the same calorie sticker shock per slice as will pizzerias like Rosati’s who, as of now, will be required to list calories on their menu by the pie.” 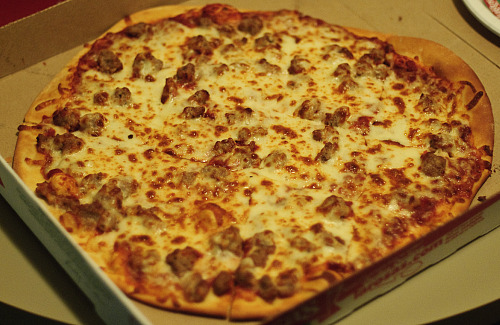 As a compromise, Craig suggests the FDA adopt the same “calories per average slice of uniform weight” standard that they’ve mandated for grocery store pizzas.

Rosati’s president Marla Topliff is still hopeful she can appeal to the FDA directly because she sees the current wording as a serious threat to Rosati’s and the nation’s entire independent pizzeria community. Topliff serves on the National Restaurant Association’s Pizza Council. “It will be extremely difficult to compete with the Dominos or Pizza Hut next door that can list their pizza at 300 calories per slice instead of a whole pizza that might have 3000 calories,” she says.

Topliff adds the FDA’s apparent ignorance about America’s rich diversity of pizza types is not shared by the proud pizza-loving consumer. “Great pizza is created in different shapes and unique styles around the country,” she says.  “When you go into a pizzeria like Rosati’s, you’ll find loyal customers who are willing to stand up and fight for their favorite kind of pizza. They’ll argue endlessly about what’s better—Chicago-style of New York-style. Bottom line: Pizza fans are the most loyal consumers of any food item. They’re not looking for cookie-cutter uniformity. They want pizza that meets their needs and that’s exactly what we intend to continue to offer them.”