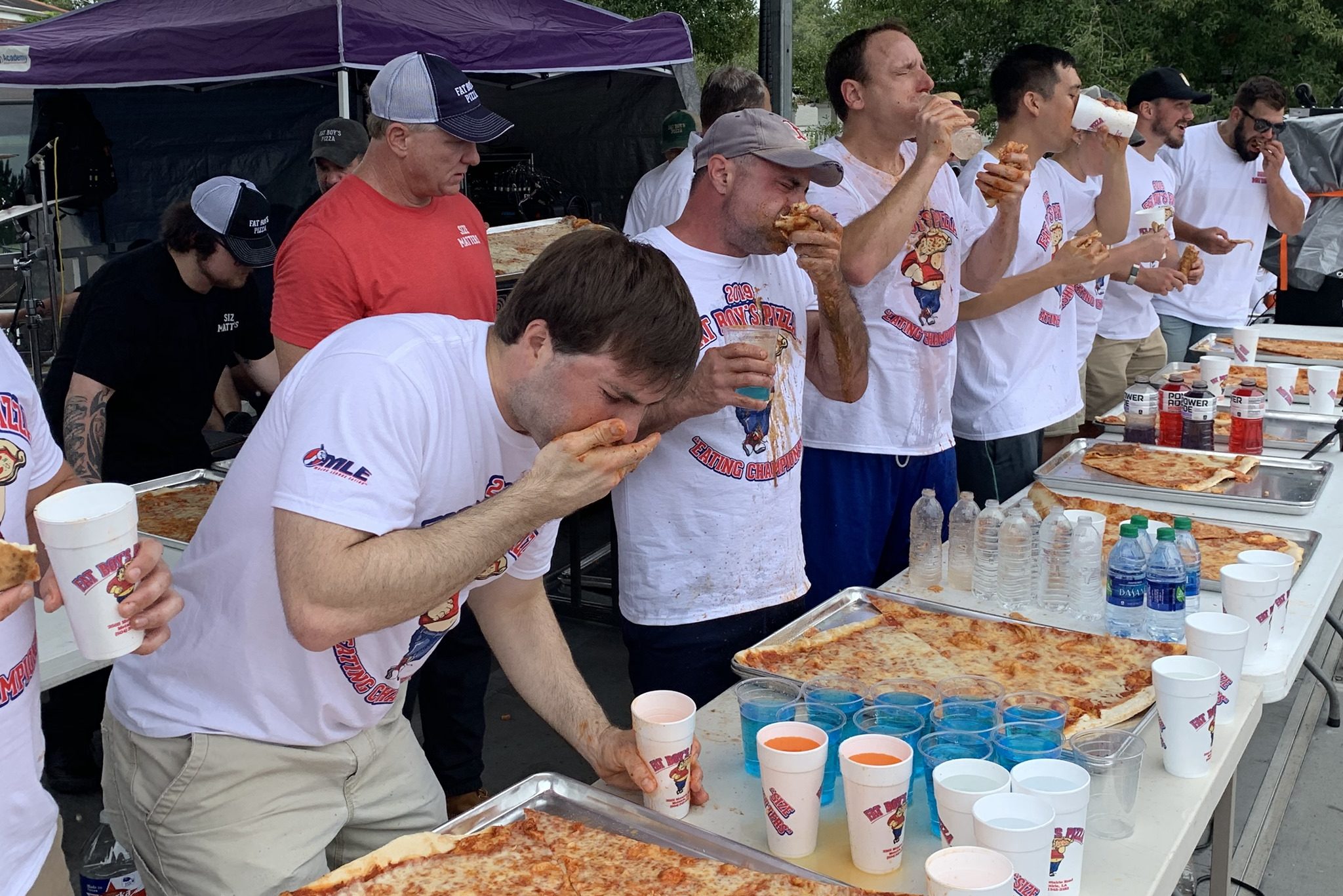 Fat Boy’s Pizza in Metairie, Louisiana, hosted a Major League Eating contest recently that featured massive two-foot slices of pizza and some of the biggest names in competitive eating.

The contestants, including No. 1-ranked Joey Chestnut and No. 2 Geoffrey Esper, stuffed themselves with as many slices of pizza as possible in the first event of its kind for the national competitive eating organization.

As Major League Eating President Richard Shea declared that day: “You’re about to witness history right here in this parking lot.”  The organization chose Fat Boy’s Pizza for its famed two-feet slices, and eating pizza that size was a new challenge for competitive eaters.  Major League Eating offered $1,500 to the first-place winner, a prize that proved hard to resist.

Chestnut arrived in town early and trained for the event by scarfing down the pizzeria’s two-feet slices, trying to figure out the best and quickest way to cram the massive slices into his mouth.

“The pizza was delicious,” he said to WWL Radio. “I found a pretty good rhythm in the beginning, and they were going down fast, so I was really happy.”