Are States Getting Ready to Crack Down on Third-Party Delivery Platforms? - PMQ Pizza Magazine 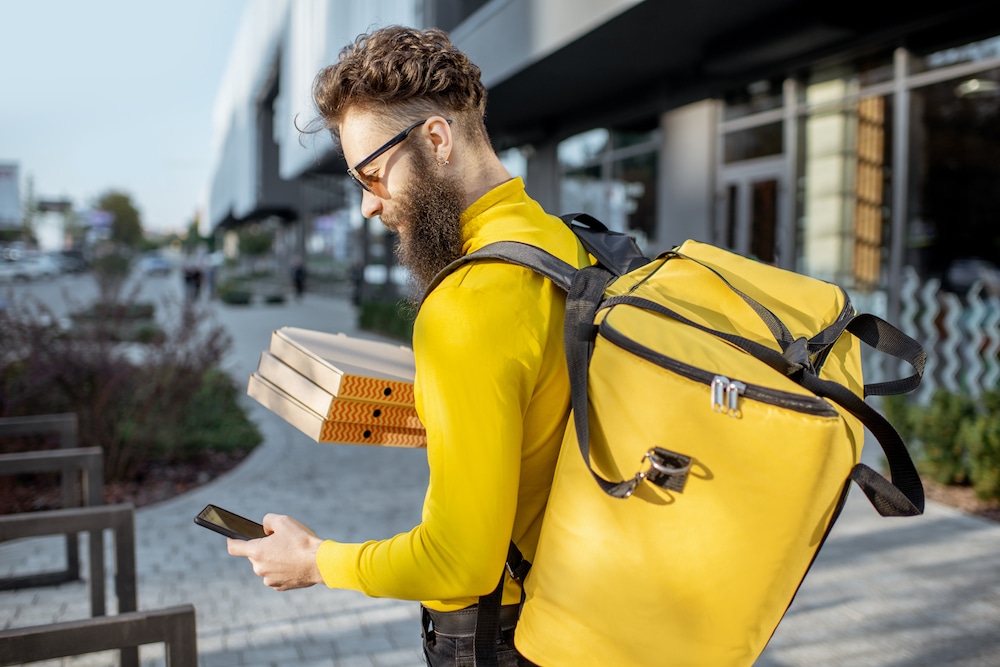 A new bill in the California State Assembly would require third-party delivery platforms like Grubhub, Postmates and others to share customer data with the restaurants they order from, according to a press release from the California State Assembly Democratic Caucus. It’s one of several pieces of legislation that indicate some states are planning to crack down on third-party delivery companies that, according to industry critics, use questionable tactics to lure in new customers.

Assembly Bill 2149, known as the Fair Food Delivery Act, would “strengthen the relationship restaurants have with their customers” by ensuring the restaurants are provided with third-party data such as the customer’s location and email address. It would also prohibit restaurants from being listed on third-party delivery apps without a prior agreement in place.

When food is ordered on a third-party delivery app, restaurant operators often don’t know where the customer is located or how to contact them. This means operators might not know about problems with the orders and can’t follow up to gauge the customer’s satisfaction and the quality of the delivered food.

“We need to level the playing field for mom-and-pop restaurants that are being taken advantage of by big tech,” said California State Assemblywoman Lorena Gonzalez (D-San Diego), who introduced the bill. “Restaurants shouldn’t fear losing their customers when they don’t agree to the conditions of some multi-million-dollar food delivery app. This bill will put the power back in the hands of small business owners in California.”

The California Restaurant Association (CRA) has expressed support for the bill. “Technology giants aggressively entering the foodservice space—whether deliberately or not—are eroding the customer’s relationship with the restaurant,” said CRA CEO and President Jot Condie. “The tech platforms who are delivering the food and the restaurants who are preparing it both have a responsibility for the customers’ experience and satisfaction. If we are going to be partners in this, we both need to be part of that communication channel.”

Greg Dulan, owner of Dulan’s Soul Food Kitchen and Hotville Chicken in Los Angeles, agreed. “One-on-one engagement—hearing feedback from customers, being responsive to complaints, addressing the quality of service and delivery—it’s critical to ensuring a good experience,” Dulan said in a statement. “It is hard to do that if we don’t know who our customers are—this bill will fix that.”

Food delivery apps take as much as 30 percent of sales from restaurants, 60 percent of which in California are owned by people of color, the press release states. “As the delivery industry continues to rapidly grow, AB 2149 will provide more fairness to small restaurants doing business with big tech.”

The California legislation is one of several third-party bills under consideration in states and municipalities across the country. As Nation’s Restaurant News reports, a Rhode Island bill, House Bill 7414, would prohibit third-party companies from listing non-partnered restaurants. “This act would prohibit third-party delivery services from using any likeness or intellectual property of a merchant without written consent,” the bill states.

Under the Rhode Island bill, restaurants and other merchants can file lawsuits to recover actual damages or up to $5,000, whichever is greater, NRN notes. And the bill imposes fines of $1,000 per violation per day on third-party services that violate the proposed law.

Meanwhile, according to NRN, New York City Council member Ritchie Torres has introduced a bill that requires third-party delivery companies to disclose how much of a customer’s tip goes to the drivers. And lawmakers in Pennsylvania, New York and Illinois are scrutinizing third-party companies that don’t charge sales tax on their delivery fees.