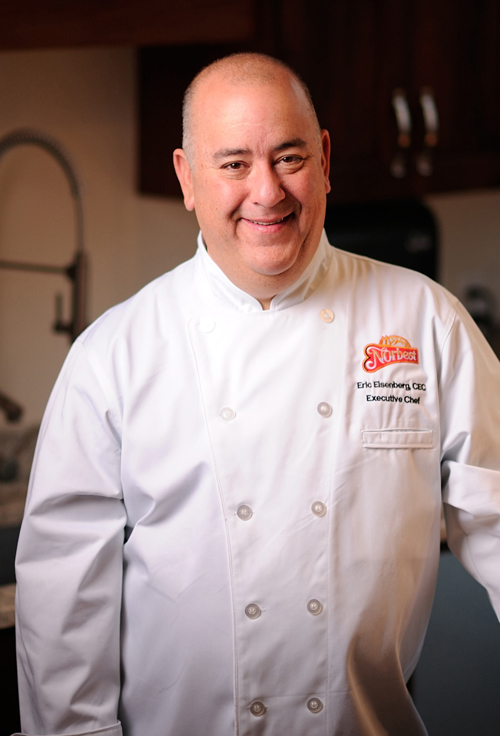 Norbest, a leading foodservice and retail turkey processor recently named Chef Eric Eisenberg, at left, as their Corporate Chef Consultant. The announcement was made by Robert Wangerien, Norbest Senior Vice President of Sales and Marketing.

Chef Eisenberg will support Norbest through a variety of foodservice and retail activities including recipe development, as a social media contributor and as the “on camera” culinary representative of Norbest Turkey on local market television. “We’re thrilled to have Eric on the Norbest team,” stated Wangerien. “His training, award-winning background and dedication to serving delicious, high-quality meals make him a valuable asset to both our foodservice and retail audiences,” Wangerien continued.

A graduate of the Le Cordon Blue Ecole de Paris, France, Eric is a native New Yorker with an extensive background in haute cuisine. He spent much of his early culinary career in the Seattle area and was the owner of the renowned Relais restaurant in Bothell, Washington. There, Eisenberg leaned on his French training to produce meals that earned him a reputation as one of Seattle’s most distinguished chefs.

After he sold the restaurant in 2001, Eisenberg found his way into the health care arena bringing his unique culinary perspective to dispel the reputation that “hospital food” is bad food. In 2008, Chef Magazine named him one of the Top 5 Chefs in the country because of this work.

Founded in 1930, Norbest is an association of over 40 independent Western state turkey growers and allied companies united to provide exceptional turkey products to the foodservice industry.