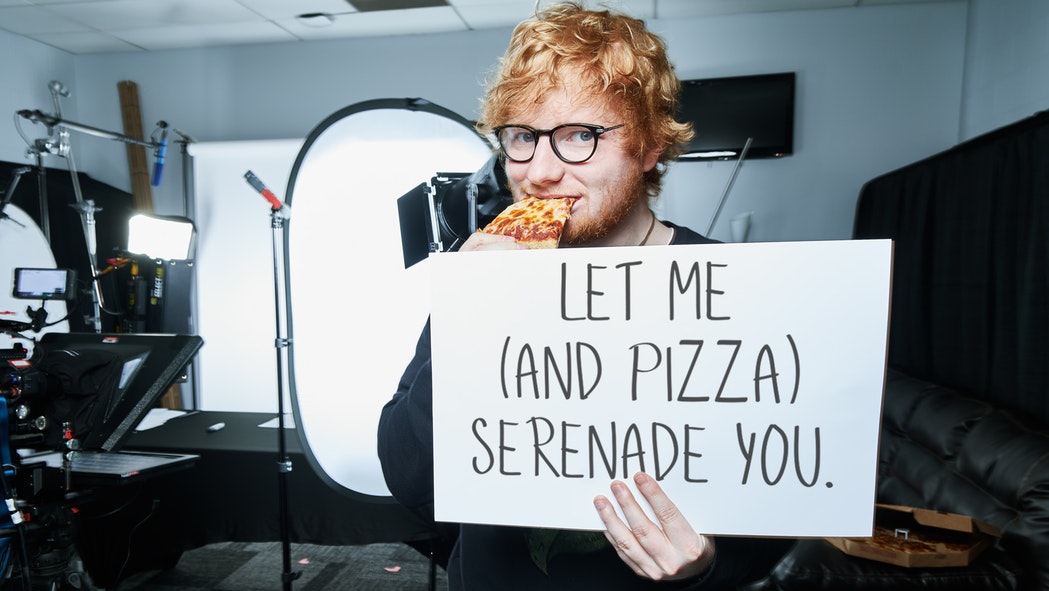 What's better than a pizza party? For "Sheerios," it's a pizza party with Ed Sheeran, the British singer-songwriter of "Shape of You" and "Castle on the Hill."  Backstage at the iHeartRadio Jingle Ball in Los Angeles in December, Sheeran will throw a pizza party and serenade fans with a love song.

The contest has been organized through Omaze in an effort to raise funds for World AIDS Day, with donations going to (SHOPATHON)RED, the annual holiday campaign to raise awareness and money to help HIV+ moms get access to lifesaving medication. Coca-Cola will match up to $2 million in donations.

Sheeran is helping to raise awareness of the Omaze campaign with a video in which he tries to guess between love song lyrics and pizza reviews. As you can imagine, it's pretty easy to confuse the two since everyone loves pizza!

The Daily Mail recently gave a breakdown of the video, revealing that Sheeran feels a little left out that he doesn't have a pizza song.

Don't be surprised if you hear a serenade to pizza from Sheeran in the future. 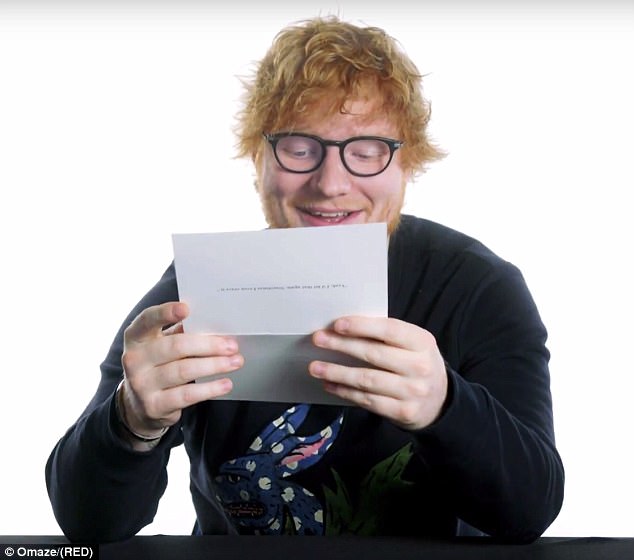