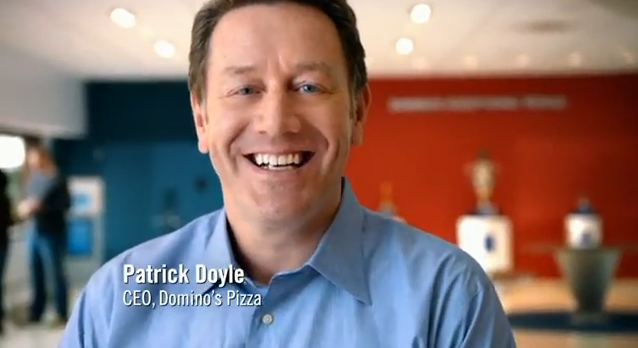 UPDATE January 10: Doyle talks with Mad Money host Jim Cramer about why he left and what's next. View video here.

President and Chief Executive Officer J. Patrick Doyle announced on January 9 his intention to depart Domino's (NYSE: DPZ) on June 30 after more than eight years at the helm of what is now the world leader in pizza, according to a company press release.

Doyle was unavailable for comment when PMQ reached out this morning, with the company referencing the press release that goes on to state that Domino's Board of Directors announced the promotion of Richard Allison, 50, President of Domino's International, to the role of Chief Executive Officer, succeeding Doyle; and the promotion of Russell Weiner, 49, President of Domino's USA, to the newly-created role of Chief Operating Officer of Domino's and President of the Americas. Both appointments will be effective as of July 1, 2018.

"One of the great honors and opportunities of my professional life was being named CEO of this incredible brand in early 2010," Doyle said in a statement. "At that time, I set three goals for myself: I wanted us to become the #1 pizza company in the world; I wanted Domino's to provide our franchisees with the best possible return on their investment by creating a dramatically better experience for our customers; and I wanted to have a Leadership Team in place that would be ready to create even better results into the future. I'm proud to say that we've accomplished all of those goals, and I will leave Domino's knowing that it is in great hands."