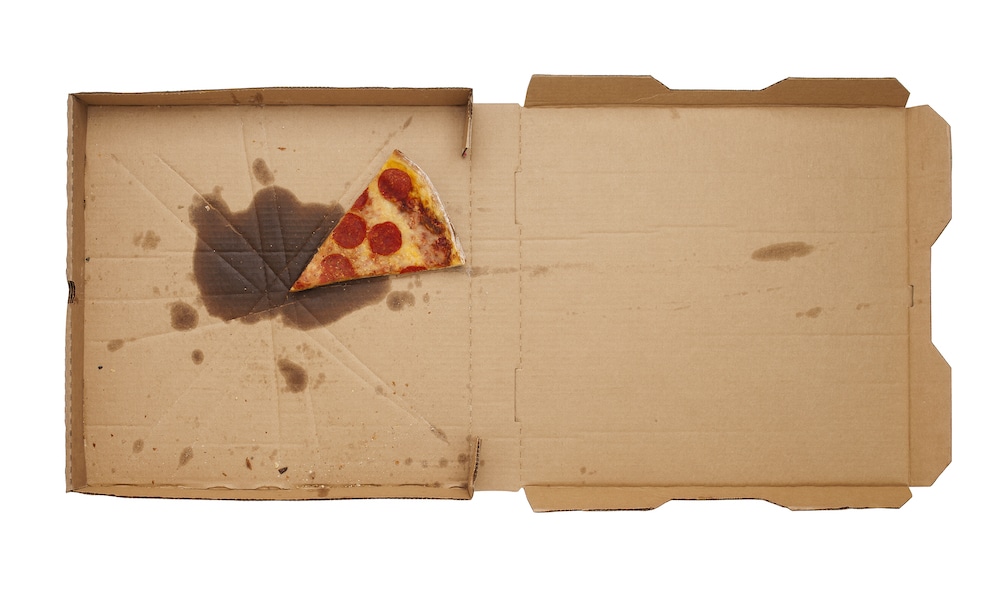 Contrary to popular belief, pizza boxes are recyclable, even if they have some grease on them, according to Domino’s and WestRock. To reduce confusion and encourage Americans to recycle their pizza boxes, WestRock conducted a research study that evaluated the impact of typical amounts of grease and residual cheese. The study was reviewed by member companies of the American Forest & Paper Association. It concluded that the presence of typical amounts of grease and residual cheese does not affect the quality of finished corrugated product containing expected levels of recovered fibers.

“Because nearly everything that leaves a Domino’s store leaves in a corrugated box, we know we have an opportunity to make a difference when it comes to packaging and recycling,” said Tim McIntyre, Domino’s executive vice president of communications. “Our goal is that our customers will set aside any misconceptions they have around the recyclability of pizza boxes, read the facts and put their empty box in the recycling bin—or call their municipality and ask them to add pizza boxes to their collection.”

Not everyone agrees that pizza boxes are recyclable if they’re soiled with grease or cheese. According to Stanford University’s Stanford Recycling Center, the paper in soiled pizza boxes “cannot be recycled because the paper fibers will not be able to be separated from the oils during the pulping process. Food is a major source of contamination in paper recycling.”

Treehugger notes that the high rate of contamination in American recyclable materials is why China stopped accepting most recyclables from North America in January 2018.