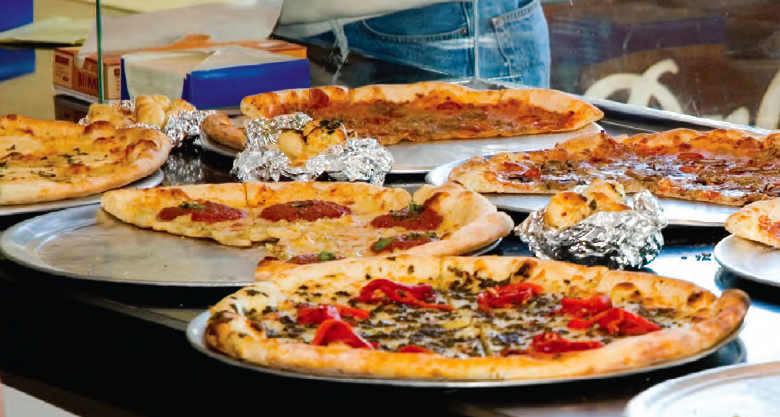 Like many transplanted New Yorkers who find themselves in sunny California, Patrick Farley, formerly of Queens, searched in vain for authentic New York-style pizza. But unlike most transplanted New Yorkers, Farley did something about it: He opened a pizzeria. “I looked around for good pizza and couldn’t find it, so I opened my own place,” he recalls. “I love start-ups and building a business from the ground up.”

Getting Off the Ground

In 2005, Farley took ownership of Knockout Pizzeria in Carlsbad, California, and now manages fi ve operations: Knockout Pizzeria in Carlsbad and Oceanside, and his new restaurants, Flippin’ Pizza, New York Style, in Vista, La Costa and Encinitas. Farley is happy with his numbers (and looking to increase them), but he’s also happy with the way his operations earn their money.

“We’re looking to be the local neighborhood pizzeria in each community where we have a store,” he says. “We encourage interaction between our employees and our customers. There are other smaller ideals we hold to, like using only bottled water in our dough, high-quality cheese and fresh sauce.” 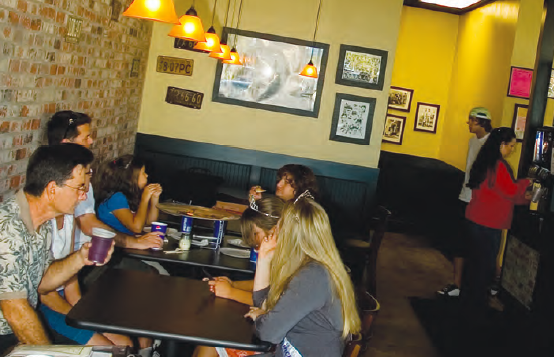 Farley, the pizza connoisseur who brought a little of New York to Southern California, also has very definite ideas about what constitutes a good product. For example, he’s fairly adamant about what is or isn’t pizza. “We don’t serve chicken and we don’t serve pineapple,” he says emphatically. “That ain’t pizza.” Flippin’ Pizza also keeps it simple by offering a one-size-fits all pie: an 18-inch that sells for $14 with cheese, plus $1.75 for each additional topping. Pizza is also available by the slice. He says his biggest seller is a special that includes two slices and a drink for $6.

“Our secret is not in just the dough or the sauce, but in our entire process for making pies,” Farley says. “Some places have great dough but lack in the sauce, or have a great sauce but they kill the taste with too much cheese. A good slice of pizza should allow your taste buds to experience a combination of sauce, dough, cheese and toppings. If done correctly, there should not be a need for toppings, because cheese has all of the flavor you could want.”

Farley says every slice he serves is reheated in a Comstock Castle deck oven to preserve the crispiness of the crust. He also encourages his take-out and delivery patrons to reheat the pizzas in their ovens at home.

Another important ideal in the strategic thinking of Flippin’ Pizza is making the restaurants more than just food purveyors, and having each store act as a living partner in every community in which they do business.

“When I opened the two new pizzerias in San Diego County, I decided to get the community involved and help ‘raise dough’ for our local children and schools,” Farley recalls. “We held two back-to-back grand opening weekend events for our new locations in Vista and Encinitas, and 100% of the proceeds from each of the three-day grand opening weekends were donated to two local education foundations—the Vista Education Foundation and the Encinitas Educational Foundation. After two busy weekends, and with a great deal of support throughout the communities.”

Farley put his money where his mouth was. He says the cost to effectively plan, promote and execute the fundraiser weekends was approximately $20,000. This investment included the donation to the education foundations; the fees for a local public relations agency; the marketing materials, including flyers and a giant check to be presented to the foundation board members; and the operational expenses, including labor, food, decor and other items. But he offers a sound analysis of what his opening weekends cost and what they brought in.

“Flippin’ Pizza, New York Style has grossed more than $140,000 per store in its fi rst three months since opening, compared to our other locations, which each grossed roughly $55,000 to $75,000 in their first three months,” he says. “The word-of-mouth advertising and customer loyalty should foster future revenue growth.” 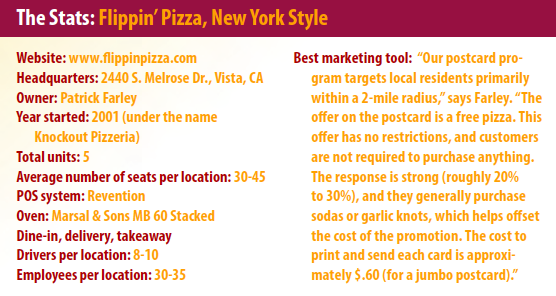 As any operator knows, it’s one thing to get a business off the ground, but keeping it going (and solvent) is quite another. In the jam-packed Southern California dining scene, Farley has discovered that a combination of marketing approaches provides the best way to keep his pizzerias evolving and thriving.

“I don’t believe that one marketing tool alone is as effective as incorporating all marketing elements,” he says. “Our stores run the gamut to raise our profile: a website, printed materials, public relations, community partnerships, charity donations, fundraisers, coupons, gift certificates and word-of-mouth advertising. I feel that these tactics, taken together, work synergistically to contribute to the overall success of the pizzerias.”

In keeping with technological advances, Farley is now setting up online ordering and online access to menus, locations, management profiles and community opportunities. Customers can even obtain coupons and discounts by joining the Flippin’ Pizza email club. Other marketing ideas Farley’s management team is kicking around include free pizza for people in uniform, podcasts and, perhaps most ambitious of all, deploying a fleet of New York-style taxis as delivery cars. “I think the taxis would offer tremendous marketing value as they’re seen running across town,” he says.

Ocean on the Side

Farley seems to have found his groove in Southern California with a simple product and an inventive marketing mind-set. “We have a creative management team, and I love bouncing ideas off them,” he says. “That’s how we came up with the taxi idea.” He also points out that while creative ideas are necessary, he remains careful not to lose sight of his company’s very basic goals.

“My philosophy is simple,” he says. “I sell quality, I sell New York-style pizza and I sell atmosphere. If I can just get a customer through the door and have them take one bite of our pizza, it changes their entire perspective. New Yorkers feel like they’re home, and Californians feel like they’ve been missing something by not finding us sooner.”

Tom Boyles is the publisher of PMQ Australia, and Jim Dees is a PMQ managing editor.