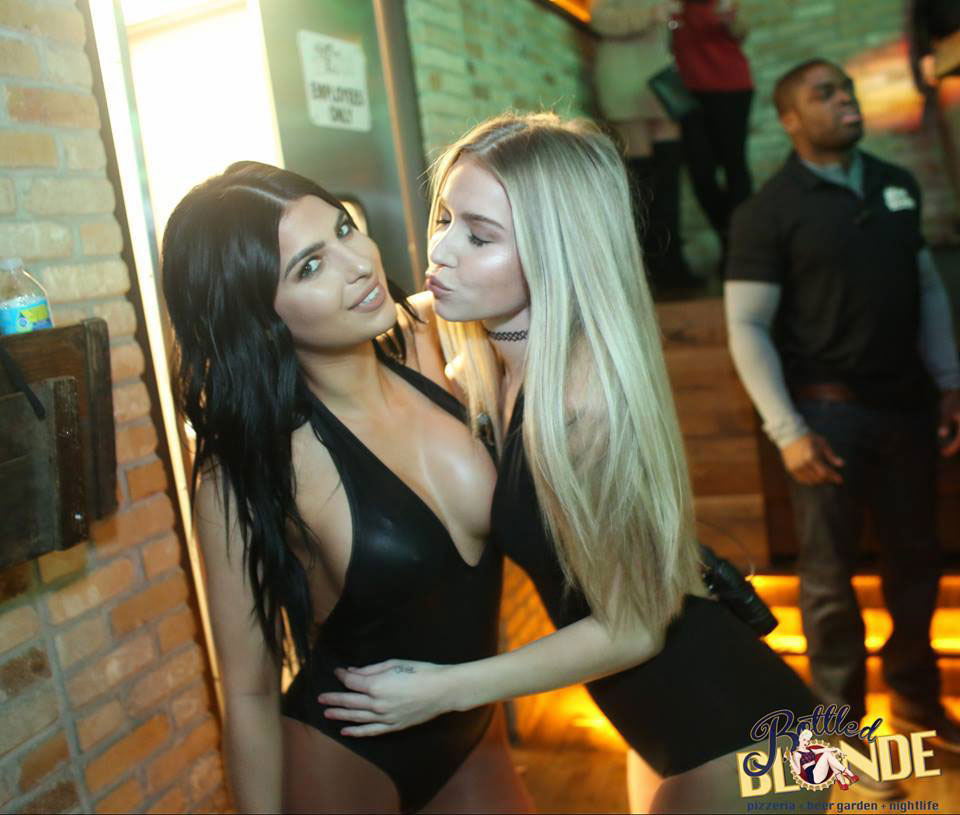 A pizzeria with a dress code seems a bit beyond the pale, but Bottled Blonde in Chicago is more than just a pizzeria. At night, the eatery sometimes turns into a nightclub, and like many exclusive clubs, not just anyone can get in. 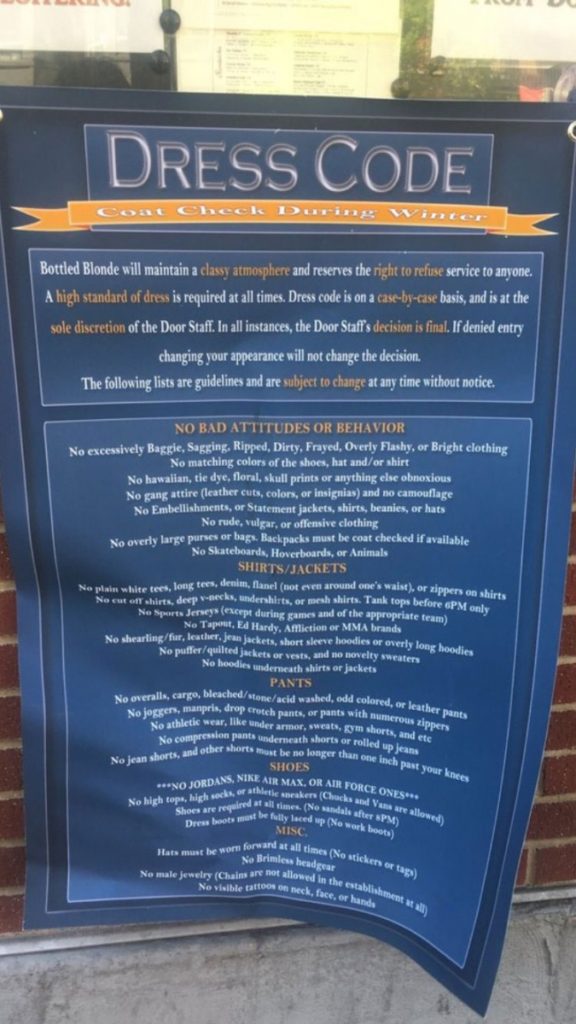 As DNAinfo.com reports, some social media users have denounced the restaurant’s restrictive dress code as “racist,” but you could argue it’s so vague that hardly anyone should be able to get in.

Some claim that non-white customers must not be welcome at Bottled Blonde, judging by restrictions on baggy clothing, gang attire and “overly flashy or bright clothing.” “This dress code may as well start with ‘No brown people or poor people,’” tweeted one complainer.

Of course, white people wear those clothes, too. Not to mention the dress code also forbids Hawaiian and tie-dye shirts, floral patterns, overalls, denim, flannel and beanies. Large purses aren’t allowed, either, and don’t even think about riding in on a skateboard or hoverboard.

Other dress-code rules include:
• No rude, vulgar or offensive clothing
• No jean shorts, and other shorts must be longer than one inch past your knees
• No Jordans, Nike Air Max or Air Force Ones
• No puffer/quilted jackets or vests and no novelty sweaters
• No athletic wear, like Under Armor, sweats, gym shorts, etc.

The dress code sign outside Bottled Blonde says the restaurant “reserves the right to refuse service to anyone” and enforces “a high standard of dress” at all times. But its policy also states, “Dress code is on a case-by-case basis and is at the sole discretion of the door staff. In all instances, the door staff’s decision is final.”

So is the dress code racist or just very, very strict? Physical appearance—including attire and overall attractiveness—matters in getting through the door at many posh nightclubs in cities like Chicago and New York, especially on busy nights. Admission is usually left up to the door staff’s discretion, and they almost always have the last word. But, hey, if wearing your beanie and overalls to a nightclub is wrong, some of us don’t want to be right.