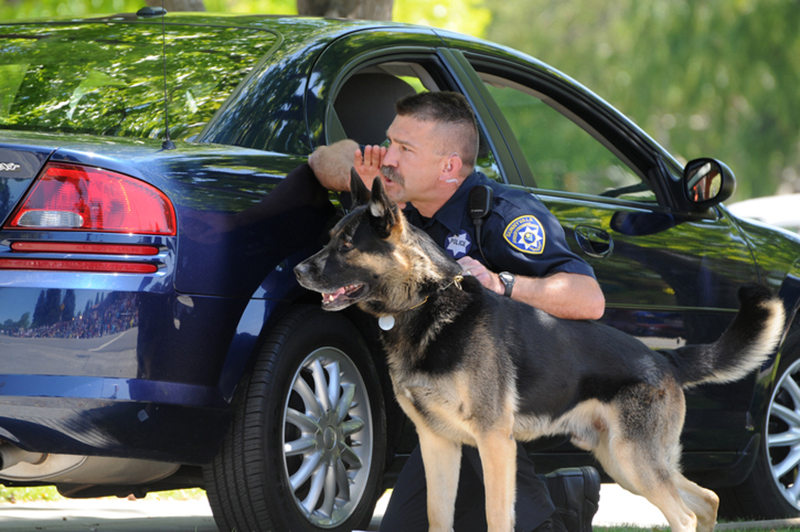 A police dog followed its nose and busted a trio of teens suspected of robbing a pizzeria delivery woman in Olympia, Washington.

According to the Seattle Times, police say the teenagers placed an order and had it delivered to the 2300 block of Ninth Avenue Southwest. One of them brandished a firearm as all three youngsters jumped out of the bushes and ordered the woman to drop the pizza, said Lt. Paul Lower of the Olympia Police Department.

“The police dog and his handler…arrived at the scene, and the dog was able to follow the scent of the pizza down the road to where one of the three was hiding in the bushes,” the Seattle Times reports. “As officers arrested him, he pointed out the two others in a van.”