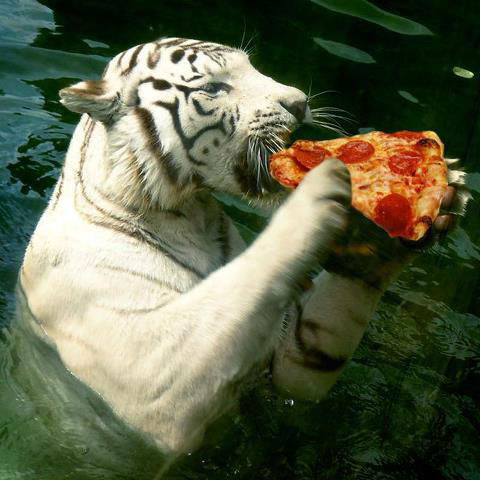 When No. 1 ranked Clemson plays North Carolina for the ACC title Saturday, more will be on the line than a mere trip to the College Football championship round of four. Clemson Head Coach Dabo Swinney has promised a pizza party for at least 20,000 fans. Here's the kicker: the pizza fest happens win or lose.

According to the The Greenville News, five Papa John's stores will deliver enough pies to feed their ravenous Tiger fans at Death Valley in Clemson, South Carolina, on Sunday after the undefeated team faces off Saturday night against the Tar Heels in Charlotte's Bank of America Stadium. “Regardless of whether we win or lose the game Saturday night, this team needs to needs to be celebrated,” Swinney told reporters at his press conference for the game. “We’re gonna have a pizza party.”

​Although Papa John's landed the gig, several independent South Carolina pizzerias made a run, including Rick's Pizza and Pub on Clemson Highway in Pendleton, which put up a billboard that read, "Dabo, we want your pizza order." Owner Rick Sutliff said he knew the big chains' offensive firepower would prevail, but he still wanted to express his Tigers love on their way to their first undefeated regular season since their 1981 national championship.

Read more about the Carolina football grudge match that turned into a pizza party.