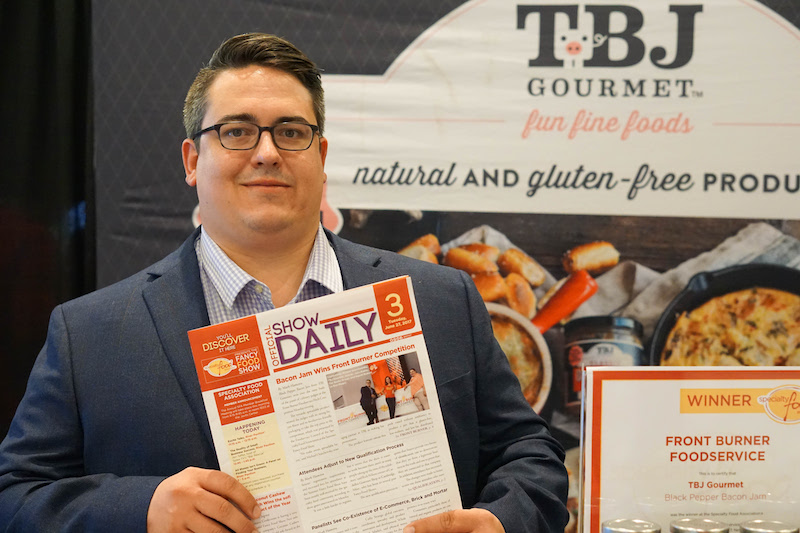 The versatile, spreadable product wowed the judges with its strong bacon flavor and foodservice-friendly packaging, taking top prize in the competition, which was presented by the Foodservice Council of the Specialty Food Association at the Summer Fancy Food Show.

The product features nitrate-free pork raised without antibiotics, producing a jam that is gluten-free, low-sodium, and low-fat, distributed in a 67-ounce pouch for foodservice customers.

The product beat out a cabbage-based relish called Slawsa from The Busha Group/Nicole Foods, and Tomato and White Sultana Chutney with Ginger and Garam Masala from Le Bon Magot. Black Pepper Bacon Jam also won as Fan Favorite in an on-site text poll conducted at the competition, in which representatives from the three companies were each given five minutes to pitch their products to foodservice professionals.

The judges also tasted each product, and after hearing the pitches, assigned scores for innovation, quality, and chef-appeal for foodservice. 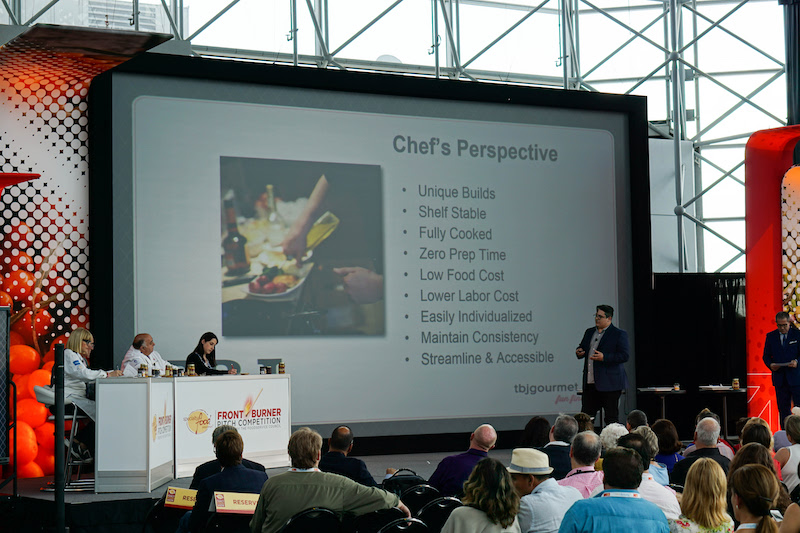 Maria Loi, chef and owner of Loi Esiatorio in New York, and a gourmet restaurant in Nafpaktos, Greece. She is a popular television chef in Greece, and the Chef’s Club of Greece has recognized her as an official Ambassador of Greek Gastronomy.

Henry Wainer, president and owner of Sid Wainer & Son, a supplier of specialty produce and specialty foods to the foodservice and hospitality industries. Wainer has been recognized for his commitment to promoting food safety and has received an honorary doctorate from Johnson & Wales University.

The first-ever Front Burner Foodservice Pitch Competition took place in January at the Winter Fancy Food Show in San Francisco. The winning product was Hummustir, a take on deconstructed hummus, providing consumers with cooked chickpea puree, toasted tahini, and simple spices in a 12-ounce container, or in 3- to 5-pound sizes for foodservice.