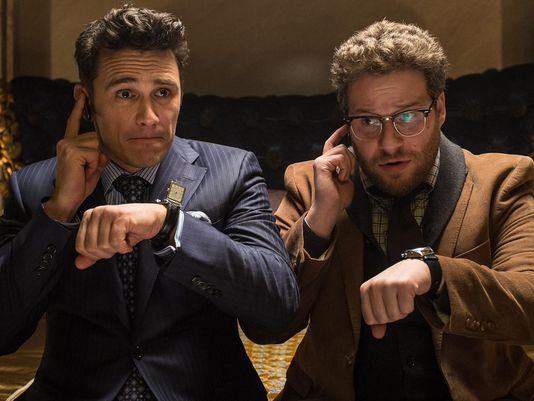 An Asheville, North Carolina, pizzeria and micro brewery is bravely venturing where many movie houses feared to go. They're screening "The Interview," a movie about an attempted assassination of the North Korean dictator  Kim Jong Un, starting Jan. 9.

This is the first and only time owners say Asheville Pizza and Brewing will play a first-run movie, said owner Mike Rangel.

According to the Citizen-times.com, "The Interview," starring James Franco and Seth Rogan, is more like a no-run movie.

The comedy, which was supposed to hit theaters on Christmas, initially was pulled in the wake of threats against theatergoers by Sony hackers. No Asheville theater has screened the comedy.

"The Interview" was later made available through video-on-demand services, and independent theaters around the country screened it.

For more on the unusual marriage of pizza and film, read on.