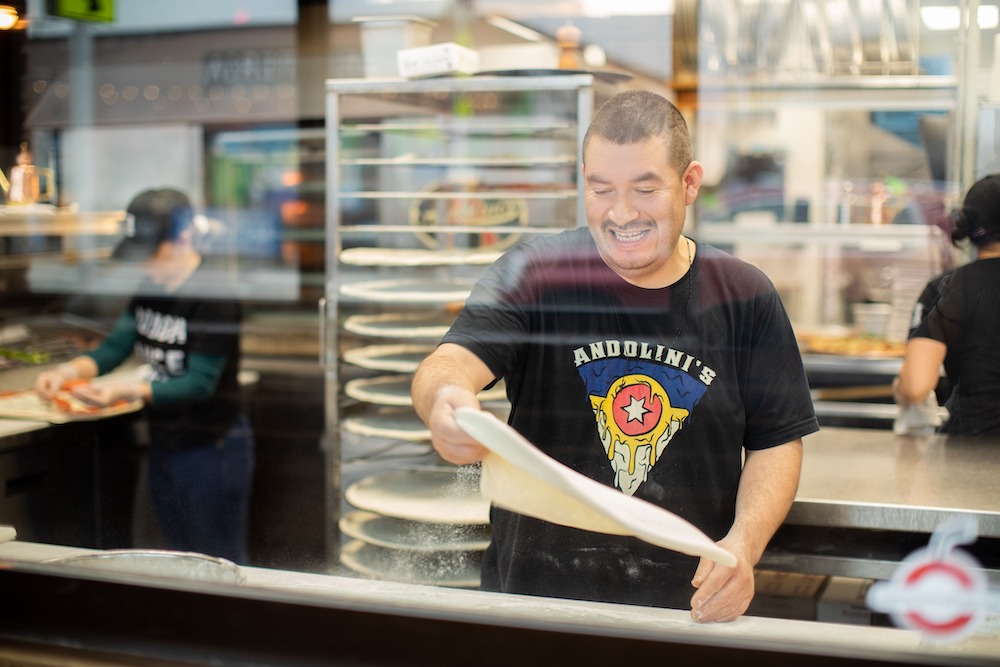 Pizza fans in Tulsa will soon get a chance to help break a record for the world’s largest pizza party, thanks to Andolini’s Pizzeria, with five locations in Tulsa, Broken Arrow, Owasso and Jenks, Oklahoma.

The pizza party will take place at the Donald W. Reynolds Center at the University of Tulsa prior to the Tulsa-Tulane basketball game on Saturday, January 21. Owners Mike and Jim Bausch are calling on fans to pack the stadium for the cost of a $5 ticket. To earn certification from Guinness Records, attendees will have to eat at least two slices of pizza, given away for free by Andolini’s.

According to the Guinness Records site, the current record for the world’s largest pizza party is 1,046 attendees. It was set by Istituto Romano della Pizza and Marco Di Pietro in Rome, Italy, on September 8, 2019.

A website for the Tulsa party has been created. It lists the rules for Guinness certification. Over a period of 15 minutes, all participants must simultaneously eat at least one-fourth of a 10” pizza and drink a small amount of water or soda. Gluten-free and vegan pizzas can be requested in advance.

If Guinness signs off on the pizza party as a record-breaker, everyone in attendance will get a certificate from Guinness.

Sponsor donations for the event will benefit Make-A-Wish Oklahoma.

This will be the second attempt by an American pizza company to break the largest pizza party record in recent months. Home Run Inn, based in Chicago, hosted its own event on October 1, 2022, prior to a Chicago Cubs-Cincinnati Reds baseball game at Wrigley Field. However, that event, which drew 1,086 guests, wasn’t certified by Guinness Records.

The Bausch brothers opened the first Andolini’s Pizzeria location in Owasso in 2005, although they made a mistake or two along the way. “We did the color of the Italian flag wrong in our sign, and it came out like a rainbow,” they noted in a recent Facebook post. “When we thought we fixed it, it ended up being backwards.”