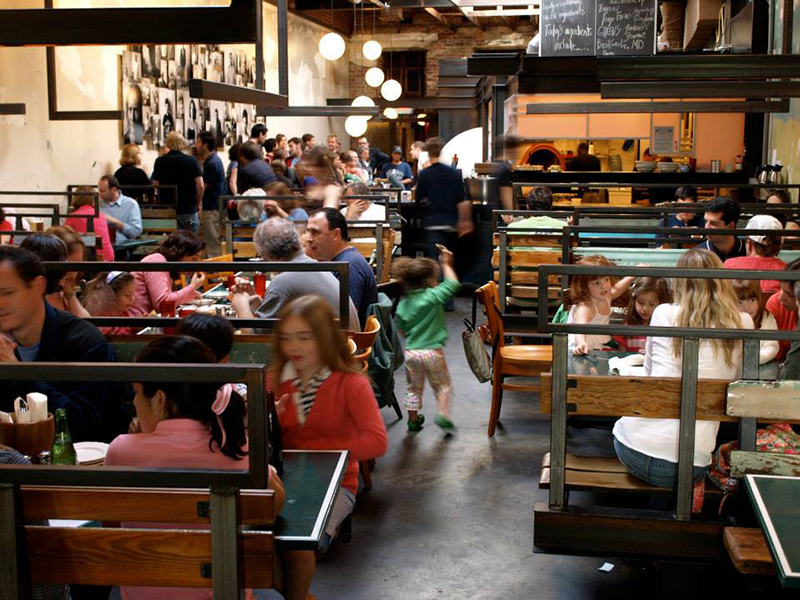 Alexandra Zapruder knows a thing or two about conspiracy theories. Her grandfather, Abraham Zapruder, shot the famous footage of the assassination of President John F. Kennedy in 1963, unintentionally helping to inspire legions of armchair investigators to conclude there were multiple shooters beside Lee Harvey Oswald.

Alexandra Zapruder doesn’t buy those claims, and, in an editorial for the New York Times, she rejects another, more current theory: that Comet Ping Pong, a Washington, D.C., pizzeria, secretly harbors a sex slave operation masterminded by former Secretary of State Hillary Clinton and other Democratic party leaders.

Zapruder lives near Comet Ping Pong, a family-friendly pizza shop with ping-pong tables and live music at night, and is one of many raising her voice in the pizzeria’s defense. The pizzeria rocketed to fame—and infamy—practically overnight recently when an armed man entered, fired his assault rifle and roamed about in search of young captives that he believed were being held there as part of the so-called sex-slave ring. Edgar M. Welch later surrendered to police and has been charged with assault with a dangerous weapon. He said he acted to save children because he believed in the widely circulated “Pizzagate” theory, spread on social media and fake-news sites, which holds that the pizzeria is the headquarters of a sex-slavery ring. No evidence has ever been presented to support the claim, and Welch later admitted he found no evidence during his search of the premises.

Since Welch’s arrest, patrons of Comet Ping Pong have been turning out to show their support. More than 2,000 Facebook users committed to a #StandWithComet event last weekend and to buying the pizzeria’s pies. Many lined up outside the restaurant with signs that read, “We’re Still Here” and “Fake News Is Not OK.” Others left flowers and handmade signs outside Comet Ping Pong. On Friday, according to KRQE-News 13, the lines were so long that “people waited an hour and a half for a table and carryout took 45 minutes. Other local restaurants spontaneously sent over wait staff to help. Others sent food for employees.”

In the New York Times article, titled “There Are No Child Sex Slaves at My Local Pizza Parlor,” Zapruder wrote, “The absurdity of this story would be laughable if it hadn’t led a man to bring a rifle to a restaurant filled with families. And if it hadn’t resulted in an army of online terrorists harassing the owner, his employees and others along that block of Connecticut Avenue, accusing them of unspeakable crimes and even issuing death threats.”

She points out that her grandfather, a clothing manufacturer, was accused by many of colluding with the CIA to cover up Kennedy’s assassination, of having secret ties to Oswald, even of being the actual triggerman “at the bidding of the Jewish Mafia.”

In the editorial, Zapruder calls on President-Elect Trump and other Republican leaders to speak out in Comet Ping Pong’s defense. “They should stand in front of the restaurant and say that no matter how vehemently you disagree with Mrs. Clinton’s politics, there is no justification for accusing her of child trafficking,” she writes. “They should condemn ‘fake news’—which is a weak term for deep hatred that takes the form of a story—and encourage their supporters to do the same.”