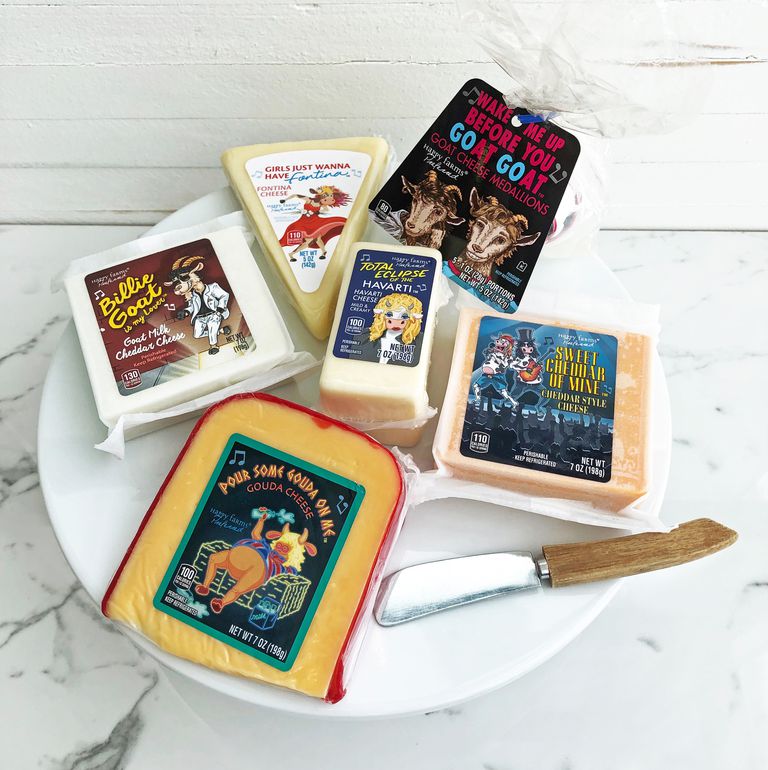 Aldi, the grocery store chain headquartered in Germany, hasn’t invented any new cheeses, but they’ve come up with a better way to name them.

The company recently introduced a lineup of six limited-edition cheeses named after classic pop songs from the 1980s. The promotion was timed around this past Sunday’s Grammy Awards.

The playlist includes “Wake Me Up Before You Goat Goat,” “Sweet Cheddar of Mine,” “Girls Just Wanna Have Fontina,” “Pour Some Gouda on Me” and “Total Eclipse of the Havarti.” But our favorite is the Michael Jackson-inspired “Billie Goat Is My Lover" – the line,"The kid is not my son," has never felt more hilariously appropriate.

Aldi last year touted its imported cheese-themed advent calendar, which sold out in minutes, according to USA Today, before becoming a big seller on eBay. The thoroughly edible calendar featured mini-cheeses in cheddar, Red Leicester, Gouda, Edam and Havarti styles.