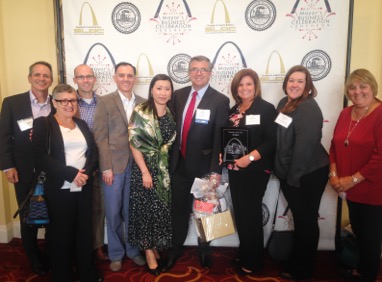 AB Mauri® North America, a leader in yeast and bakery ingredient products and solutions, was one of eight companies named Business of the Year by St. Louis Mayor Lyda Krewson. The award was presented Friday, Oct. 13, 2017, at the 15th-annual Mayor’s Business Celebration Luncheon. More than 1,000 executives, business owners and civic leaders from across the St. Louis area attended the event.

“St. Louis’ business community is rich with impressive and accomplished companies and individuals,” said Mark Prendergast, president, AB Mauri North America. “We are honored to have Mayor Krewson recognize the efforts of our team, and we look forward to playing a part in the next chapter of the city’s growth.”