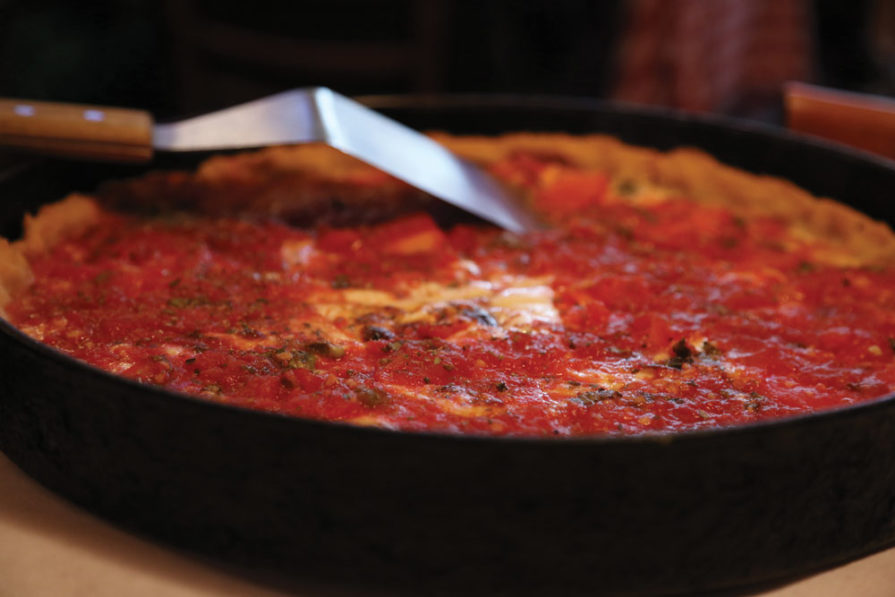 Over the years, we’ve come to find that Chicagoans prefer alternatives to the city’s famous deep-dish pizza by a pretty wide margin. According to Jonathan Porter, Chicago pizza expert and owner/operator of Chicago Pizza Tours, “The No. 1 pizza in all of Chicago is the thin-crust, tavern-style pizza, which is a circular pizza, cut into squares that has a cracker-like crust. It accounts for about 80% of all pizza being sold in Chicago,” he says. “But a lot of places will put a stuffed pizza (similar in size to a deep dish, but different in every other way) on the menu alongside tavern-style, because they can use the same dough for both.”

However, just because Chicagoans have grown to love tavern-style, that doesn’t change the fact that Chicago deep dish will always have its place in the city’s food culture. The style is so popular, in fact, it has spread to other parts of the United States as Chicago natives move out of the city and introduce their hometown pizza style to others.

But where did this unique pie, so closely related to Chicago, get its start? Would you believe with a Texan? 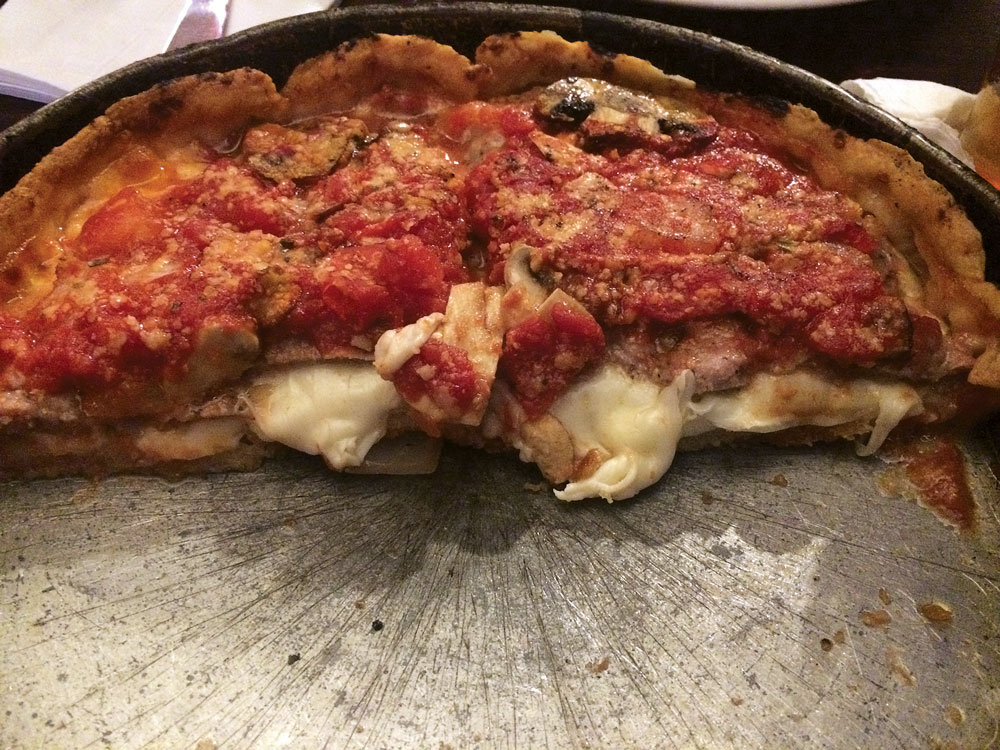 The origins of Chicago deep dish are a bit cloudy. While everyone agrees that the pizza got its start at Pizzeria Uno in 1943, not everyone agrees on the original creator. At the time, Ike Sewell owned Uno and was working with a couple of people who could have been the pizza’s originators. Most agree that it was either a collaboration between Sewell and his business partner Ric Riccardo (born Richard Novaretti), or chef Rudy Malnati Sr.

Porter, who has been researching Chicago pizza history for eight years, says, “In the beginning, Sewell, who was from Texas, wanted to open a Tex-Mex restaurant. When the food he cooked Riccardo made him sick, Riccardo left town for two months (presumably to Italy), came back, and said the business partners should make pizza.”

“Sewell wanted a pizza that was a meal,” says Porter. “Everything is bigger in Texas, or so they say.” But, when the partners realized that they didn’t know how to make pizza, Porter says that they went out and hired Rudy Malnati, Sr. to create one for them. “Malnati based his recipe off pizzas you’d find in the Turano region of Italy, like an Easter pie,” says Porter. Pizzeria Uno grew to become a great success, warranting the opening of a second pizzeria, Pizzeria Due, down the street from Uno. And Sewell did eventually get his wish for a Tex-Mex restaurant, opening Su Casa next door to Pizzeria Due, in 1963.

Want to mimic the Chicago deep-dish style in your own pizzeria? As Porter mentioned, with a stuffed pizza, which is like the big brother to deep dish, you can use the same dough as the pizza you already make in your pizzeria. This is the easiest way to start experimenting. All you need is a deep, round pan, a stick of butter, and the ingredients you already have on hand.

Make sure you have your dough rolled out thin, since you’ll be using two doughs for the pie. The top dough should be rolled extra thin, since it needs to cover the toppings. Use toppings traditional to Chicago, such as shredded mozzarella and sausage, and make sure you get a nice coating of butter in the pan for your base. Top it all off with a robust homemade tomato sauce and, before you know it, you’ll be singing Sinatra’s “My Kind of Town.” 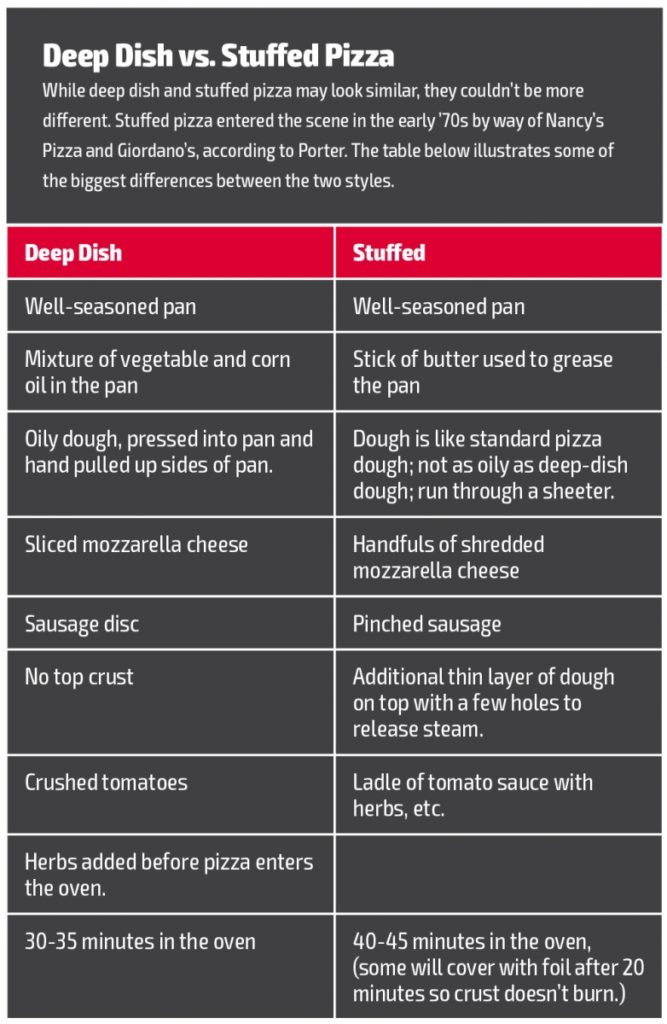