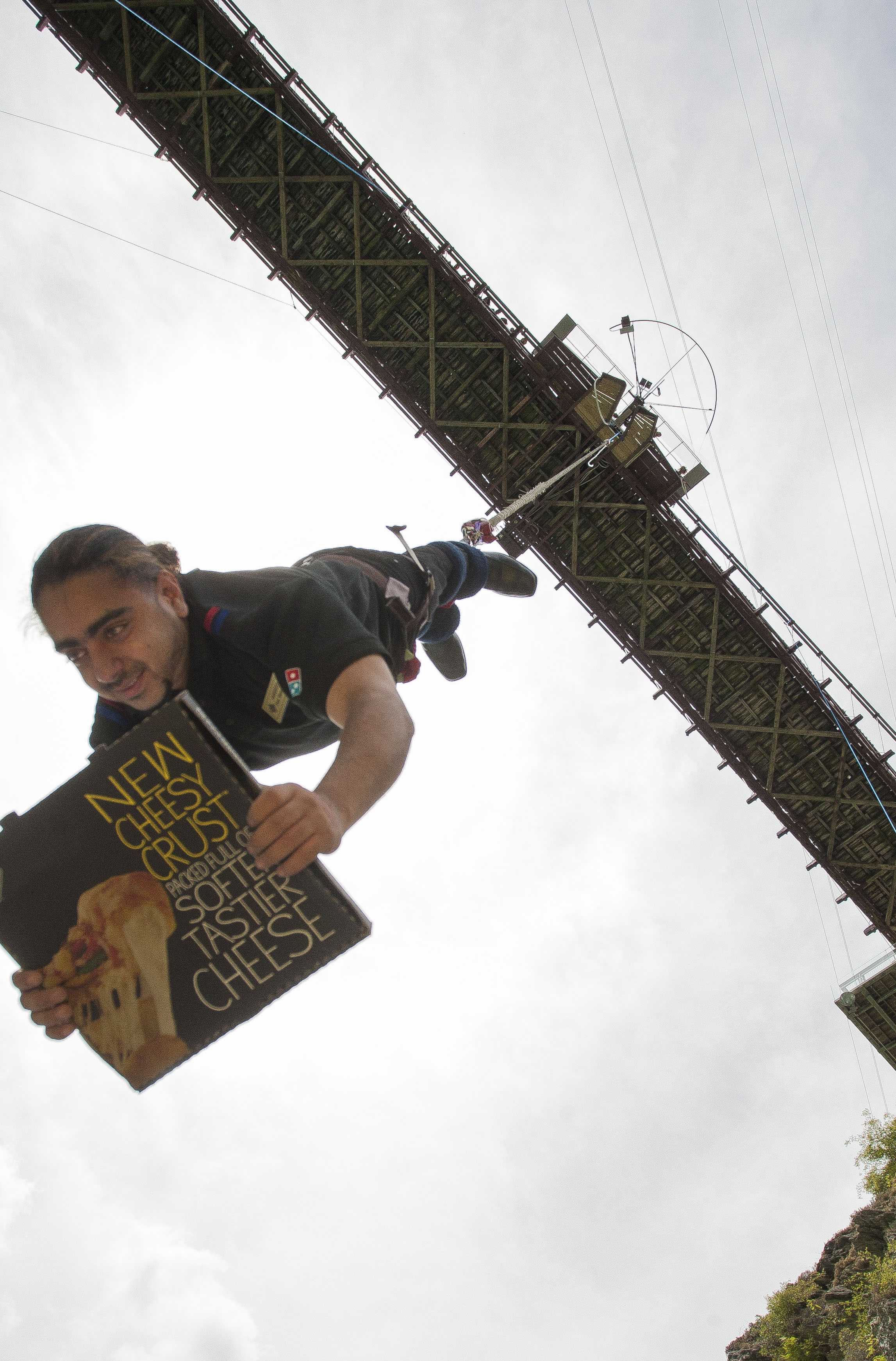 There has been a lot of talk in the United States and Britain about drone-based pizza delivery, but down in New Zealand, everybody’s buzzing about bungee delivery.

PMQ talked with Fleur Revell, Impact PR Managing Director and Stunt Creator for Domino’s, about the pizza giant’s bungee jump delivery last month. To celebrate its 600th store opening in Queensland, New Zealand, the company decided to mark the occasion by being the first to deliver pizza by bungee. The stunt took place at the AJ Hackett Kawarau Bridge Bungee on December 10 as a Domino’s pizza delivery worker delivered a pie to tourists in a jet boat below.

How did this idea develop?

Earlier in the year Domino’s made headlines by delivering a pizza by drone. When the 600th Australasian store opening was announced, it was the perfect opportunity to take the idea of a first-in-the-world delivery and give it a distinctively New Zealand twist.

As a country, New Zealand is renowned for its adventure tourism and for the bungee in particular, as the commercial bungee was, in fact, invented here by AJ Hackett, so this delivery reflects that fact. We wanted the launch to be fun and engaging and reflect the innovative nature of the Domino's brand, and we believe it did that.

How many takes were required to get it right?

It actually only took three takes. We were expecting it to take more than that, but our jumper got the hang of the jump very quickly, and we were able to get the pictures we needed.

Was the delivery jumper an actor or an employee of Domino's?

Our delivery jumper, Hardeep Singh, is the store manager of the Queenstown Domino’s store for which the stunt was created. We chose a Domino’s employee over an actor as we believed that the best person to represent the company was someone who has not only worked as a delivery driver before, but who has proven dedication and passion for the brand.

What kind of reaction have you gotten?
It's been well received by both media and Kiwi consumers alike. We secured great television coverage for the brand, with one TV network even asking viewers to come up with a name for the jump (the “Pizza Plunge” was just one of the suggestions). The story also generated nationwide coverage on broadcast, online and in print titles around New Zealand.

The event was designed to highlight the Queenstown region where the 600th Australasian – across Australia and New Zealand – store was to open. The grand opening was held on the afternoon of the bungee delivery, so Hardeep, the delivery jumper, was able to participate firstly in the stunt and then be there at the cutting of the ribbon. It was a proud day both for him and for the company.

Video of the bungee jump delivery: