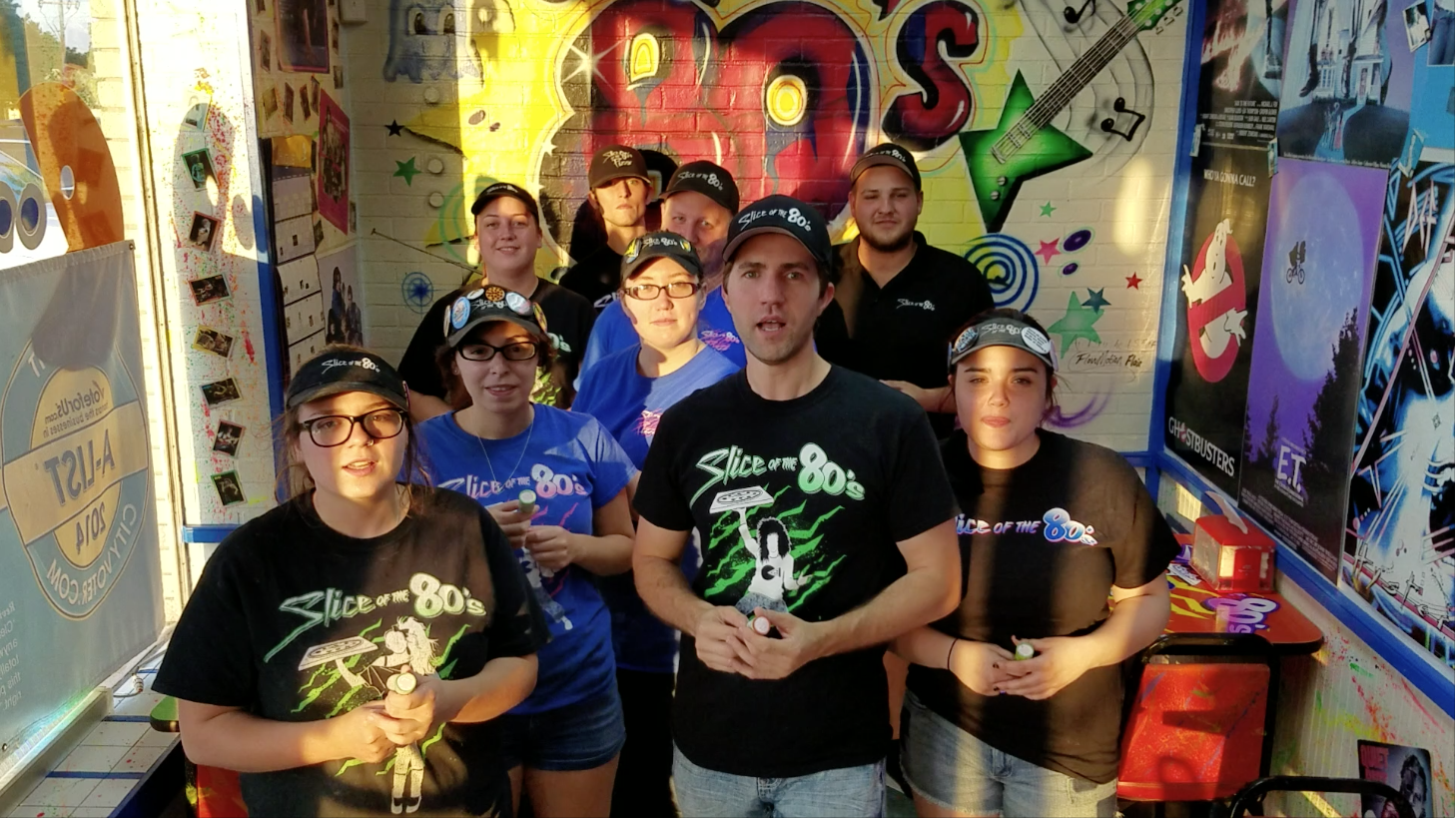 The critics have spoken: The winner of PMQ’s inaugural My Pizza Video Contest—and a $1,000 cash prize—comes from Slice of the 80s in Westland, Michigan. Entertaining and informative, it’s a supercharged three minutes of fast edits, story-telling interviews about the 80s-themed pizzeria, and flashes of neon purple and green reminiscent of the 1960s-era “Batman” TV series. Bam!

The PMQ panel of judges had a blast watching it, too. They were impressed with how Ely and Matt incorporated the pizzeria’s 80s theme into the video script and shot list.  From the Slice lobby, bedecked with a dazzling array of 80s-era memorabilia, Matt details the story of his 8-year-old business. “Here (at Slice of the 80s), it’s more of a fun adventure,” Matt explains at the video’s opening. “We’re kind of a Hard Rock Café with a pizzeria theme.” But the video never bogs down in talking-head overload. Quick shots of inviting food, décor, colorfully wrapped delivery cars and busy staff keep the pace moving as fast as a Def Leppard guitar solo.

And despite the slick production values, the video never forgets Slice of the 80’s true main attraction: its “Best in Detroit”-rated pizza. “We make our dough fresh every day, grind our own cheese and make our own sauce,” Matt reminds viewers. The on-target segment demonstrates why strong, mouthwatering pizza visuals are the best sales pitch for any pizza joint, both in video and in print.

Matt says the top prize was a huge surprise to the Slice team. “We’ve won a bunch of awards for our pizza, but we never expected to win a cash prize for our video talent,” he says.

The Slice of the 80s video was just one of a bonanza of entries submitted by pizzerias around the country. We even viewed a gripping story from a St. Maarten Domino’s operator on the Caribbean island. In the coming weeks, PizzaTV.com will post that piece, along with other great videos, at PMQ.com. Meanwhile, it’s time to “80s It Up” in a place where hair bands, award-winning pizza, pulsing video games and never-outdated customer service are offered up, slice by slice, every day. Like, totally, dude!