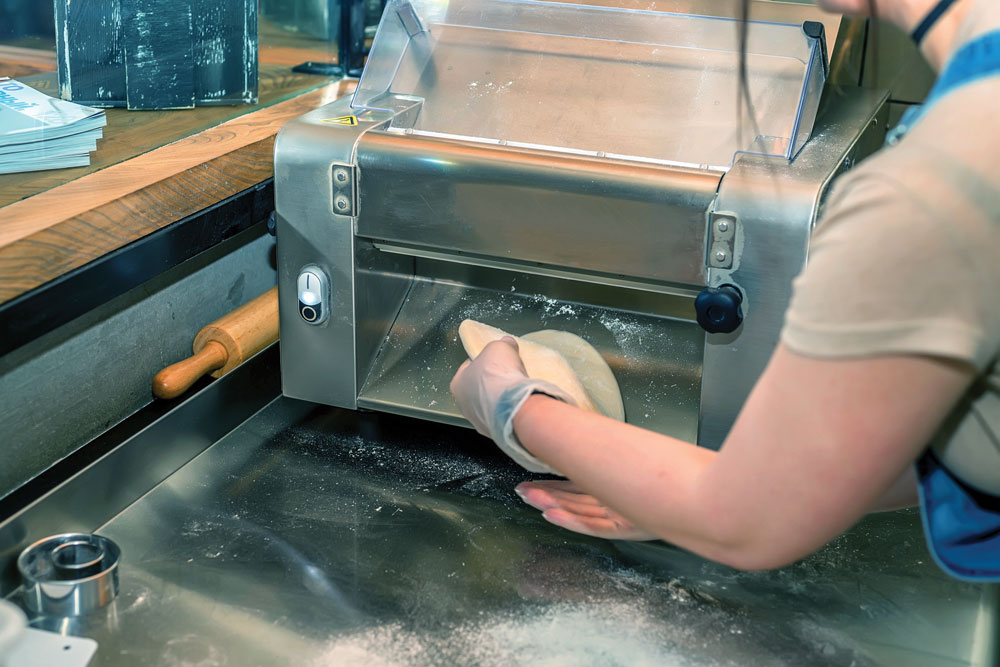 Whether you struggle with unskilled staff members, are looking to create a certain type of crust, or want to establish a commissary to serve multiple locations, there are machines to help—at least when it comes to your dough processing procedures. Sheeters, rounders and dividers are three pieces of equipment that can assist in streamlining your operation behind the scenes. Here, experts break down exactly what they do—and what to know before you invest.

Victor Cardamone, president and CEO of Mise Design Group in Williamstown, New Jersey, notes that sheeters are commonly used in pastry shop-type operations. “You can think of a sheeter like an electric rolling pin or a pasta maker on steroids,” he explains. “They essentially allow you to roll out large amounts of dough, quickly and to progressively smaller thicknesses, with relative ease.”

But sheeters can also be useful in pizzeria settings with unskilled workers who might not yet be adept at opening dough balls into pizza skins, according to Tom “The Dough Doctor” Lehmann, a consultant with Dough Doctor Consulting in Manhattan, Kansas. He says they’re often useful in international locations, where employees are totally unfamiliar with the properties of pizza—but they can just as easily come in handy when you’re hiring, say, high school kids with zero experience.

One caveat, Lehmann warns: A sheeter will compress the dough, lending to a dense crumb structure, instead of the open or porous properties many operations prefer. On the other hand, this makes them a must for crackerlike or thin and crispy crusts with a low-absorption dough (such as 45% absorption), as these doughs are so stiff that they require some machine muscle to open properly.

There is a middle ground on employing sheeters to help inexperienced employees, however. For those who are “toss challenged” when it comes to opening doughs, Lehmann recommends using a sheeter but increasing the gap between rolls. “This way, the skin is not opened to full diameter, but about 2” less, so it’s not degassed as much and offers better porosity and a more open crumb structure,” he explains. “Then they can open the dough by hand the rest of the way. After the employee has had some experience working with the sheeter, they can eventually open dough balls completely by hand.”

If you’re thinking of using this method, it’s best to look for a sheeter with a wider roller (Lehmann recommends buying the widest you can find); they can be purchased for about $3,000, or less for a used machine. 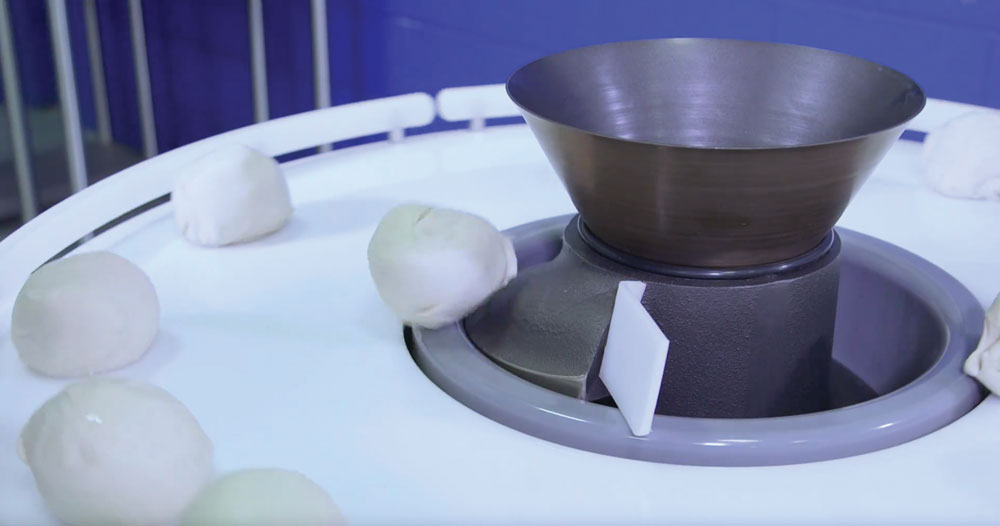 Save That Leftover Dough!

According to Tom “The Dough Doctor” Lehmann, scrap dough can be saved and used for a variety of purposes. It can be incorporated into your fresh dough at a rate of no more than 15% of the new dough weight. Simply cut the scrap dough into pieces and add it to the fresh dough about halfway through the normal mixing procedure.

You can also use leftover dough to make side items like breadsticks and garlic knots. First, scale your scrap dough into 2-ounce pieces, then form each piece into a ball. Place the balls on a lightly floured sheet pan, cover with plastic and set aside to proof/relax for about an hour until the dough balls can be easily rolled by hand. Then roll the balls into strips about 6” to 8” long, and they’re ready to be used for appetizers.

Cardamone notes that rounders and dividers are most commonly used in bread bakeries but are gaining more traction in larger pizza operations. “You typically purchase each piece of equipment separately, but some manufacturers also make combination divider/rounder units,” he says. “The combination divider/rounder units are very convenient and save a tremendous amount of labor. Once you properly program the unit with the desired product output—say, an 8-ounce dough ball—you drop in your 20-pound batch of dough, and the unit will portion the dough to the correct size and round the portions into a ball before dispensing it at the bottom of the unit.”

Rounders and dividers are also available as separate pieces of equipment. A rounder simply takes dough and forms it into a ball, usually using one of two most common approaches: plate, or centrifugal with an internal roller, Cardamone explains. “Similar to a manual divider, plate-style will use two plates (top and bottom) that have a circular indentation where you will place the dough pieces; it rolls into balls using oscillating vibration,” he says. “The centrifugal type will roll the dough through a channel, where it will be evenly rounded by the time it hits the bottom of the channel.”

Lehmann recommends rounders for high-volume operations (making more than 150 pounds of dough per day). “Some are bench-mounted, and some have wheels so they can be moved around,” he says. Because space is a valuable commodity in any pizzeria, he prefers the freestanding models. “Also, rounders have very few parts moving parts, so there is little to fail on them, and only three or four parts that are easily cleaned,” Lehmann adds.

“You can think of a sheeter like an electric rolling pin or a pasta maker on steroids. They essentially allow you to roll out large amounts of dough, quickly, and to progressively smaller thicknesses, with relative ease”

Dividers, on the other hand, are essentially a portioning device used to cut dough into equal sizes and can come in manual and electric types. “The manual machines will have interchangeable cutter/portioner plates and blades that you insert into the unit that are based on the intended dough portion you are looking for,” Cardamone says. “For example, if you have a 10-pound batch of dough and require 8-ounce portions, then you would select the 20-portion divider plate and blade.” The electric dividers, he adds, function similarly to a pasta extruder and are typically programmable to cut the dough based on the desired portion size (electric units are most commonly used in combination with a rounder unit).

Hence, Lehmann says it’s important to choose a machine that divides doughs within your scaling range, from lightest to heaviest. A machine that can scale your 14- and 16-ounce doughs but not your 8-ounce, after all, won’t do the job. “Dividers are most useful in commissary operations that are handling dough for multiple stores,” Lehmann says. “They’re accurate and work well. The average store won’t need them, but if you plan to grow locations, they might be something to add in the future.”

“You definitely want to understand your raw product and the final portion sizes needed,” Cardamone agrees. “Dough sheeters are typically used for more delicate, laminated-type doughs, whereas dividers and rounders are often used for more hearty, high-gluten-type doughs.” He notes that each unit you consider will have the product capacity it will handle outlined on the specification sheet, so it’s important to make sure the unit you’re selecting can provide the portion sizes needed for your end product!

What’s the secret to using a sheeter when forming hand-tossed dough? Tom “The Dough Doctor” Lehmann explained the process back in our August 2010 issue. “When setting the roll gap on the sheeter/roller, adjust it so the dough is sheeted out to only about 2⁄3 of the desired finished diameter,” Lehmann wrote. “Then finish opening the dough by hand tossing. This method helps to keep your dough skins from having an overly thin center section, and if you are not proficient at opening dough balls completely by hand, it will increase your speed while allowing you to develop the necessary proficiency to ultimately open the entire dough ball by hand.”