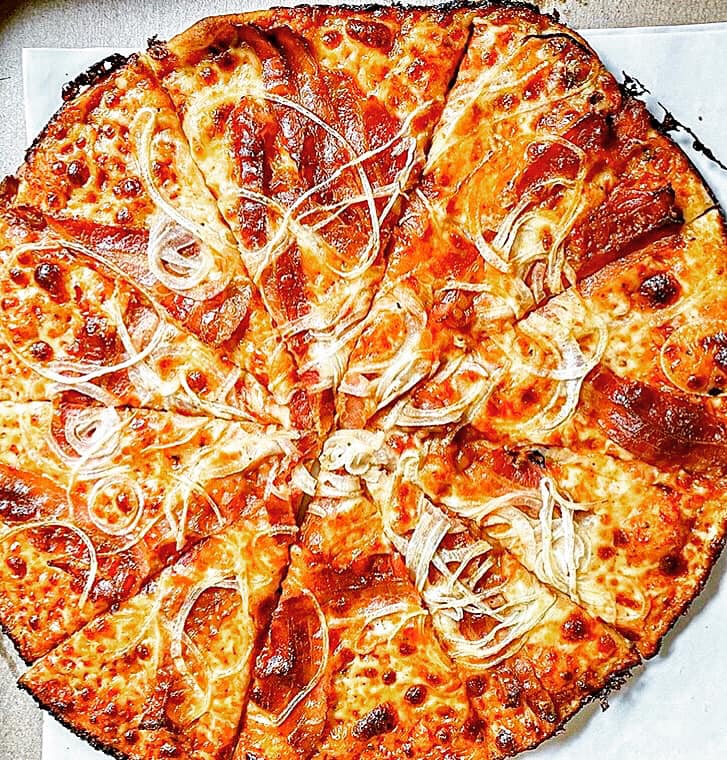 Colony Grill specializes in a unique type of pizza that was designed specifically for an Irish-pub setting.

Colony Grill, a Stamford, Connecticut pizza institution with roots dating back to 1935, has brought its legendary hot-oil bar pies to Arlington, Virginia.

Colony Grill began as a neighborhood drinking-and-eating spot 85 years ago and introduced its unique hot-oil bar pie, a type of pizza that was modified to fit the Irish pub setting. Colony Grill’s pizzas boast a razor-thin crust and a drizzle of a flavorful, chili-infused hot oil and are served on pie trays customized for a narrow bar top.

In an interview with The Washingtonian, Colony Grill Chief Operating Officer Ken Martin described the 12-inch pies as “super-thin, sturdy crust, light cheese, light sauce—basically, you can pick it up with one hand while having a drink in the other.”

The Arlington store is Colony Grill’s sixth location and its first outside the Northeast. In addition to the flagship Stamford location, the company has stores in Norwalk, Fairfield and Milford, Connecticut. It expanded beyond the Connecticut state line to Port Chester, New York, in 2018.

Colony Grill’s bar pie has been listed among the 101 Best Pizzas in America by The Daily Meal. “That signature oil is a must—if you don’t do it, don’t bother going,” a 2018 article said. “There’s almost the same amount of tasty sauce and cheese as there is crisp cracker crust.”

The article continued: “There’s something special about the equal amounts of ingredients you likely won’t have had before, the way the pockmarked surface resembles some crazy dream where cheese covers the surface of the moon (melty like you remember from the orange-oil-covered slice at your childhood favorite pizzeria), and how the sting of the oil brings you right back to the sip of beer you’ll want while savoring each bite.”