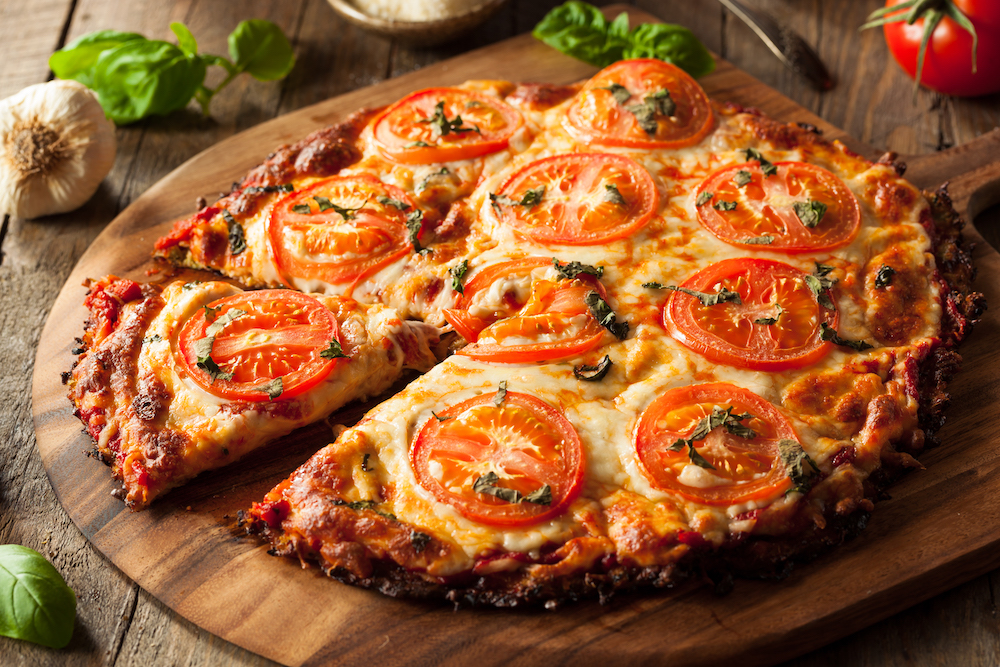 According to The Vegan Society, whose founding members coined the word “vegan” back in 1944, the first World Vegan Day was created to mark the 50th anniversary of the society, on November 1, 1994. Later, the celebration ballooned to World Vegan Week and, now, World Vegan Month in November. (Note that it directly follows National Pizza Month. Coincidence? We think not.)

“Every November, World Vegan Month is celebrated around the world as a time to shine a light on the vegan movement,” The Vegan Society notes. “During World Vegan Month, you are likely to see more vegan products available in stores, along with the promotion of vegan events, recipes, clothing and more.”

Of course, the organization encourages everyone to get involved in the celebration. How are you celebrating this month at your pizzeria? If you’ve not yet hopped on the vegan bandwagon, this is the perfect opportunity to get started. Here are some ideas—no matter what your current level of involvement in the vegan scene—that you can utilize for Vegan Month and all year round.

Related: The philosophy is “vegan first” at L.A.’s Mohawk Bend

Starting From Scratch
If vegan is not at all on your radar (that is, on your menu), first look at your current offerings to see what might already be vegan by default—or what could be easily adapted for vegan customers. Draw attention to these options as vegan-friendly with a special logo or letter (like a green V) next to the description on the menu. Share the items (with mouthwatering photography, of course) on social media throughout the month, and entice trial with discounts on vegan items all November long.

Better yet, make a special vegan dish that you run as a special all month long. You don’t need to invest in vegan alternatives for ingredients like butter and cheese if you’re not ready to jump in; plenty of simple, fresh ingredients that are staples of Italian food—olive oil, herbs, pasta, vegetables—are naturally vegan. You just need to use your creativity to combine them in delicious ways. Offer them to both vegan and meat-loving customers and solicit their opinions. You might find a new menu item that sells year-round—or an entirely new customer base you never knew existed.

If You Offer a Small Vegan Selection
Perhaps you stock only a vegan basic or two at your pizzeria and are looking to expand. Host a taste test challenge for the next ingredient to grace your menu. For example, if you already have cheese, try a meat-alternative taste test challenge among staff, customers or members of your local vegan Facebook group. (Don’t forget to show the process on social media, giving everyone a behind-the-scenes look.) Provide at least a few different faux meats to choose from (purchased, made in-house, or a mix of both) and put it to a vote. You can try vegan dupes of bacon, chicken, sausage, beef, seafood—or you can try to craft your own “meats” out of tempeh, mushrooms or textured vegetable protein. You can do the same with different cheese types, from in-house cashew ricotta to premade Parmesan or feta. Vegans love having more options at your pizzeria, and this is a way to vet those ingredients with a group of food lovers!

If You’re Vegan-Advanced
If you already have a pretty wide selection of vegan-friendly faux meats, cheeses and more, it’s time to put them all together in a fun, interactive way with your community of customers. Host a create-your-own vegan pie challenge by asking them to mix and match any vegan ingredients on your menu to create their own specialty pie and submit. Narrow it down to the top three entries and hold a vote on your social media accounts and through in-store ballots—or put the top three on the menu so customers can personally try them and judge by taste, awarding the prize to the biggest seller. The winning pie can become a seasonal addition or make the permanent menu, and you can offer a prize to the person with the winning entry (even if it’s just naming the pie after them, they’ll likely be thrilled).

Happy Vegan Month inspiration, everyone, and share any of your successes with us at tracy@pmq.com!