In 1922, Emil Coletta opened the Suburban Ice Cream Company, selling ice cream and Italian dishes. But when his son Horest took over the business in the early 1950s, he decided to focus more on food and added pizza to the menu. Largely unfamiliar to Memphis residents, pizza didn’t sell so well—at first.

“To try to stimulate interest in pizza in general, he came up with the idea of barbecue pizza, which no one, even in Chicago or New York, had at the time,” recalls current owner Jerry Coletta, Horest’s son. “But in Memphis everyone knew what barbecue was, and people liked the pizza and started coming back for more.”

Though barbecue pizzas are on menus nationwide today, this Coletta’s signature item is difficult to copy, thanks to a homemade barbecue sauce and pork that’s smoked in-house. The specialty pie helped make expansion possible: By the late 1950s, Horest had opened up a second location, which burned down in 1996; a new second location was opened in East Memphis in 1999 and is managed by a fourth generation of Colettas. And it doesn’t hurt to have a celebrity endorsement—Elvis Presley frequently dined at the original restaurant, so fans from around the world regularly pop in to sit at Elvis’ table and peruse the memorabilia on the walls.

To maintain consistency between locations, the restaurant makes its barbecue sauce, ravioli, meat sauce (300 gallons per week) and meatballs in a commissary, but the most important work takes place within the restaurants’ walls. “We try to get to know our customers by name,” Jerry says. “It’s one area in which independents can excel when competing with chains. Get out front and get to know the people who come in. Make your customers your friends. That’s what makes the restaurant business an enjoyable experience.” 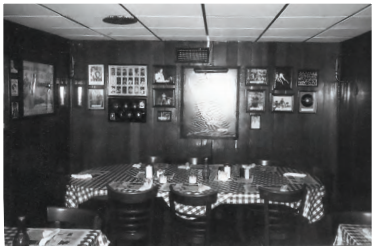 Pizza Tomorrow: Get Ready for a Brave New World