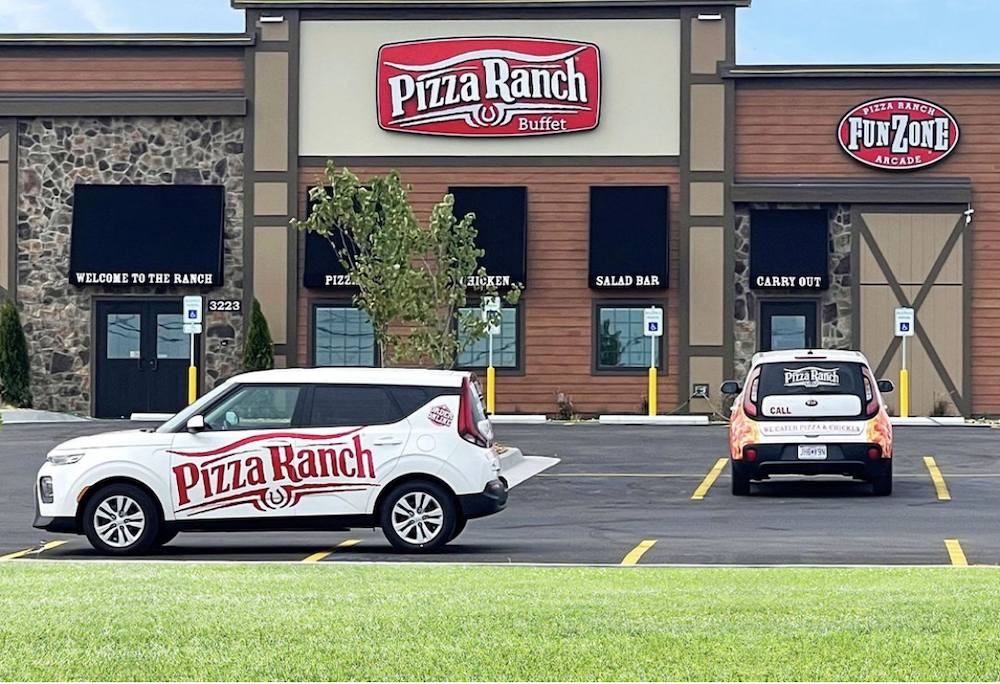 This Pizza Ranch location opened in Joplin, Missouri, in July 2022.

Could pizza chain franchising be the future for some Native American entrepreneurs? Dennis Johnson, a member of the Red Lake Band of Chippewa Indians in northern Minnesota, thinks so.

Johnson is the chief investment officer of Ho Chunk Incorporated, an economic development firm owned by the Winnebago Tribe of Nebraska. “We have a goal of providing economic development and job opportunities to tribal members and diversify income for tribes that have [come] to rely on gaming as a main revenue source,” Johnson told Nation’s Restaurant News (NRN) recently.

Representing Ho-Chunk, Johnson meets with Native American tribes around the country to help them find new economic opportunities. After meeting with the Red Lake Nation in Minnesota, he decided to open a Pizza Ranch franchise in Bemidji, 35 miles south of the Red Lake reservation.

He’s a longtime customer of Pizza Ranch, a midwestern brand with 211 locations in 14 states. “Bemidji is a bustling economic town and a hub of activity for north-central Minnesota,” Johnson told Franchise Times. “I would be there for business trips and long weekends and ask, ‘Why isn’t there a Pizza Ranch here?’”

The new Pizza Ranch location spans 8,400 square feet and includes both a restaurant and a FunZone arcade. Johnson said the restaurant will employ 60 people.

In addition to the Red Lake Nation, there are two other Native American reservations in the Bemidji area—the Leech Lake Band of Ojibwe and the White Earth Nation. Johnson sees his first Pizza Ranch franchise as a starting point for creating new jobs and opportunities for Native Americans beyond the gaming industry. He also wants to organize an investment fund to launch more Native-owned businesses.

Johnson explained his longterm plan to NRN. “I envision being able to help other tribes follow this franchising model, because…the most frequent questions that most of these tribes come here [with] are, ‘What opportunities do we have? What could we do? What widget would we sell?’”

“I love franchising,” he told NRN, “because it takes all of that wondering and thought process, and it gives you that development system and processes and a business model that you can just literally execute and follow.”

Johnson added that he envisions “having tribal partners in the future and helping tribes develop, whether it’s through a Pizza Ranch franchise or other areas too. I think tribes throughout the U.S. have an opportunity here to be able to execute on a franchise model and take a lot of the risk and unknowns out of the equation.”