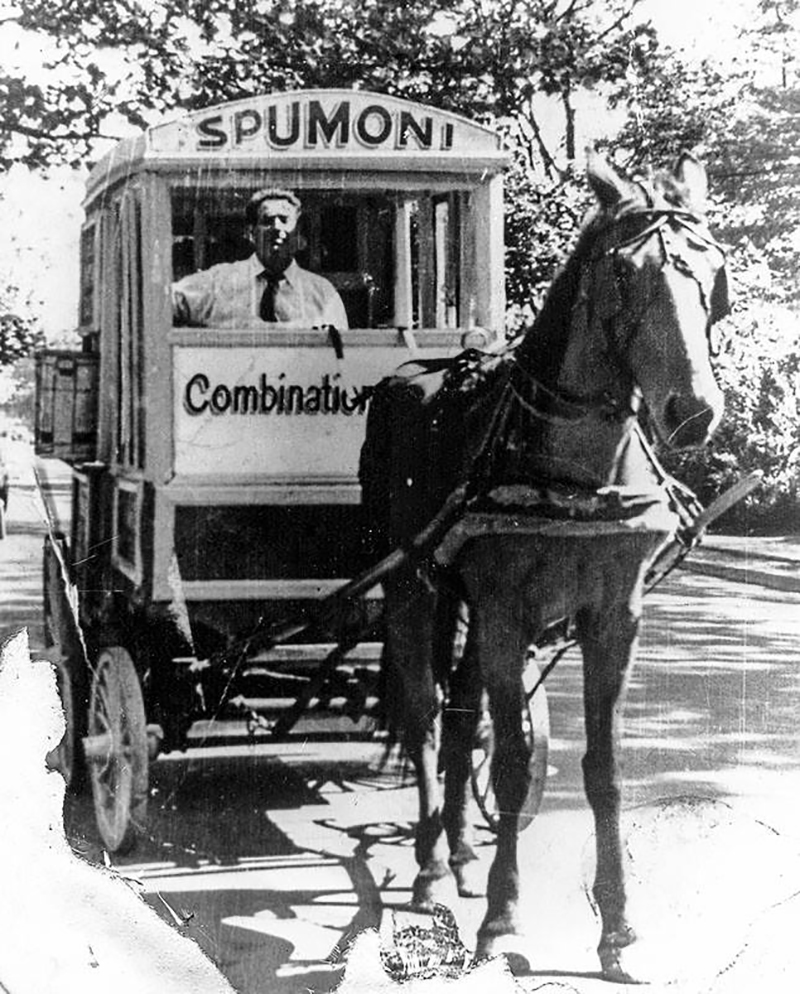 One of the wilder controversies in the pizza world went off the deep end last week when Louis Barbati, co-owner of the legendary L&B Spumoni Gardens in Brooklyn, was shot to death at his home. According to media reports, police think it was a botched robbery, but that theory may raise more questions than it answers. And the biggest question is, did the murder have anything to do with Barbati’s delicious sauce recipe that once sparked tensions between two rival Mafia families?

A man in a hoodie lay in wait for Barbati and shot him multiple times after he’d driven home from work on Thursday night. The killer then fled without taking any of Barbati’s flashy jewelry or the cash in his pockets ($10,000, according to some reports). The New York Times says police are “trying to figure out if Mr. Barbati’s past—specifically, a feud connected to his restaurant—may have played a role in his demise.”

L&B Spumoni Gardens is a member of PMQ’s Pizza Hall of Fame. Read about its history here.

The feud took place in 2009, after Eugene Lombardo, whose sons worked at L&B, allegedly stole Barbati’s secret sauce recipe and opened his own pizzeria, called The Square, across the bridge on Staten Island. Lombardo was affiliated with the Bonanno crime family, according to New York newspaper accounts, while Frank Guerra, the former husband of an L&B co-owner, was allegedly an associate of the Colombo mob.

Once Lombardo opened his new restaurant, Guerra—who was acquitted of the double murder of former crime boss Joseph Scopo and Staten Island club owner Michael Devine—and two Colombo family associates, Anthony Russo and Frank Iannaci, paid Lombardo a little visit. A heated argument soon broke out over the alleged theft of the sauce recipe, and Ianacci slapped Lombardo, according to the Daily Mail.

As tensions began to escalate, another mob associate called a sit-down between the Colombo and Bonanno families at a Panera restaurant. “The Colombos demanded a share in (Lombardo’s) restaurant or a $75,000 payment for stealing the recipe,” the Daily Mail reports. Eventually, Lombardo agreed to pay out $4,000 to members of the Colombo organization.

Guerra was later charged with extortion and faced trial for his role in the feud. He’s now serving prison time for selling Oxycontin.

News reports do not link Louis Barbati himself or his family's restaurant to any kind of Mafia activity. He was the grandson of Ludovico Barbati, who founded L&B’s in 1939 and made it famous for its Sicilian-style pies and Italian ices. The New York Times described Louis Barbati as “a fixture in the neighborhood, a magnetic man with an infectious laugh and an encyclopedic knowledge of his trade.”

Tony Muia, founder of Slice of Brooklyn Bus Tours, is quoted as saying, “Lou was basically the face of this place. He was just this big, friendly guy who was always happy. I never saw him without this amazing love for that business.”