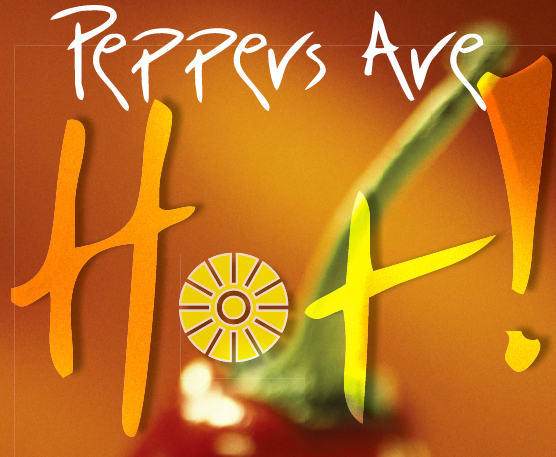 When some people think of peppers, they may envision a tangy, spicy taste that burns the mouth and causes a breakout of sweat. But peppers have evolved into popular additives in the American diet, and food industry leaders have taken note.

Jim Bianco, CEO of Ron Son Foods, a major food supplier in Swedesboro, New Jersey, says his company is meeting an ever-increasing demand for peppers. “We began as a processor of domestic mushrooms for the food service and industrial markets,” he recalls. “Over the years, we have listened to the needs of our customers and have expanded our line of products accordingly.” The Ron Son product line now not only includes a variety of domestic and imported mushrooms, but boasts a full line of Italian pasta, olive oil, and green and ripe olives, as well as new favorites: fire-roasted red peppers and pepperoncini. The company maintains warehouses in Swedesboro, New Jersey; Chicago; Cincinnati; Atlanta; Tampa; Dallas; Houston; Seattle; Oakland, California; and Los Angeles.

Pepperoncini (also known as Tuscan peppers) are grown in the Tuscany region of Italy and tend to be bitterer than other peppers. Pepperoncini are very popular for pickling and are relatively mild, with only a slight heat. The addition of various peppers in pizzeria salad bars and to-go boxes has only increased their popularity—as has the notion that they can be a healthy option.

“I think the popularity of roasted peppers is part of the overall healthy-eating trend,” says Bianco, who estimates that his company handled $1 million worth of roasted red pepper sales last year. “It’s by far our biggest item in the pepper sector. Also, jalapeño peppers are selling better than in past years, because Mexican cuisine has become so popular in this country.” He indicates that pepperoncini has also lately grown as a popular item: “Pepperoncini makes a terrific garnish for almost anything. If you briefly rinse the peppers in  cold water before serving, you can lessen the salty, vinegary flavor. Many pizzerias use them to send along with their to-go orders.”

So just where did peppers originate? According to Hillary Marshak in her article “All About Peppers,” the most common types of peppers (genus capsicum) are thought to have existed millions of years ago in present-day Bolivia, while the earliest cultivation of peppers took place in Mexico, Central America and South America 10,000 years ago. Capsicum existed mainly in the Americas until about 1600, but Christopher Columbus helped spread peppers around the world.

Indeed, today, many U.S. distributors look outside their homeland for a pepper source. Bianco’s company imports much of its pepper inventory from Peru and Turkey. “It’s much cheaper to get them from South America and Turkey, because their harvest doesn’t cost as much. The whole process is cheaper, from labor to the price of real estate. It’s just a simple matter of sourcing from the least expensive source.”

Annie Owens, marketing manager for  A. Camacho, a Plant City, Florida-based specialty foods distributor, agrees. “Turkey is cheaper because of the increasing Euro and, since Turkey is not part of the European Union, it is duty-free,” she points out. Owens says the top-selling pepper at A. Camacho is the Greek pepperoncini. “We call them ‘Golden Greeks.’ They’re yellow-green and have an indented nose at the tip of the pepper. We pack them in mild vinegar brine, and they work really well on sandwiches and pizzas.”

If your operation isn’t running on the scale of Ron Son or A. Camacho, you can fi nd peppers stateside. California and Florida produce more than 80% of the sweet bell peppers for the United States. The bright green peppers are available year-round, while the red, orange, yellow, purple and brown varieties can be found in supermarkets sporadically throughout the year. (Note: All sweet peppers are green at the immature state; as the peppers mature, they change color. The most common color of a mature sweet pepper is red. Because the sugar content increases as a sweet pepper matures, the red, orange, yellow, purple and brown peppers tend to be sweeter than green peppers.)

You can categorize peppers by use (hot, sweet or ornamental) or by origin. You might see the following types of peppers in your local grocery store: bell, Anaheim, ancho, Fresno, banana, poblano, habanero, chipotle, jalapeño and Serrano (many more types exist). The differently colored bell peppers are sweet, but the others are considered hot peppers, and each have a unique flavor and level of intensity, from mild to medium to fiery.

While bell peppers are also categorized in the capsicum genus, they are distinguished from hot peppers by their  much larger size and their flavor. It’s also important to know that color plays a large role in a pepper’s flavor. For example, green peppers have a somewhat astringent taste profile; red peppers are milder in taste and aroma; orange is even milder and sweeter; and yellow is light and almost fruity.

Storage and care tips: Store peppers in a cool, dark place. Peppers will easily keep for more than one week, but remember to leave them unwrapped (plastic bags will make them rot). They can also be frozen if blanched first.​ 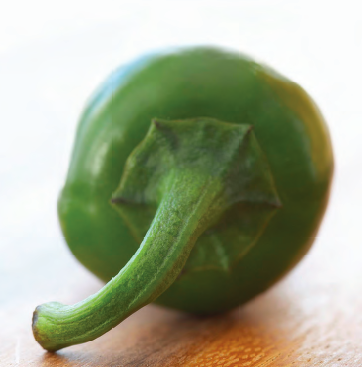 Marshak’s article points to the fact that various health effects are associated with regular pepper consumption. Hot peppers can clear the nasal passages in no time, while regularly eating peppers can help control insulin in the body (helpful for diabetics), and help halt the spread of prostate cancer. On the other hand, peppers can also cause digestion problems.

Bell peppers are a great source of vitamin C, with twice the amount of vitamin C (by weight) than citrus fruits, according to a recent article on www.foodreference.com. The article reports, “This powerful punch of vitamin C is an antioxidant that may be effective in preventing certain cancers. Red bell peppers have three times as much vitamin C as the green varieties and are a good source of beta carotene.”

For all of these reasons, as well as geography —peppers have long been associated with the Mediterranean region—peppers have received new life as a health food.

Even as consumers’ eating habits evolve, it appears that peppers will have a place at the table for many years to come, and manufacturers will continue to make them readily available for consumers. “We’re looking to expand our line of peppers,” Owens says. “We’ll soon be carrying roasted red peppers. Our customers have requested it and, after doing some research, we feel very comfortable that roasted reds will be very competitive.

“We’ve definitely seen an uptick in the sale of peppers over the last three to five years,” she adds. “Although pricing reflects market conditions, we attempt to keep our customers competitive in the marketplace and accommodate, as well as anticipate, their needs and demands.”

“Today’s consumer is willing to try new things,” Bianco concludes. “Years ago, there were people who had never eaten a bell pepper—it just wasn’t on their radar. I think salad bars and pizzerias have done as much for bringing peppers into the national consciousness as anything. Even with our line of products, it has taken us a while—we started 39 years ago—to get around to stocking all of the different kinds of peppers.”

Bianco says the numbers add up, and he sees the future state of peppers as healthy to eat—and bank on. After all, he points out, he’s not selling peppers for his health: “I wouldn’t be selling them if they weren’t buying.”