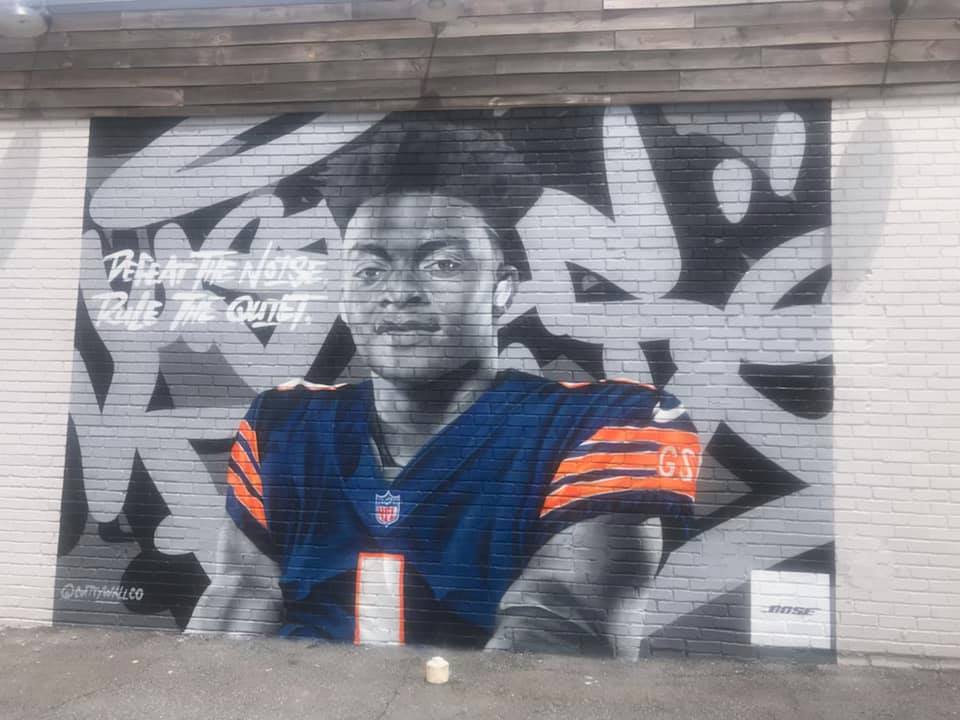 Related: How micro influencers can help you better market your pizzeria

When hometown football hero Justin Fields made it into the NFL earlier this year, Pisano’s Pizzeria & Italian Kitchen, located in Kennesaw, Georgia, was determined to pay homage to his success in a highly public way. But city leaders weren’t too crazy about the idea.

In a partnership with audio products company Bose, Pisano’s commissioned an artist to paint a huge mural of Fields on the restaurant’s east wall, reports the Atlanta Constitution Journal (AJC). Unveiled in April, it depicts the former Georgia and Ohio State quarterback wearing his new Chicago Bears jersey and a caption that reads, “Defeat the Noise. Rule the Quiet.”

But there was one little problem: The mural violated city zoning regulations, earning a citation and $1,000 fine from the city. Although Pisano’s had notified officials of its plans to install the mural, the pizzeria moved forward without going through the required permitting process.

Fortunately, it looks like Pisano’s June 8 court date will have a happy ending. According to the AJC, City Council officials have signaled their intent to reduce the fine and officially sanction the mural.

Michael Judvytis, Pisano’s general manager, said Harris is well-known at the restaurant. Many of his Harrison High School classmates, who knew him personally, work there, and some of his family members are customers.

“It’s definitely a tribute to somebody local that made it big in the sports world,” Judvytis told the AJC. “He worked hard. Went to play for UGA, went to play for Ohio State, and then got drafted to the NFL. So this is just kind of like the American dream come true.”

With Fields at QB, the Buckeyes went 20-2 over two years and played in consecutive College Football Playoff bowl games.