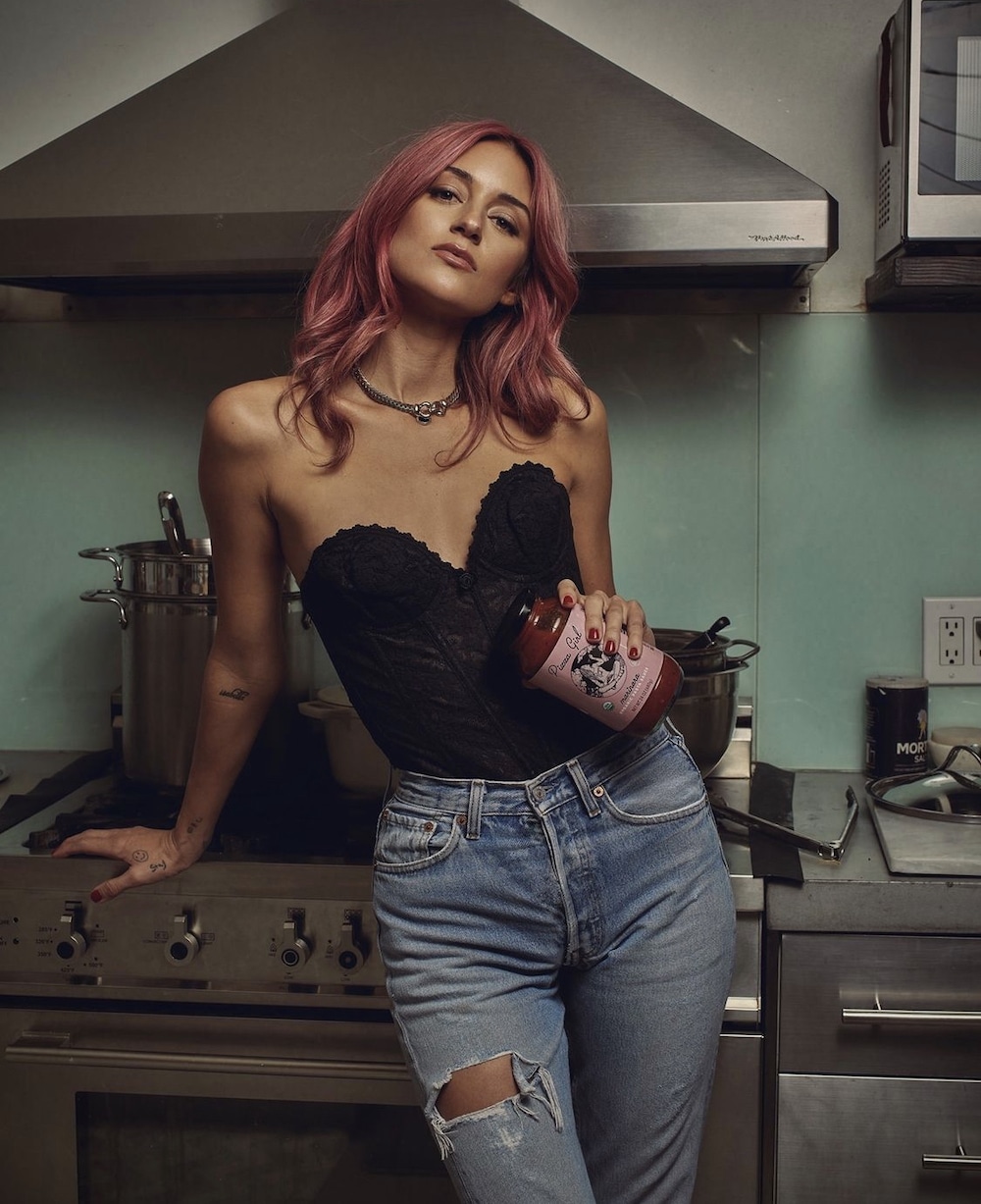 Caroline D'Amore once modeled for fashion designers and partied with Paris Hilton. Now she runs her own pasta sauce brand called Pizza Girl.

Related: Adding pasta to your menu can boost your pizzeria’s bottom line

Caroline D’Amore, the daughter of Malibu pizza legend Joe D’Amore, turned her back on the family business for years—she was too busy partying with Paris Hilton, strutting runways as a model and appearing in reality TV shows. Now she’s back with Pizza Girl, a brand of organic pasta sauces currently in its second incarnation after getting run out of business by the larger foodservice conglomerates.

This time, she has surrounded herself with people she trusts and plans to stay in control, as she explained recently to the Malibu Times.

Caroline’s dad, the founder of the D’Amore’s Famous Pizza chain in Malibu, gave her the “Pizza Girl” moniker when she was a kid, one of four daughters that Joe D’Amore had to raise alone after their mother died when Caroline was five. Joe took the children along with him to high-society catering gigs, clad them in cute t-shirts that read “Pizza Kids,” and taught them to serve his signature Neapolitan pies while charming the clientele.

But Caroline wasn’t interested in being anybody’s pizza girl as she got older. “So I went off—and also, when you don’t have a mom, you end up on your own at times—and became a bit of a party girl.” 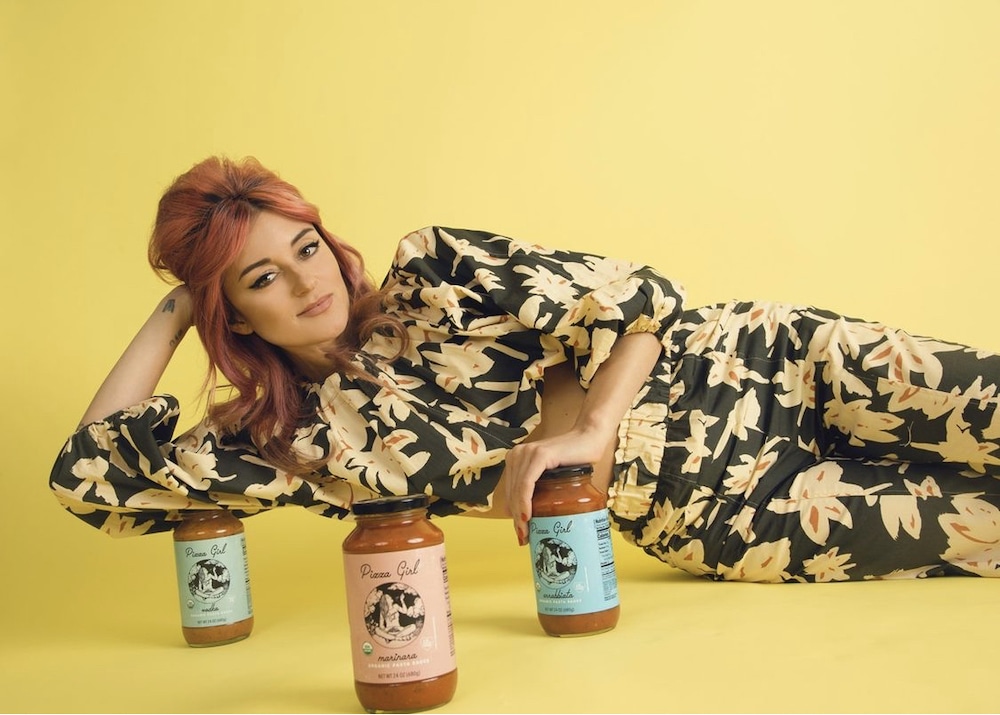 She became celebrity gal-pals with Hilton and Nicole Richie during their era of TV fame with “The Simple Life” in the 2000s. To pay her own bills, Caroline turned to modeling and DJing and was spotted on magazine covers before becoming a mother and finding her way back to the restaurant business.

First, she launched her own D’Amore’s franchise but lost it in a messy divorce. Now in her 30s, she founded Pizza Girl in 2019 and singlehandedly talked more than 100 Los Angeles-area supermarkets into carrying the pasta-sauce brand. “At first, it was very mom-and-pop,” she told Forbes recently. “I walked a jar into Erewhon a couple of years ago and told them they had to try it. They said, ‘That’s not how this works. You actually have to go through the right channels.’ And I said, ‘This is how I’m doing it. I’m here. Who can I talk to?’”

But when the pandemic hit last year, Pizza Girl felt the hard-hitting muscle of the food conglomerates, which had practically monopolized organic tomato growers’ produce.

“We sold out of every single jar of sauce in two days during the big rush to the supermarkets,” Caroline told the Malibu Times. “You’d think that’d be a good thing, but it was actually terrible because I was unable to source my ingredients.”

Related: Turn down the heat for a better pizza sauce

As she reflects on the Pizza Girl website, “Every jar of Pizza Girl sauce was removed and replaced by other products. It was a heartbreak like I have never experienced. I felt beyond defeated. I had never been so depressed.”

Forced to shut Pizza Girl down, Caroline didn’t give up. “When I was finally done feeling sorry for myself, I reached deep down and decided to get up and get it together,” she explains on the website. “I took the past six months of downtime to start again. I had nothing but a dream and a trademark, and I’d stare at my daughter and, like so many of us, use that inspiration from the ones we love to carry on. I surrounded myself with like-minded partners and restructured from the ground up, using all that I had learned and a crazy determination. I decided I would only work with people who really have my back and share my belief and vision of Pizza Girl.”

She relaunched the brand on March 9, 2021, at a party with celebrity guests that included Hilton and Emile Hirsch, as well as her dad and her brother, Joe D’Amore Jr. 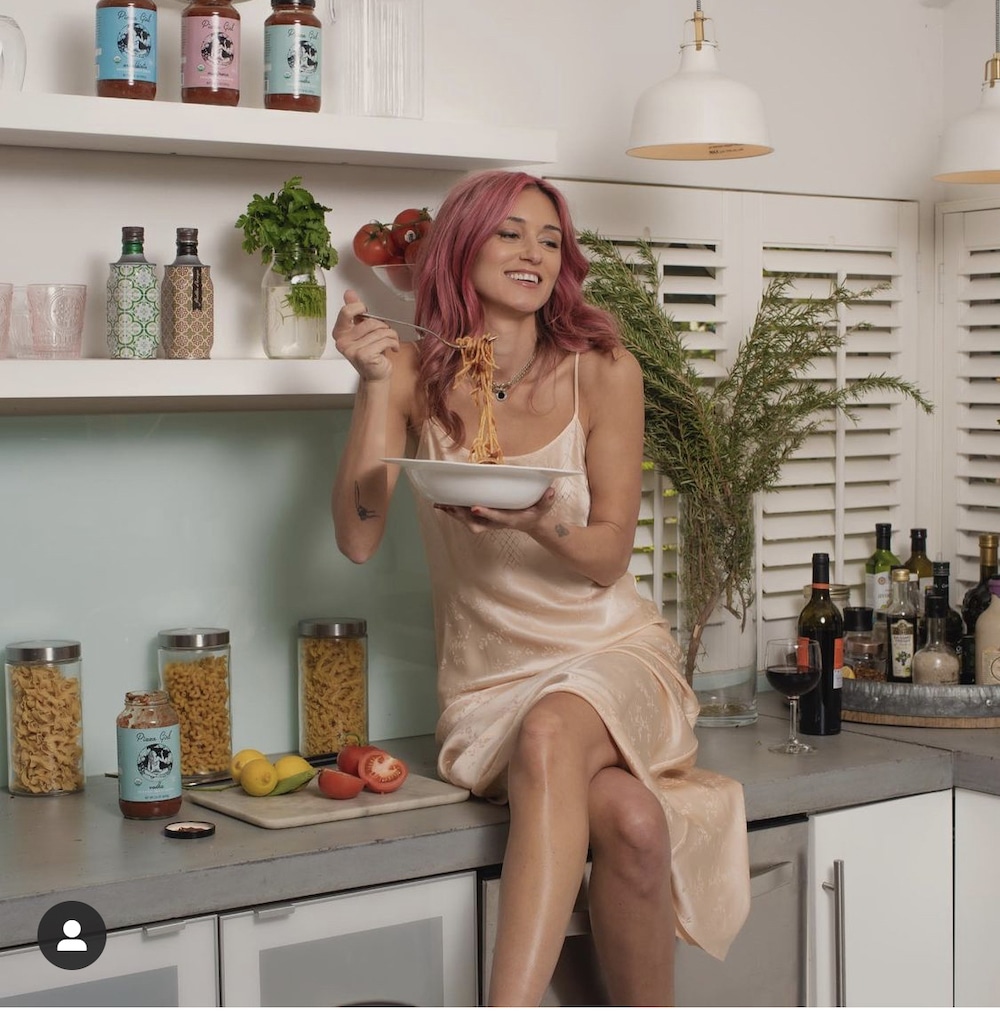 Pizza Girl currently offers three sauces—Arrabbiata, Marinara and Vodka—all of which she developed herself. “It was so hard to find organic sauces that had no added sugar or fat—and there wasn’t a single jar that represented the moms of my generation,” she says on the website. “Us millennial moms care about every single ingredient but still want that high-quality taste with a fresh spin on packaging.”

Pizza Girl’s sauces can now be found in Gelson’s stores, and she’s working on Vintage Grocers and Whole Foods. Her featured role in MTV’s reboot of the reality show, “The Hills,” probably won’t hurt sales either.

Related: How to portion out the perfect amount of pizza sauce every time

Forbes noted that the high-profile TV show will give Caroline a chance to showcase her brand to a national audience. Meanwhile, she has grown much more comfortable with her Italian food heritage and her new role as an entrepreneur.

“I think that finding my calling is just such a good feeling,” Caroline said in the Forbes interview. “I know so many people out there struggle to figure out what they want and what makes their heart sing. When I was little, I never thought it would be the CEO of a pasta sauce company. And it’s just kind of all falling into place like magic.”