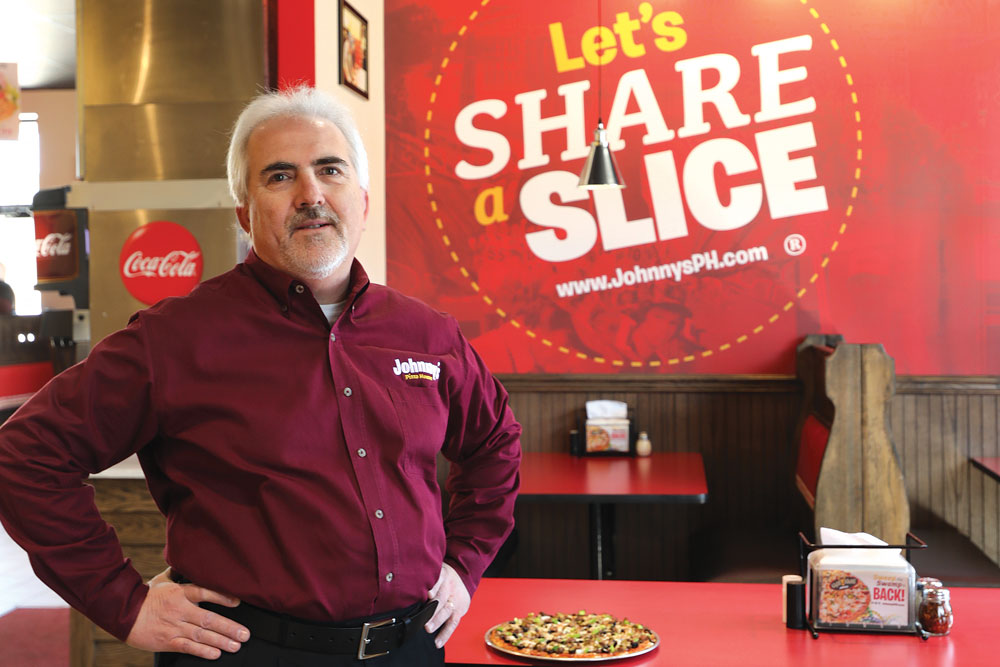 Johnny Huntsman, the founder of West Monroe, Louisiana-headquartered Johnny’s Pizza House (JPH), was a family man with more than one family. When he passed away in 2017, he left behind his wife of 30 years, two daughters and a son, plus several grandchildren and great-grandchildren. But his second family was even larger—hundreds of managers and employees at the company’s more than 40 corporate-owned and franchise restaurants. Luckily for the latter, Huntsman’s own kids had little interest in the pizza business. So long before his death, he launched a plan to provide for his other “heirs”—those who worked hard to make JPH a thriving business a full 50 years after it started.

Huntsman was such a good businessman—and such a great character—that he appeared twice in PMQ’s pages. Now it’s 2019, and we’re still writing about him, because Huntsman’s longterm goal to make JPH a 100% employee-owned company was reached in 2019. In this month’s cover story, “The House That Johnny Built” (see page 32 of our digital edition), our cover subject, JPH President/CEO Melvin DeLacerda, explains some of the details of the Employee Stock Ownership Plan (ESOP) that made it possible—and why being employee-owned offers big advantages for a company like JPH.

As the “greed is good” era fades at last, we’re seeing a new generation of business owners who want to do more than make a bundle and die rich. Social entrepreneurship is one example; these for-profit businesses also have a social mission to address problems in their community, from homelessness and hunger to employing people with disabilities. Huntsman was not, strictly speaking, a social entrepreneur, but he was a business owner for whom giving back was more than a marketing strategy. When he was ready to retire, he could have sold JPH to some big national company, but he knew that many employees who had done right by him for so long would have ended up on the unemployment line. A lot of business owners wouldn’t have cared about that—they’re often blinded by dollar signs. Huntsman was different. In that respect, he was ahead of his time in my book.

It’s true that doing good is good for business, and I predict more companies will follow that path in the coming years. But Huntsman did good for its own sake. I never met him, but I wish I had. The world could use a lot more Johnny Huntsmans.