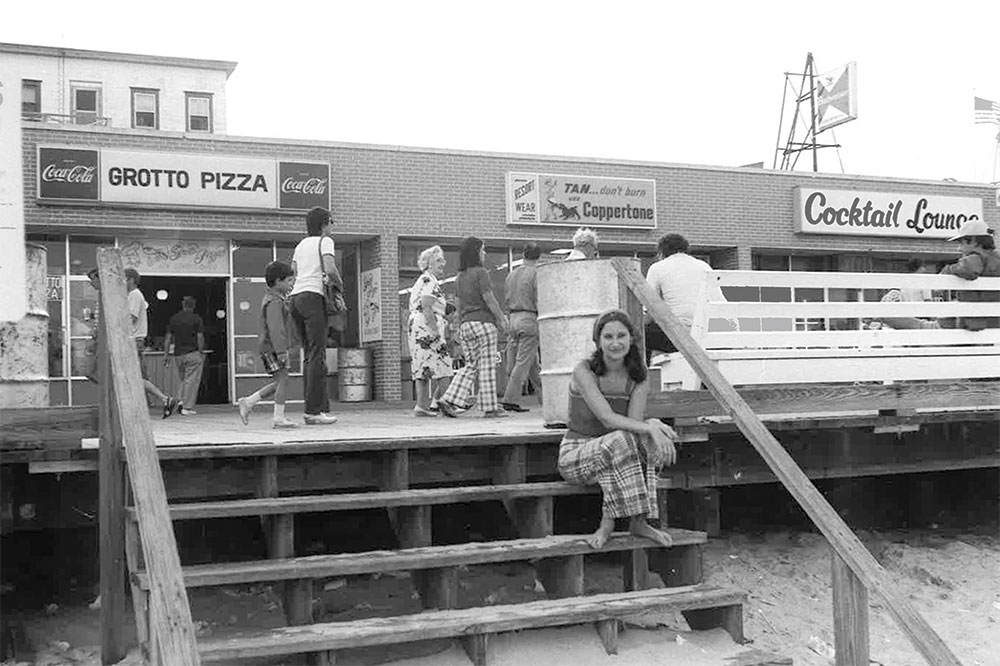 After years of honing his skills as a teenager working at his brother-in-law’s pizzeria in Pennsylvania, Dominick Pulieri opened a tiny slice stand with his sister and brother-in-law, Joe and Mary Jean Paglianite, in Rehoboth Beach, Delaware, and Grotto Pizza (grottopizza.com) was born. The early days were challenging, as most locals weren’t familiar with the Italian staple—but, thankfully, an influx of D.C.-area tourists (plus constant sidewalk sampling) helped bring in business. “We had humble and primitive beginnings, with takeout only, no tables and a used oven,” recalls Pulieri. “We opened in June 1960, and business started picking up around the Fourth of July.” He made $99 on July 1 and broke $100 for the first time on July 2, his 18th birthday.

At first, the pizzeria was seasonal, open only in summer; Pulieri, a biology major, taught school the rest of the year. Still, expansion was inevitable: In 1963, a boardwalk location opened, and the original takeout stand moved closer to the boardwalk in 1967. Finally, in 1974, the restaurant became a year-round enterprise. “Another pizzeria had opened up in town, and I saw customers lined up around the block,” says Pulieri. Lesson learned: “If you don’t serve your market, someone else is going to,” he laughs.

Of course, growth necessitated minor tweaks, including switching to conveyor ovens (a must to keep up with high-volume demand) and establishing commissaries to maintain consistency. Today, with 20 outposts in Pennsylvania, Delaware and Maryland (plus another opening this spring), the pizzeria is a casual family restaurant with a full menu and sports bars at newer locations. As his operation continues to grow, Pulieri’s next goal is to further formalize training systems, because his focus on employees has proven key to his success. “I always talk about Team Grotto,” he notes. “All of the employees are important, right down to the dishwashers. I’ll often pull them aside and thank them; they’re unsung heroes. I have people who have stayed with me for 25, 30 years.”

Another component of his longevity, however, involves an incessant passion for the pizza business and his mantra of winning “one customer at a time,” he says, which over the years has built multiple generations of fans. “I cherish seeing what it was and what it is now,” says Pulieri. “We’re not done growing; we haven’t even scratched the surface. The journey has been long, but it’s far from over!”