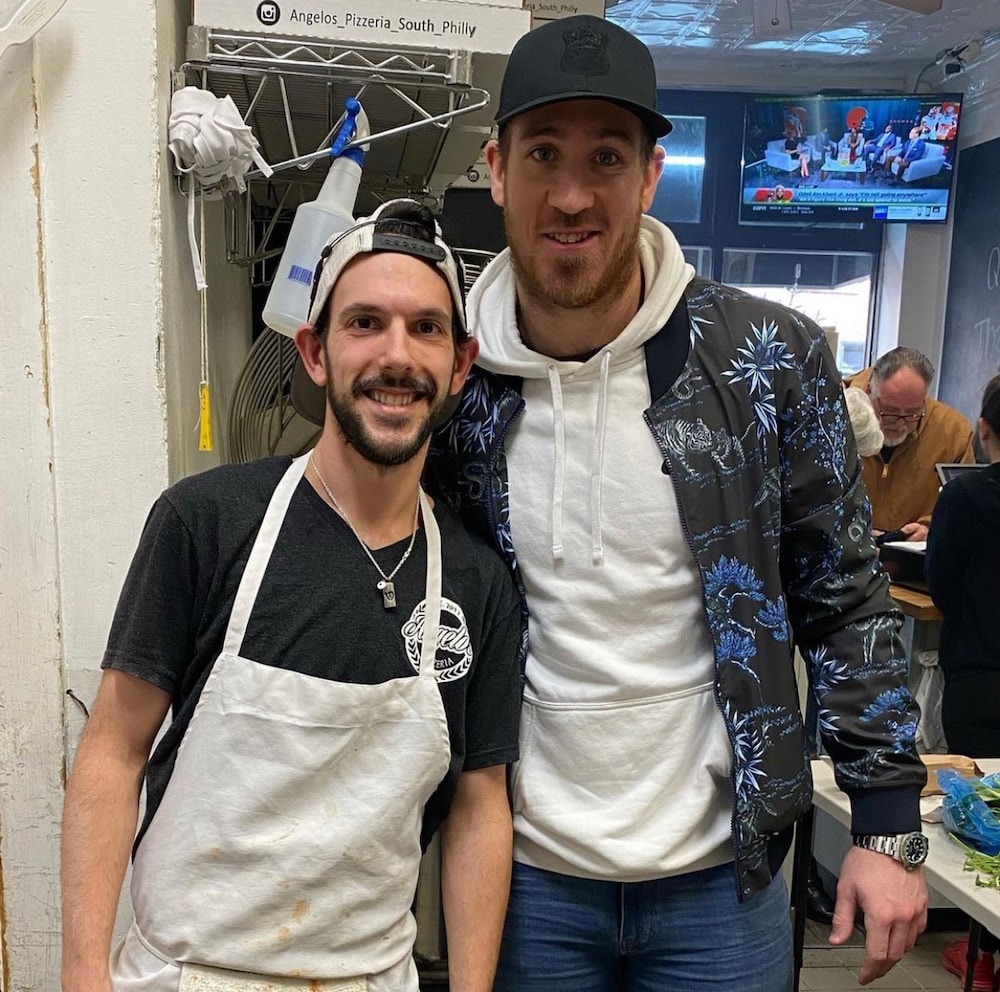 DiGiampietro, owner of Angelo’s Pizzeria in south Philly, can take pride in the fact that his store is reportedly Kevin Hayes’ favorite pizza joint. Hayes, in his first year with the Flyers, even ordered several dozen Angelo’s pizzas to be delivered to front-line workers at Penn Medicine back in April.

But can Hayes lead his team to a win over the New York Islanders tonight and advance in the playoffs?

According to NBC Sports, the stakes are higher than you might think, due to a bet DiGiampietro has made on the Flyers-Islanders game with the owner of Baci Trattoria & Pizzeria in Montrose, New York. The loser has to work in the opposing team’s gear all day and post a “nice pic” on social media.

What’s so bad about that? As the Baci Trattoria owner told DiGiampietro in a text about the bet, wearing a rival team’s jersey is “a sin to you … and a sin to me.” 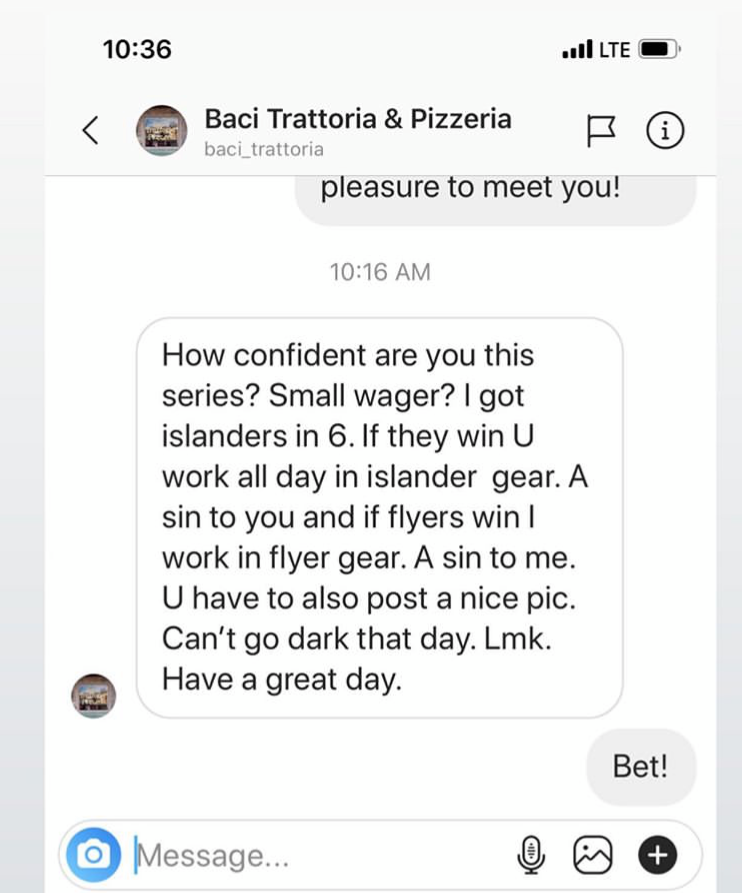