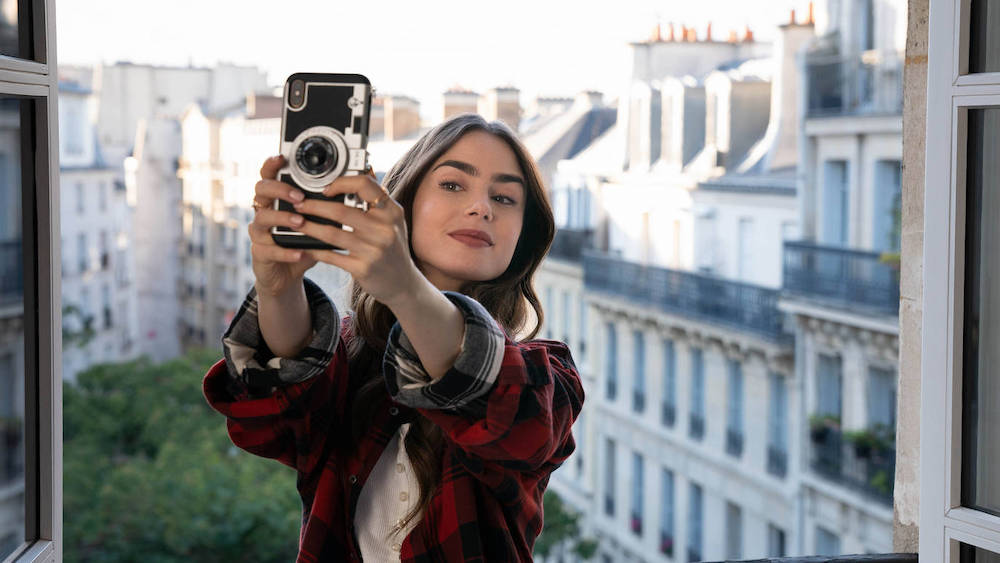 Digital marketing specialist Emily is not a fan of Lou Malnati's in Netflix's "Emily in Paris."

The main character in the new Netflix show, “Emily in Paris,” might want to stay in France—or, at least, stay out of Chicago—for a while.

The show has taken several jabs at the Windy City, the titular character’s place of residence before she moves to Paris. But Lou Malnati’s Pizzeria, the venerable pizza chain with 60-plus locations in the Chicagoland area, Indiana, Wisconsin and Arizona, fired back in response to Emily’s snide remark about its deep-dish pizza.

Lily Collins plays Emily, an ambitious millennial who moves to Paris for a digital marketing job. In one first-episode scene, Emily chats with her new boss, who compares deep-dish pizza to a “quiche made of cement.” To which Emily responds, “Oh, no, you must have gone to Lou Malnati’s.”

Lou Malnati’s sent out a press release today with a headline that read, “Lou Malnati’s Pizzeria Is Not a Fan of New Netflix Series, ‘Emily in Paris.’” The release’s subhead described the line as a “heartless insult.”

“While the writers of ‘Emily in Paris’ may not be fans of deep-dish pizza or Lou Malnati’s in particular, generations of Chicagoans would strongly disagree,” the press release read. “Malnati’s is always the first to participate in good-natured banter with pizza lovers from New York or California. However, it feels especially unkind to disparage anyone during these difficult times, given that most restaurants are struggling to hang on.”

The release includes a statement from the chain’s co-owner, Marc Malnati. “We’ve been serving Chicago’s favorite deep-dish since 1971,” he said. “When Netflix’s ‘Emily in Paris’ writers chose to take a shot at Chicagoans and our pizza to try to get a laugh, it felt heartless and not humorous in the midst of Covid-19.”

The company also used the controversy to tout a $5 discount off four-packs and six-packs of pizzas ordered through online retailer Tastes of Chicago through Wednesday, October 14.